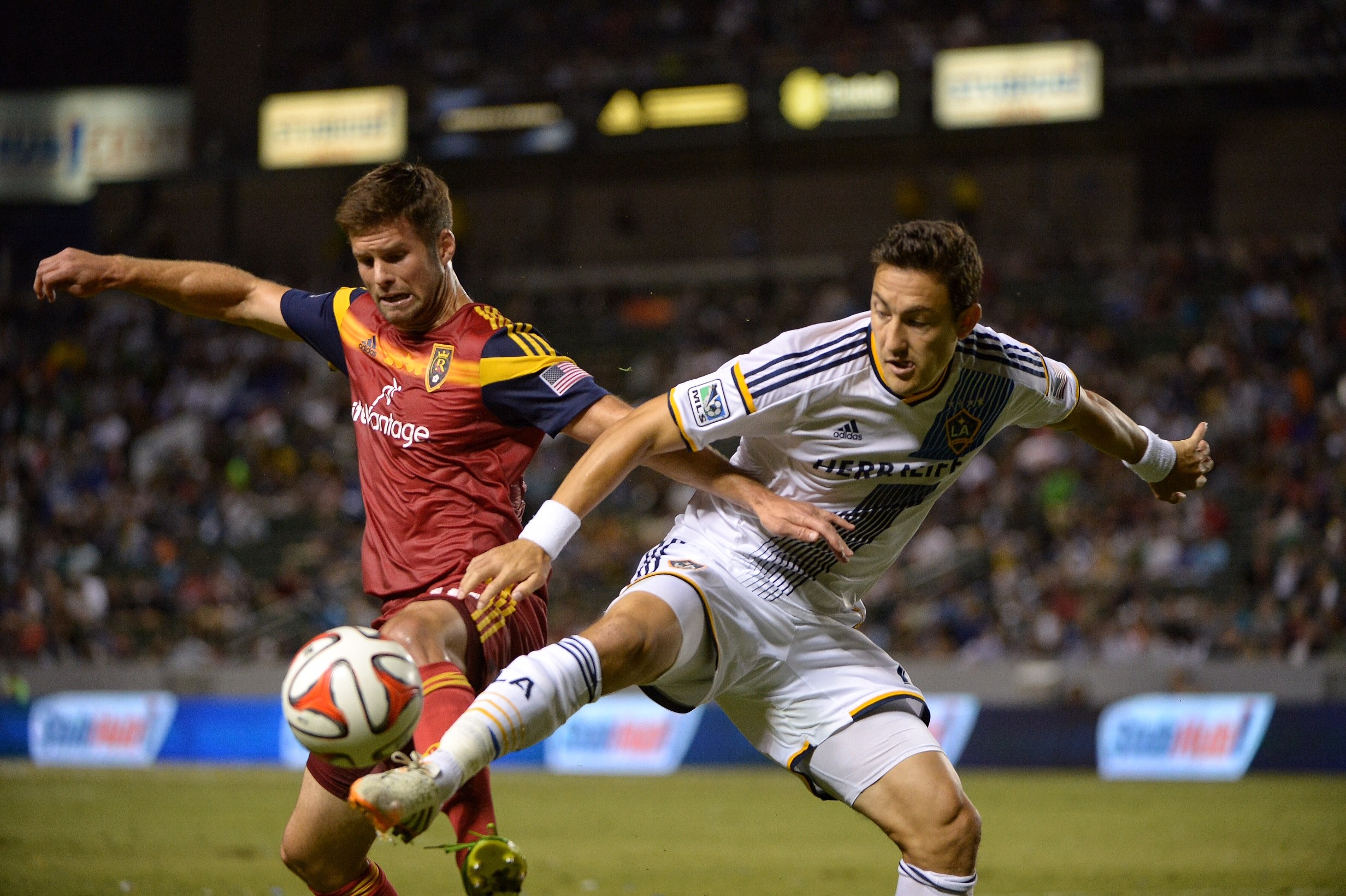 Saturday’s match against Real Salt Lake was chippy and hard-fought, a 90 minute slog back and forth between both touch lines — but it was a win, and sometimes that’s all that counts.

By any measure this game was close. RSL saw an edge in both possession (58% / 41%) and shots, where they managed one more than LA. The Galaxy’s difference maker was the lone goal of the night — and it came from homegrown star Gyasi Zardes.

Zardes’ moment of glory came in the 20th minute. Marcelo Sarvas played a ball low across the top of the box toward Landon Donovan. Donovan smartly stepped over it — leaving Zardes to swoop in, take a touch past RSL’s Joao Plata, and let loose a shot that rang off both posts before ricocheting into the net.

Gyasi had a good night, and his teammates definitely noticed:

“He has the skills and the talent. He can play in the midfield and up top. He is deadly, he is dangerous, and now he is scoring goals. He is coming to his own.”
—A.J. DeLaGarza

What followed were 70 minutes of good chances from both teams. In the 62nd minute Plata nearly made up for stumbling on Zardes’ goal — but LA’s keeper Jaime Penedo stretched out and got a single hand on it. And at 91’, Donovan had a breakaway that by all rights should’ve been a goal — if only he hadn’t tried to dribble around RSL’s Nick Rimando.

The LA Galaxy had a chance to put the nail in the coffin in the final play of the game. Donovan was once again in on goal, but as RSL’s defense caught up he smartly passed left to Marcelo Sarvas — who was taken out by Rimando, just as he entered the box. The foul looked weak to me but LA was awarded a penalty anyway. Sarvas took it, and Rimando blocked it.

“Last minute, Donovan let me kick the penalty. That happens; it is not the first one we lose of the season. I won’t ask anymore, I had my chance. But I’m just happy that we won. I think I could’ve scored, but Rimando had a good save; he moved pretty good in the line.”
—Marcelo Sarvas

The LA Galaxy have a couple stats to hang their hat on: they haven’t lost in seven games, and their three defeats is the lowest in the league. And with the fewest games played of any team in their conference, LA have positioned themselves well to find a playoff spot.

“It’s good for us to win a game like this. It’s what I would call a good, ugly game against a good team. We did a job good on the defensive end of the field. That was encouraging. Any time you get a shut out speaks volumes for the whole team. I think for the most part we played well and deserved to get the three points tonight.”
—Bruce Arena

The LA Galaxy continue their busy month of July with a home tilt against the New England Revolution, at 7:30 PM this Wednesday.