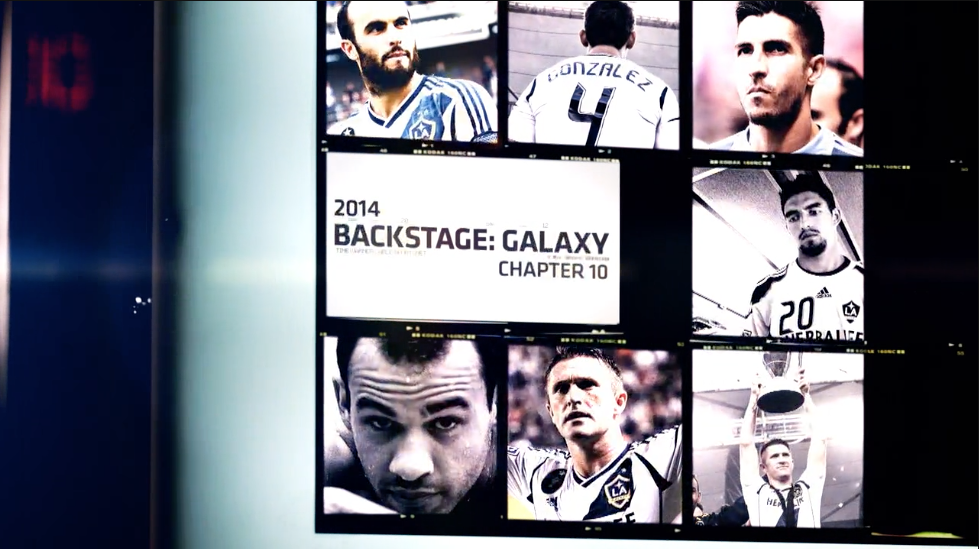 A little while back the great people over at Time Warner Cable SportsNet ran into me at training. They started asking some questions about how I got started and why I was at that particular training. That conversation led to a film crew coming to my office and apartment to take a look at how I do shows and my motivation behind it.

From the start of Corner of the Galaxy, it’s never been about anything more than loving the LA Galaxy. No one at the show gets paid and no one is forced to do anything. All the content that is created here at the website and for podcasts is done by people who love the team, love the game, and love providing an independent voice to Major League Soccer. So when the film crew came to my office, full of LA Galaxy memorabilia and anything else I’ve collected from my time as an LA Galaxy fan, I wanted to make sure that the story I told was 100% accurate. And with the very small window available to me I did my best to talk about the North American Soccer Network, and the guy who runs it Trevor Hayward, as well as all my Co-hosts (Jared DuBois, Cory Ritzau, and Adam Serrano). I also talked about the website and the great writers that volunteer their time to almost always get you a game preview or a game recap (Andrew Schmidt, Sean Steffen, Karen Melgar and Alex Rogers). Again, they don’t get paid, they do it because they love it.

But as ‘Time is Money’ the segment TWC SportsNet produced was focused and told just a very small portion of the total story. And I’m not blaming them one bit. They did what they do. Which is making Award Winning television. But I wouldn’t feel right taking all of the credit for this pretty incredible product.

And the biggest thanks goes to Jared DuBois. He is the reason I got started in podcasting. We tried one show because a friend of his was starting a new network and wanted an LA Galaxy podcast. Jared and I didn’t think it would work, but we sent in our, very rough, podcast thinking it would get rejected. Instead it was published the next day and we were asked to have the next one done for the following week a day earlier. We just put out our 161st episode of that show. And I’m ridiculously proud of the schedule we’ve kept over all those years and I’m eternally grateful for the opportunities this show has given me. We will continue to push to get the best and most interesting guests on the show. And we’ll always maintain that your LA Galaxy news should be entertaining, informational and independent.

So I thank every single one of our listeners. I mean, we’d do it without you guys, really we would. But it makes us, and especially me very proud to know that you trust us, you listen to us, and you interact with us because we’ve filled a niche that was empty before. We’ll continue to make this product, and hopefully you’ll continue to read, watch and listen.

But in the mean time, click the Giant links above and watch a small peak into the Corner of the Galaxy.