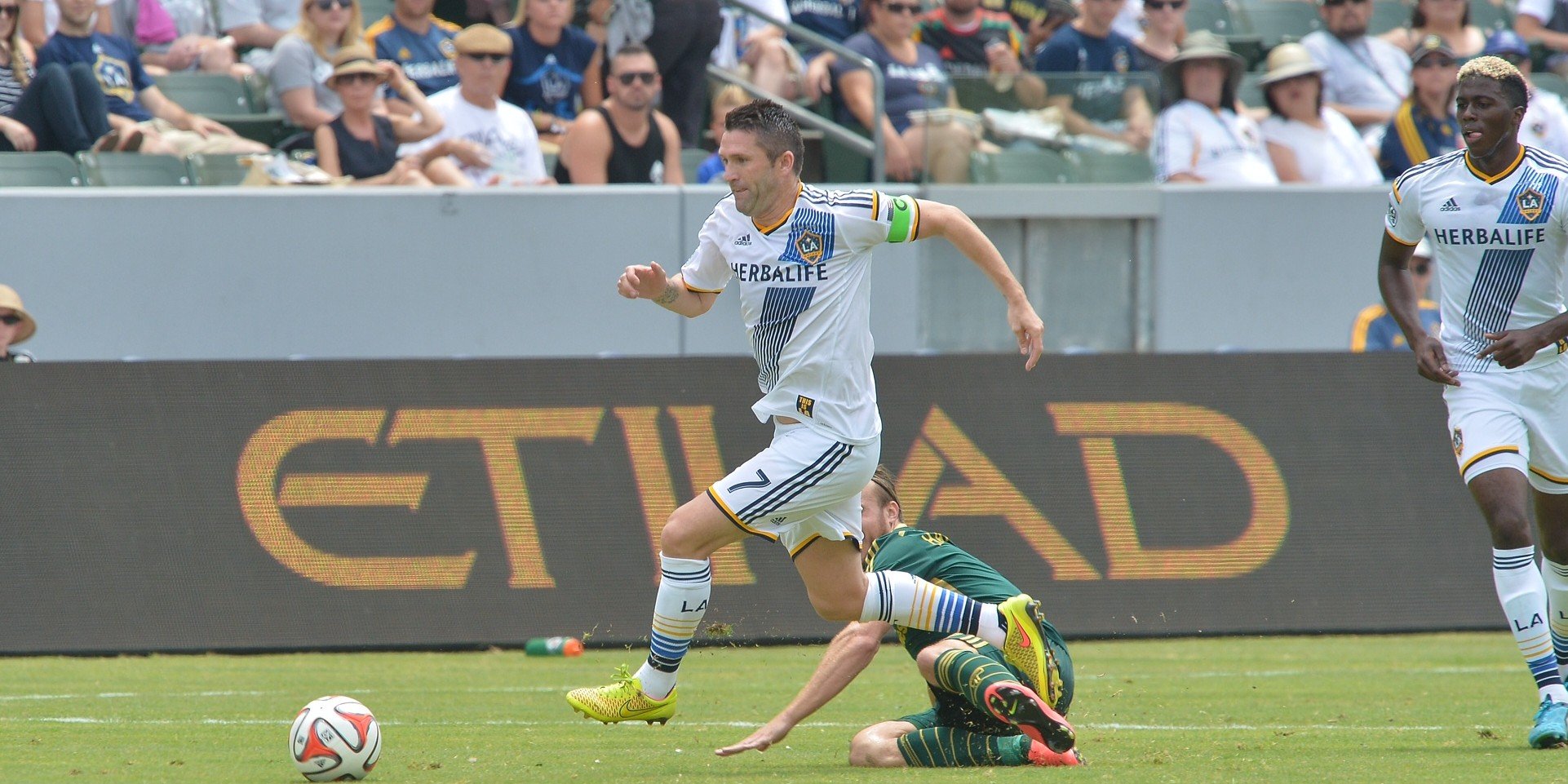 BRING IT TO A VOTE: LA Galaxy MVP & Defender of the Year

As the post season draws near most teams in Major League Soccer turn their attention to awards. And, like most teams, the LA Galaxy recently sent members of the press a voting ballot to determine who is the Galaxy’s 2014 Most Valuable Player and Defender of the Year.

No criteria is given to either award. Only that players from all positions are able to be nominated for MVP and Defender of the Year.

Selected Members of the press are able to rank players for each category. Effectively you get to choose a top three for both.

As I do every year that I’ve been given a vote, I give you my ballot. After all, I should be open to criticism if you think I got it wrong. Plus, of course, I love the boost in confidence when you tell me I’m right.

The LA Galaxy don’t give press any criteria on which to base their decision. So I guess I’ll just try and justify each player I voted for. In some cases, I don’t think I need to justify very much.

Let’s do this “VH1 Countdown” style, shall we?

LA GALAXY DEFENDER OF THE YEAR 2014

I know that some of you are already rolling your eyes at me. After all Omar does have 4 goals and 2 assists in 2014. And defensively he’s really been able to apply himself after coming back from the World Cup. But I can’t forget what happened prior to the World Cup. Defensively he was hesitant and his pairing with Leonardo (not his fault) did neither of them any favors. He’s been really solid on the offensive side of the ball which is great, but he just wasn’t consistent enough through the whole season. His effort down the stretch, however, leaves him very high on my defenders list.

Nobody really even knew if Dan Gargan was going to make the team in the pre-season. In fact, he almost seemed like a piece the Galaxy didn’t need. After all, they had James Riley, Todd Dunivant and younger guys to back up the vets. But all it took was one, nearly-season-long injury to James Riley, and Dan Gargan became the go-to-guy way back in March.

Dan has played well over 2,200 minutes so far this year and has 5 assists for the team. But much of what he provides can’t be quantified on paper. He’s a hustle machine, plain and simple. Overlapping runs? Yep. Tracking back on defense? Yep. Solid defensively? Yep. Dangerous on the Attack? Absolutely. Dan is one of those guys who plays the right back position like he’s a box-to-box midfielder. And his hustle going forward, as well as his stingy defense in the back was one of the biggest surprises of this 2014 season.

If you watched any LA Galaxy games since 2009 you know who AJ DeLaGarza is. He’s hands down one of the best defenders in Major League Soccer. His anticipation and knowledge of the game, plus his recovery speed means you don’t see AJ making many last-ditch tackles to kill a play. That’s because he killed it several steps earlier, when he cut the pass off or marked his man to the end line.

AJ has played over 2,300 minutes this season and at every position in the defense. Injuries to the aforementioned James Riley, Todd Dunivant, Robbie Rogers and recently Dan Gargan have seen AJ play in the center with Omar and Leonardo, and on both the right and left flanks. But his dedication never wanes. He’s become a true ironman on the back line even in the face of extreme personal tragedy this season. And don’t think AJ is getting a sympathetic vote — he’s not.

AJ is, simply put, the best defender on the LA Galaxy and he has been for awhile. We can argue about how good he’d be if he were 6 inches taller another time. But in the mean time, just keep underestimating him for his size. He loves it when you do that.

Gyasi Zardes couldn’t hit water if he fell out of a boat last year. He would take the shots, but he couldn’t finish them. And of course he took about 1,000 shots that were just barely contained by StubHub Centers berm. It was a trying rookie campaign.

So what did Gyasi do? He worked ridiculously hard in the off-season and throughout this season and outplayed every striker Bruce Arena tried to place in front of him save for Robbie Keane.

Gyasi has started 24 game so far and has scored 16 goals with 2 assists. That’s 18 goals he’s had a hand in during this season. He’s become a certified third threat alongside Robbie Keane and Landon Donovan. And if you don’t pay attention to him you’ll get punished.

Bottom line: Gyasi Zardes has grown much smarter in how he plays and understands the game. His progress from last year to this year is ridiculous. As a fan of the team you can only hope he’ll continue to improve throughout the season.

Is this man really retiring?

Leading up to the World Cup camp Landon Donovan struggled to find a rhythm that would see him set MLS’ all-time goals mark. And while it took him awhile to get started this year, he now owns that record all to himself. By the way, he also picked up MLS’ all time assists record as well.

And if you weren’t paying attention he’s scored 10 goals and put up 19 assist. Now, three of the goals were taken from the spot (he’s 3 for 3 this year on penalty kicks) and those technically don’t count in my MVP voting. So Landon Donovan has had a hand in 26 goals for the LA Galaxy this year.

He’s played with passion, poise, intelligence and heart. All the things that have pretty much defined his tenure as America’s greatest soccer player. And he seems to be peaking at just the right moment to capture LA’s fifth MLS Cup. And if it wasn’t for the number one guy on my list, he’d walk away with this award without saying a word.

Robbie Keane is my 2014 LA Galaxy MVP. If I could vote on the league-wide award he’d get my vote for that as well. He’s scored 19 goals (only 1 from the spot, because he missed the other 3) and he has 14 assists. He’s had a hand in 32 goals to this point in the season. That’s ridiculous.

Most players are either out-and-out goal scorers or they’re providers. But the LA Galaxy have two of the best, most versatile players at doing both in the league. Robbie Keane can create a chance from nothing, score from impossible angles, and find the perfect pass to cap off a 22-pass possession. And when you combine him with Landon Donovan, the soccer IQ goes through the roof. Robbie Keane sees the game differently than everyone else, and in spite of fans thinking he’s a gesturing bully on the field, every player talks about how much they respect him. He plays the game the right way and his effort is, more often than not, rewarded with a goal.

Robbie Keane is a leader for this team both on and off the field, and because of his creativity, his vision, his finishing and his role in providing, he’s, in my mind, this year’s 2014 MLS MVP. If you’ve watched a majority of the games this year, his play – his miraculous goals and improvisation – clearly stand out as being the most valuable.

WHAT DO YOU THINK?

We’d love to know where you think I went horribly wrong. So light up the comments section. I’m not above the abuse. And of course there are players that were close and didn’t make the cut.

And if you think that this article is all a sham, I leave you with my actual ballot for the 2014 LA Galaxy Awards. It was sent in exactly this way.

My #LAGalaxy Ballot for MVP and Defender of the year. This is just a TEAM award. I have no vote in the MLS award. #FullDisclosure #MLS What are your picks?