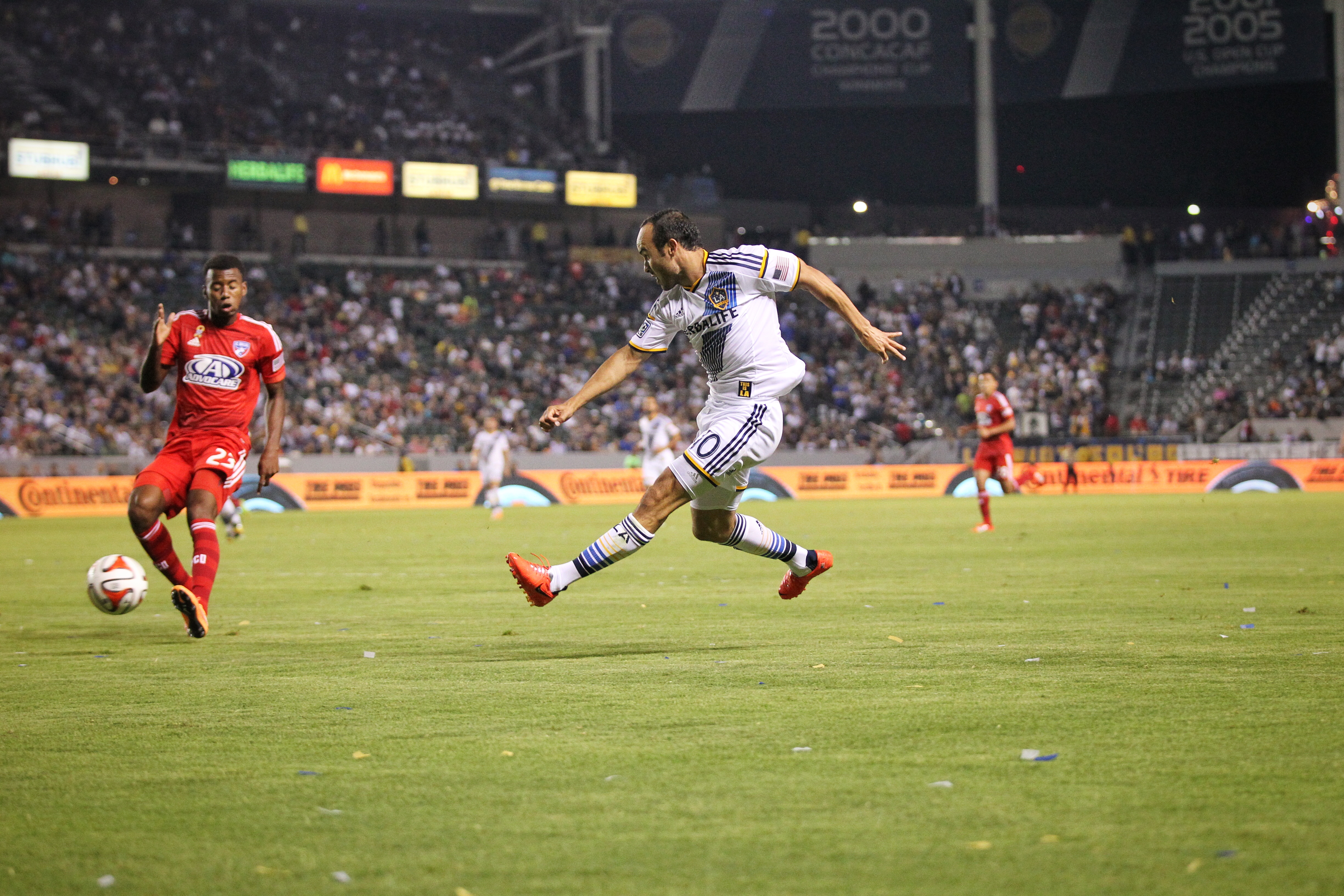 CORNER OF THE GALAXY: TIED BUT NOT EQUAL

On this episode of Corner of the Galaxy, your hosts, Josh Guesman, and Cory Ritzau turn most of their attention away from the 2-1 loss at Dallas and onto the man who will be making his last regular season home game appearance. And while Landon Donovan may see Sunday’s loss to FC Dallas as a “wake-up call,” the guys discuss whether or not Landon’s wake-up call may be getting to say goodbye to a lot of people who’ve watched him play a lot of games.

Will it be too emotional for Landon and the team to handle? It’s a discussion that is full of Landon Donovan memories, both good and bad.

Then the guys focus on the LA Galaxy vs Seattle Sounders matchup. Does Seattle have a weakness? It’s game 1 of 2 and the Galaxy need 4 points to win the Supporters Shield while the Sounders only need to get two points from these last two games to clinch the best record in Major League Soccer. And StubHub Center is a fortress for the Galaxy this year, so what can we expect from Seattle that is different from the last time these two teams met? And what is really on the line, besides The Shield?

It’s 55 minutes of pure LA Galaxy discussion and we’ve got it focused on the biggest game of the LA Galaxy season.