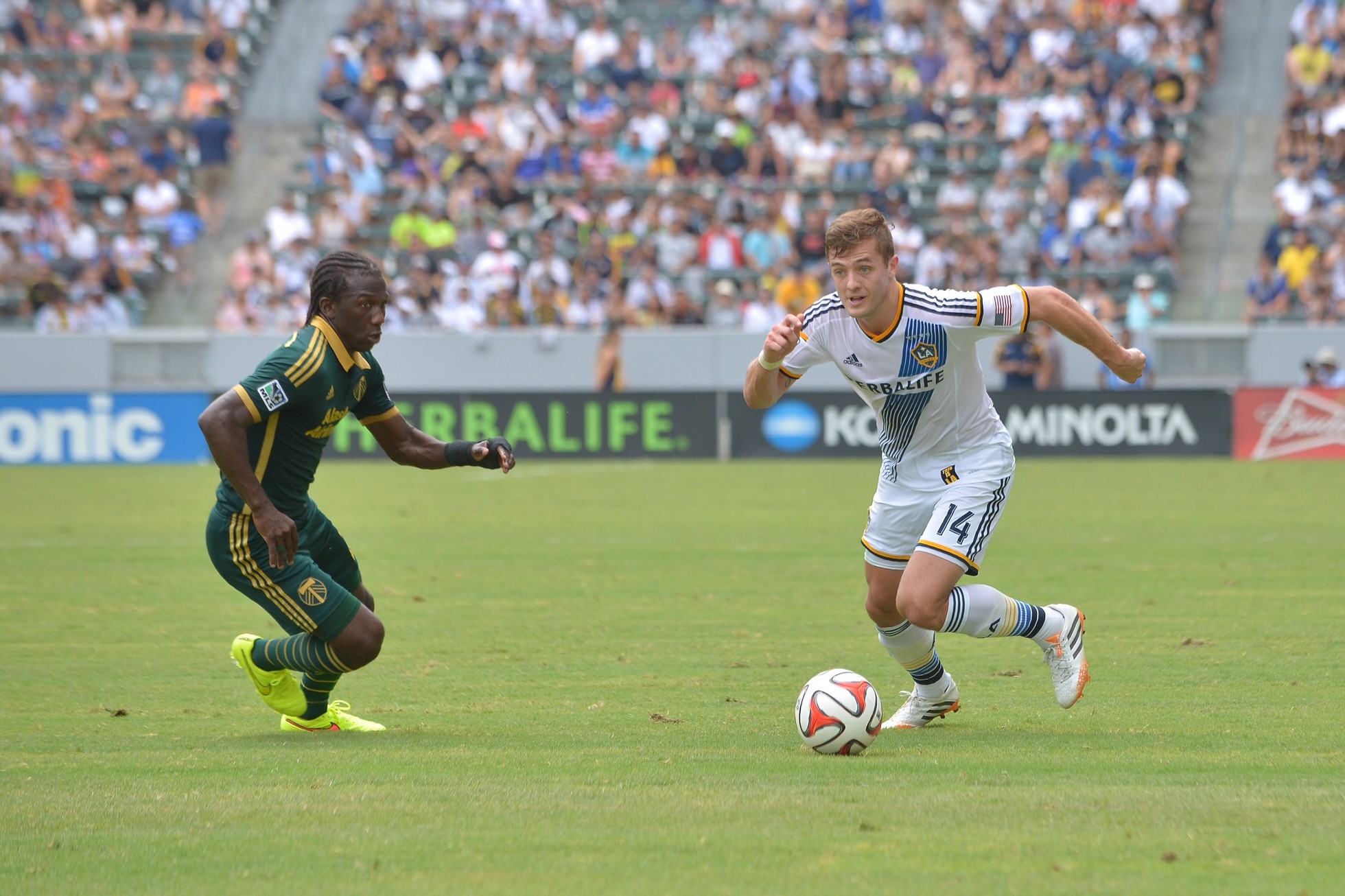 Carson, California – The LA Galaxy announced today that Robbie Rogers has been signed to a multi-year contract extension with the club.* Rogers, joined the LA Galaxy after his rights were traded from the Chicago Fire to the LA Galaxy for beloved LA Galaxy player, Mike Magee on May 25th, 2013.

What followed that year was a series of injures and setbacks that had many fans and media members questioning the trade. Rogers logged just 11 games and only 602 minutes for the club in his first year with the LA Galaxy.

However, in 2014, Robbie Rogers has been a revelation. Since transiting from a midfield player to a left back role, a switch that started on June 8th in a 1-1 draw with, now defunct, Chivas USA, he’s been outstanding. He’s logged nearly 1,500 minutes to date and has played in 21 games starting 17 of those.

“We are excited that Robbie will remain a part of our organization going forward. He has proven to be a dynamic player in our League and an integral part of our success this year. We look forward to his continued contribution in the years to come.” Bruce Arena, LA Galaxy Head Coach and General Manager

Rogers has been a key part of the attacking style of soccer that saw the LA Galaxy score more goals than anyone else in the league (69), all while allowing the fewest goals (37). His combination play with Landon Donovan on the left-hand side of the field is a major reason Donovan, and the team, have been so successful this year. He’s become someone that is a threat, and therefore, can relieve pressure, or the double team, from blanketing or trapping that side of the field.

And let’s not underestimate his defensive skills. He’s marked some of the best attackers in the league. And the teams success on defense can be directly attributed to his presence. The LA Galaxy are 10-2-7 in all MLS competitions in which Rogers appeared.

Throw into the equation that his locker room presence and even-keel attitude is another reason for the success of this LA Galaxy, and you quickly understand why Bruce Arena was quick to lock Rogers up for the foreseeable future.

And while Robbie Rogers’ injury concerns are alway a worry, this year has proved the trade, that was originally thought of as one of the worst trades in league history, is actually paying dividends for the LA Galaxy.

It looks as though Bruce Arena has, once again, found exactly the player he was looking for. Even if it happened 12 months later than everyone would’ve liked.

*Per League and Club policies, details of the contract were not disclosed.