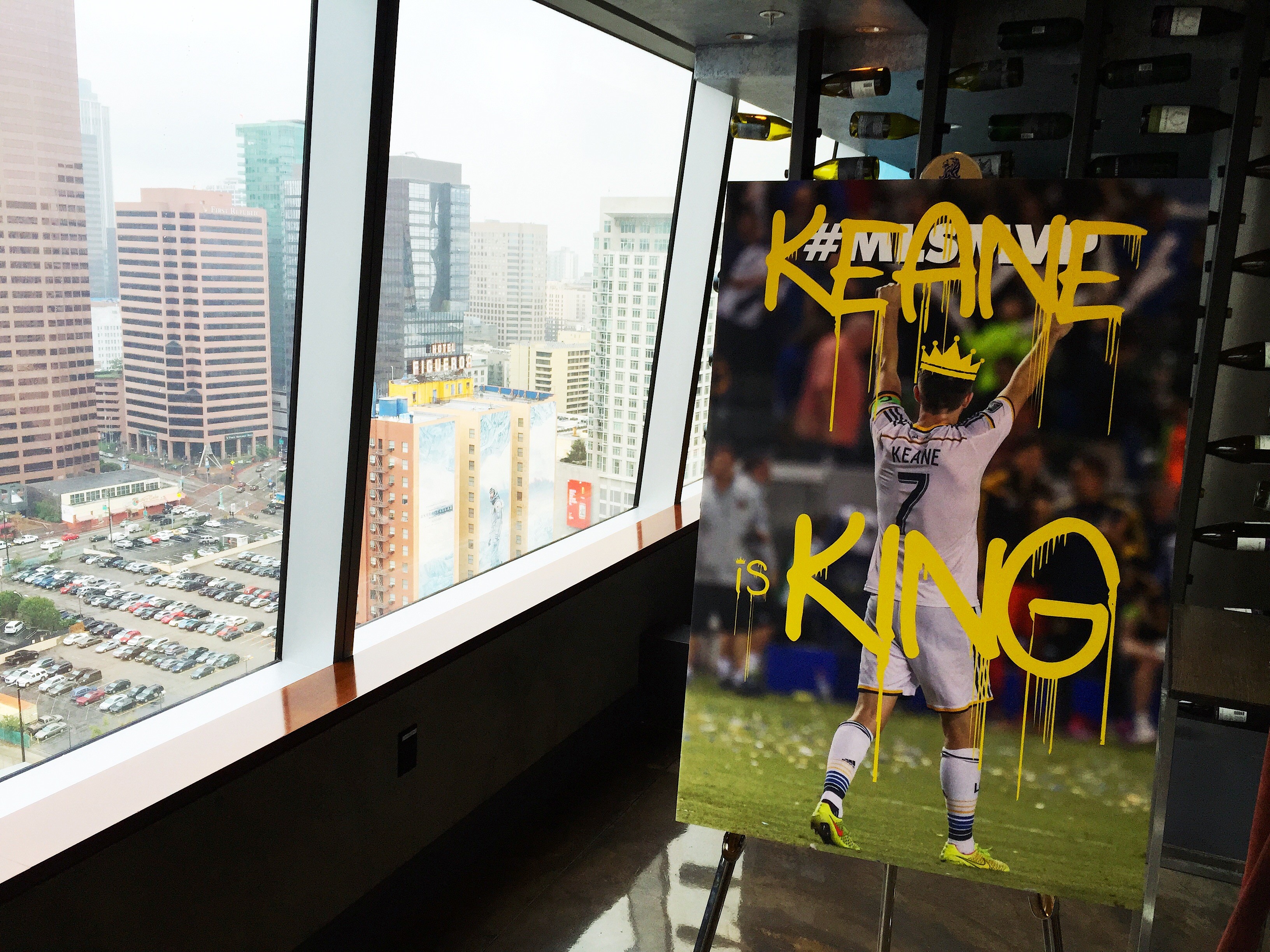 The secret was out from the moment reporters arrived at LA’s Ritz Carlton for MLS’s MVP announcement. Posters of Robbie Keane lined the halls. “Keane is King” and “King of LA” were scrawled in yellow graffiti. And in case the message wasn’t clear, LA Galaxy staff were manning the media check-in. “Robbie lives just two floors down,” said one of them. Convenient.

“You can’t match too many players in the history of our league who have put up the numbers he has,” said head coach Bruce Arena, in a hallway outside the press room. “But Robbie’s special. His movement off the ball was terrific. He’s very deceptive on the ball and off the ball.”

19 goals and 14 assists. That’s what Robbie Keane’s 2014 record looks like. It’s not the most goals and it’s not the most assists — but it is the most combined. And that’s long been the argument for Keane as MVP: he’s not just the guy on the end of the pass. He’s also the guy making the pass.

“He played a little bit different when Beckham was here,” said Arena. “Beckham could deliver the ball wherever he was. At times, with our team, he’s the playmaker. Other times he’s the goal scorer.”

Whatever Keane’s approach is, it’s a winner. In his three years with Galaxy they’ve claimed two MLS Cups. On Sunday, they’ll fight for another. In a league with a history of high-profile European players that flopped after coming across the pond, Robbie Keane stands out. He hasn’t flopped. His profile is higher than ever.

“What’s made Robbie unique,” says Bruce Arena, “is that he bought into our league and everything we do right away. It wasn’t a fight.”