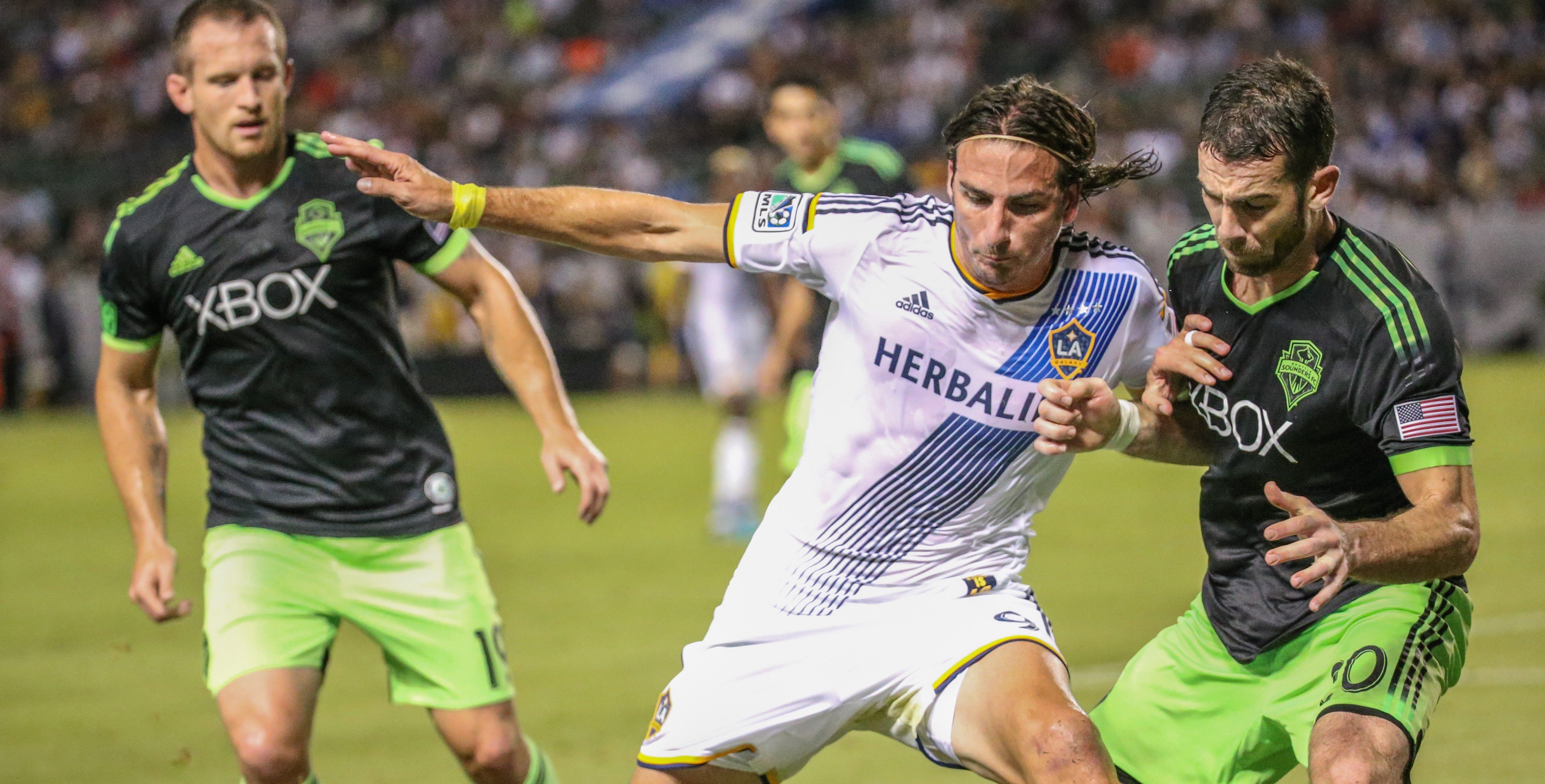 #Bashtag Alan Gordon is here to stay! The big center forward has gotten a well-earned contract extension after a solid first season back in his second stint with the LA Galaxy.  Following his August move from San Jose Earthquakes, Gordon notched 5 goals and an assist on the way to his second MLS Cup championship with the Galaxy, his first going back to 2005.

Now 33, the Southern California native isn’t getting any younger but he proved this year that he is more productive off the bench than as a starter, coming on late in games and beating down tired defenses, and scoring goals.  He became a vital late game substitute, and he was used in every single game of the championship run through the playoffs.

When he isn’t scoring goals, Gordon is busy being a fan favorite—repairing his relationship with the LA Galaxy faithful after he joined California rivals San Jose, buying kegs for the tailgate before a game.

MLS MVP Robbie Keane has always had high praise for the striker, saying after Gordon’s incredible long ranged shot against Toronto late in the season, “We keep saying it every time he comes on — when he comes on he scores. It’s always good to have someone like that on your team.”  But are those nice words made from fear of the bash bro? Decide for your self:

Per MLS policy, the terms of the deal haven’t been disclosed so it’s difficult to predict how much longer Gordon will stick around, but Bruce Arena will be happy to look down at his bench next season late in a game and call on his trusty #9 when he needs a difference maker and a goal.