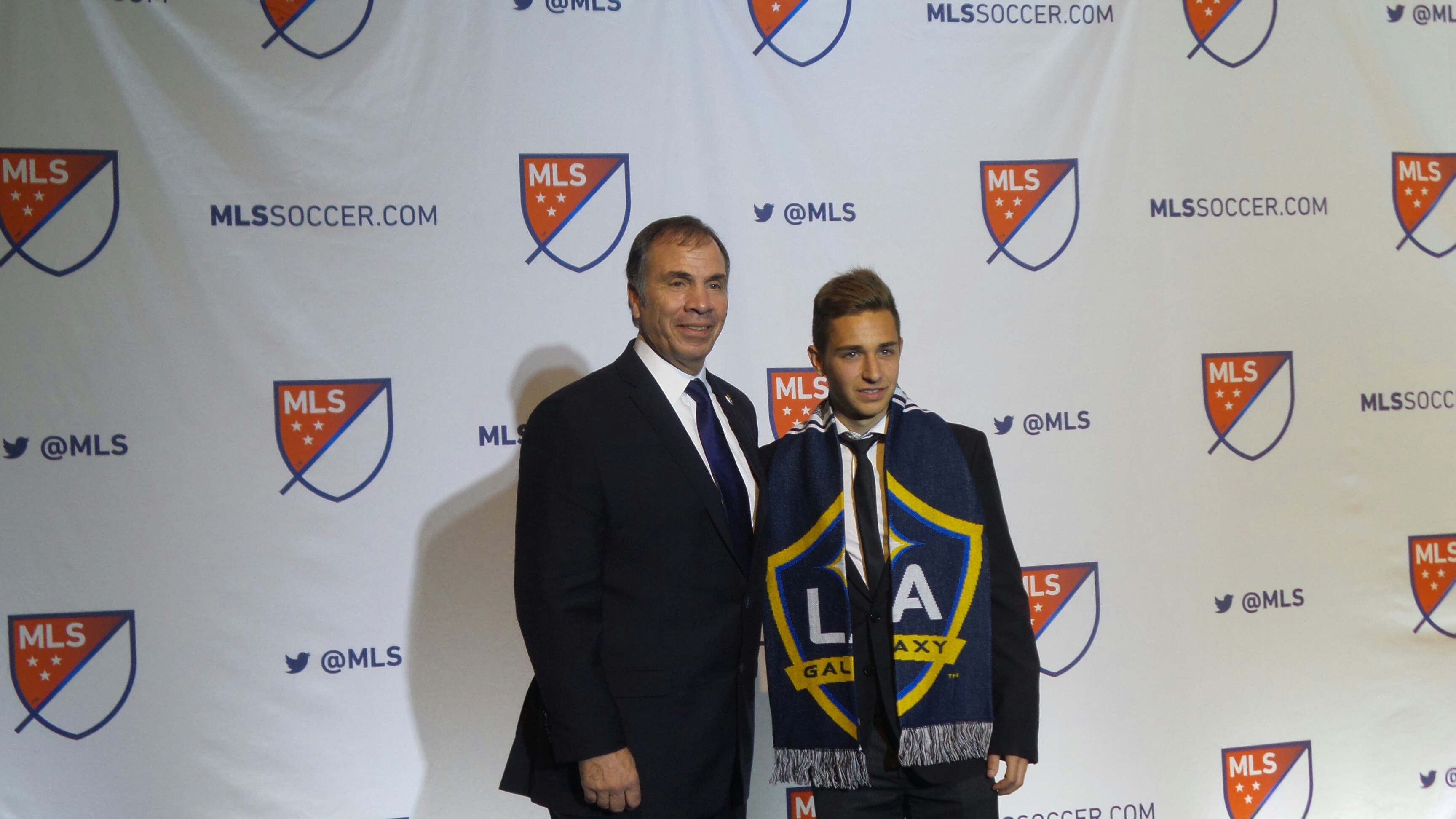 The biggest news for LA Galaxy, for about an hour, was the selection of Iona College’s Ignacio Maganto at the MLS Superdraft.

A bit of the spotlight on LA Galaxy’s newest player was lost in the midst of the Sarvas’ trade news and aftermath. So we’re here to fill you in on this special 23-year-old Spanish forward from Iona College.

At 5’8” and a mere 140 lbs he’s easy to overlook but the vigilant Bruce Arena knows quality potential and class when he sees it. Maganto won’t disappoint. In late 2010, he was in trials at Manchester City, turning heads as one of Robert Mancini’s squad of hot new prospects. Prior to coming to the US to play at Iona in 2011, he was set on joining La Liga’s Getafe — a lower division team in Spain. But it would have meant he’d have to give up earning a college degree. That was unacceptable to him. “You never know what will happen in football and you must have a back-up.”

Ignacio showed incredible promise at Iona, racking up 27 goals and 11 assists in his four years there. Top Drawer Soccer ranked him 66th in their top 100 upperclassmen, and he was Metro Atlantic Athletic Conference’s Offensive Player of the Year, a first team All-MAAC selection, and named to the NSCAA All-Northeast Region and ECAC All-Star First Teams.

His head coach at Iona puts it best: “Some may be stronger, bigger and faster, but none possess the complete skill set and Spanish flair that make up Nacho’s game.”

“Some may be stronger, bigger and faster, but none possess the complete skill set and Spanish flair that make up Nacho’s game.”
—Fernando Barboto, head coach, Iona College

Maganto was initially hoping to be selected by NYCFC yesterday, having trained with them after graduating and with the allure of David Villa as a potential mentor.

But he’s always been an adaptable guy: “I usually play up in the middle. I like playing attacking midfielder as a ’10’. But I can also adapt very well on the wing.”

A little Spanish flare, the breadth of skill building, flexibility and drive Ignacio possesses make him an excellent up-and-coming talent for the Galaxy’s technically high caliber play we all love.