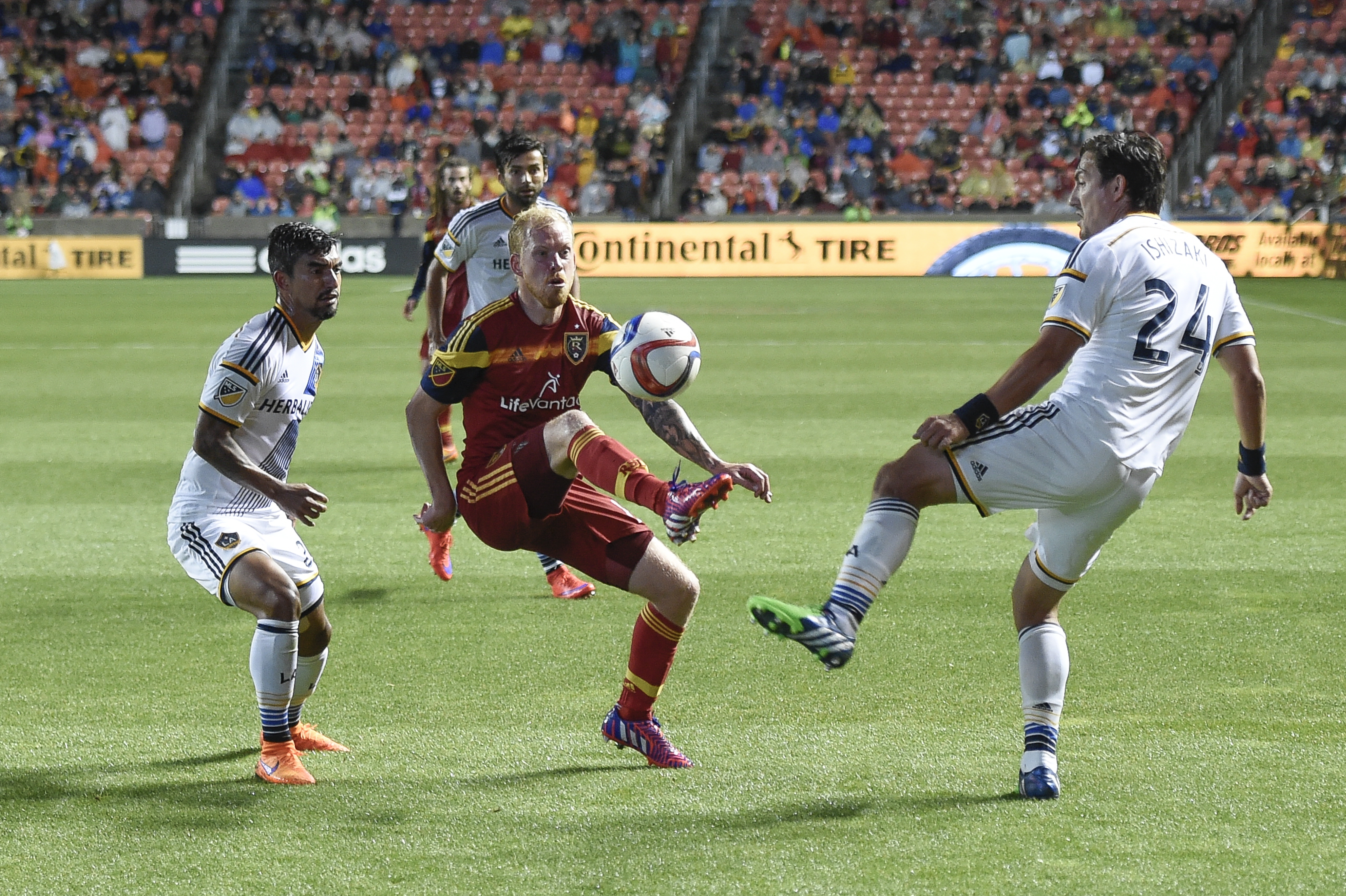 Last weekend the Los Angeles Galaxy stole what can only be called a gritty three points from a Houston side that appeared to be holding on for a draw. After failing to score despite having the most ball possession in the match the Galaxy was saved during the dying minutes of the game by the aerial heroics of Alan Gordon.

This Wednesday the Galaxy face Real Salt Lake — a team that they played to a draw just three weeks ago. With a win finally on the record, the Galaxy look to use the confidence they found against Houston as strength against an old and familiar Western Conference rival.

SO FAR, SO MUCH THE SAME

Comparing the statistics for these teams reveals an interesting fact: they’re more similar than not.

First, both teams are looking to fill in missing pieces vacated by integral players and personnel from past years. As a result, each is struggling to maintain the winning record they have been known for over the seasons.

Los Angeles and Salt Lake each find themselves at 17 points on the season with a goal difference of -3. Despite coming off of a two game win streak, Salt Lake has achieved those wins against two of the worst teams in the league: the Chicago Fire and New York City Football Club. In fact, like the Galaxy, Real Salt Lake has struggled against some of the more offensively potent teams of MLS. However, it is where these two teams differ that will make the difference in this match.

With Robbie Keane still working towards match fitness, the Galaxy will most likely find themselves continuing to struggle offensively. Unless they have been able to work out their issues since last Friday, LA will probably have another gritty game with Salt Lake. Against a team with a goal keeper at the skill level of Nick Rimando, the Galaxy simply cannot depend on Alan Gordon to save them on a set piece for this match.

The Galaxy have scored only four goals in open play this season with the other six coming from corners or crosses. Salt Lake’s offense is an antithesis to what the Galaxy has presented so far in the season as it has been able to score a majority of its goals in open play. This means that the defense of the Los Angeles Galaxy must perform as well their goalkeeper has the last few weeks.