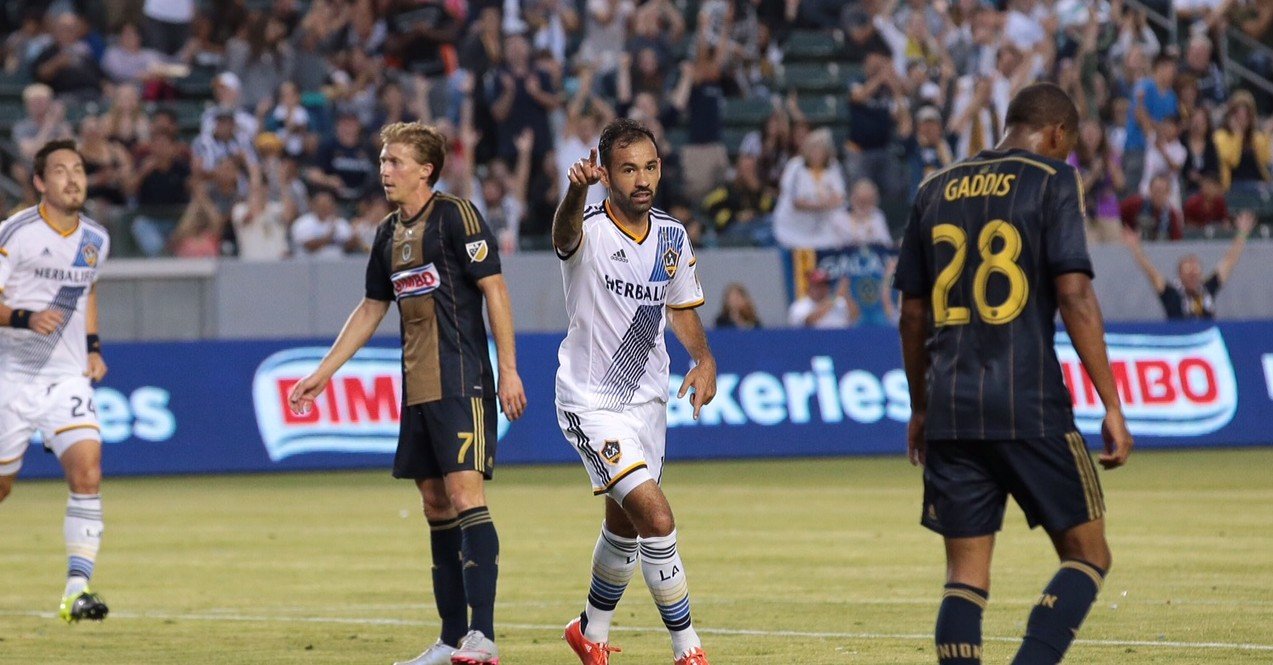 On today’s show we’re recapping the LA Galaxy’s victory over Philadelphia and also getting you ready for the Portland Timbers on Wednesday night at StubHub Center.

It’s another quick show for you while we get you ready for the LA Galaxy‘s Wednesday night matchup with the Portland Timbers.

First, your hosts Josh Guesman and LA Galaxy Insider, Adam Serrano, are going to take you through every single goal in the Galaxy’s dominate performance of the Philadelphia Union. The Galaxy scored 5 goals and it was from 5 different players as they ran over the struggling Philadelphia Union.

Zardes, Lletget, Juninho and Baggio Husidic did a great job all night and helped the LA Galaxy get some valuable points at home. We’ll give you the in-game audio, courtesy of Time Warner Cable SportsNet, and we’ll round that out with your calls and the post-game audio from the Bruce Arena, Baggio Husidic, and Gyasi Zardes. It’s a recap that you can only find on Corner of the Galaxy!

Finally, an 8PM kickoff awaits the LA Galaxy as they’ll host, winners of four straight, Portland Timbers. The red hot timbers will look to avenge the 2-2 draw they gave up in Portland earlier this year. It should be a great game full of two teams who want more points.

Where else can you find this type of LA Galaxy talk every single week? Only right here on Corner of the Galaxy!