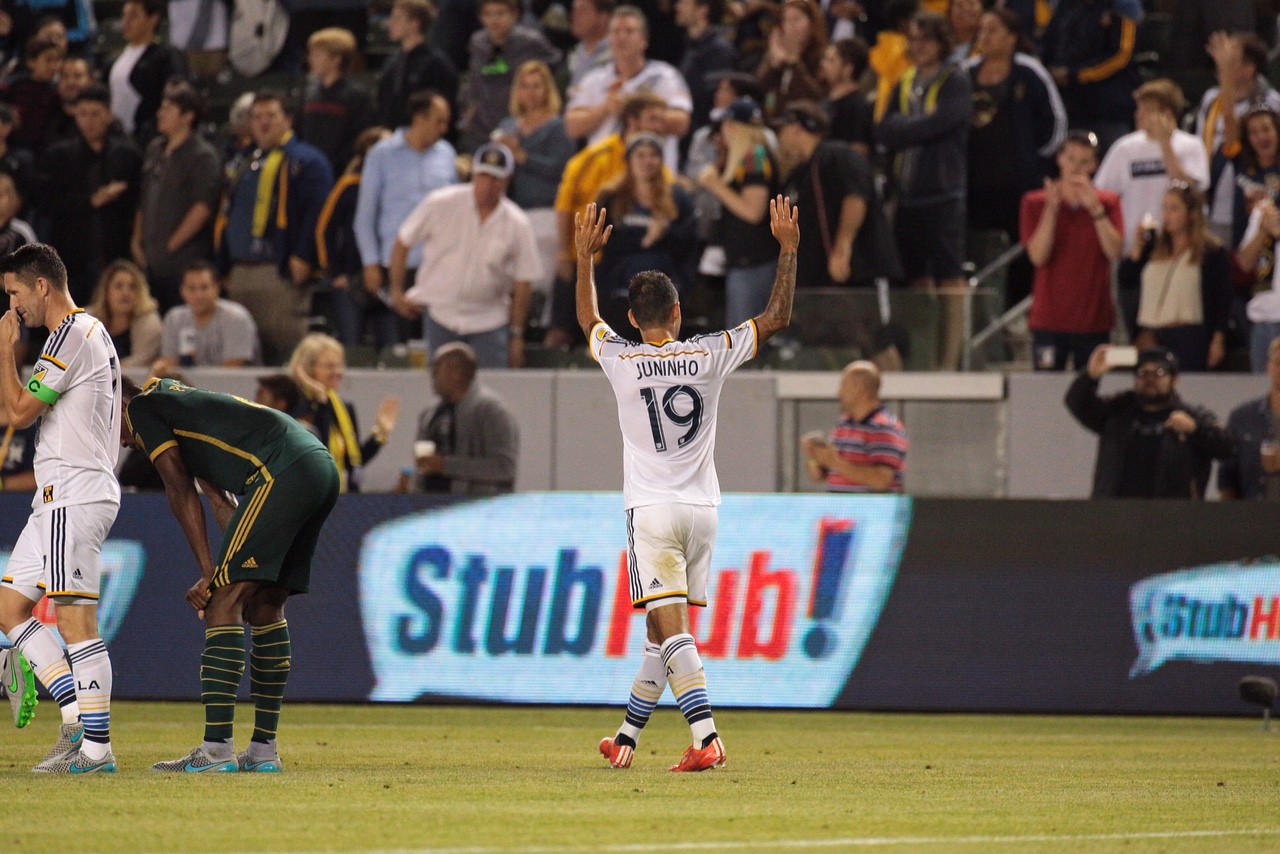 Everyone knows about the early struggles for Bruce Arena and his club. The side was just kind of coasting, unable to find their rhythm on either the offensive side or the defensive side of the ball. It looked as if they were just going through the motions, waiting for their normal goal-happy forwards to start banging in the goals.

In the last couple of matches, however, things seem to be clicking on all cylinders as there were five different goal scorers in tonight’s 5-0 pounding over the Portland Timbers at home. Sebastian Lletget has really found his groove and scored another, his fourth in four games, with Robbie Keane, Robbie Rogers, Juninho, and Jose Villarreal finished off the scoring.

“In the early minutes of the game he was our best player. He made a bunch of good plays and then ultimately got the first goal.”
—Bruce Arena, LA Galaxy GM/Head Coach

Sebastian Lletget continues his hot start by netting his fourth goal as a member of the LA Galaxy to open the scoring in the 13th minute. Robbie Keane received the ball at the beginning of the attacking third of the pitch and found the feet of Dan Gargan down the right side. The right-back continued his run into the box where he found Lletget making a late run into the box and placed the ball into the back of the net giving the home side the early 1-0 lead.

There was a second goal for the Galaxy less than five minutes later and again, Lletget raced behind the Timbers defense and was pushed slightly from behind giving his side a penalty which Robbie Keane converted by sending Kwarasey in the opposite direction.

“I slowed down on purpose to see if there was any contact and he went for it. Got my right leg, a good spot.”
—Sebastian Lletget, LA Galaxy Midfielder

Los Angeles nearly scored a third in the 30th minute after Robbie Rogers whipped a low cross into towards the middle of the box. Gyasi Zardes nearly got on the end of it, unfortunately, Kwarasey did his job this time by rushing off his line to smoother the ball.

Three minutes later, the third goal was finally scored. It came off the boot of Robbie Rogers — his first as a Galaxy player. Once more, the captain was involved in the build-up as he played a perfectly weighted ball  This squad wasn’t the same when Robbie Keane was out injured because they just did not have that fluid movement up top when Alan Gordon was leading the line.

“Going into the games, I don’t think, ‘I’m going to score tonight.’ But I’ve been close and finally scored this game when it was already 2-0. I didn’t think I was going to be so emotional and I didn’t think it was going to have the impact that it did have on me, so it was a great way to cap off tonight.”
—Robbie Rogers, LA Galaxy Defender

Bruce Arena’s halftime talk must have been something along the lines of not letting off the gas pedal for even a second because straight from the whistle they continued to pepper Portland’s attacking third of the pitch. This was never more true than in the 49th minute when Lletget received the ball at the top of the box and laced a shot that skipped inches wide of the right post.

In the second half, the Galaxy really controlled play by maintaining possession of the ball, looking for the open man to pass to and by also limiting the Timbers to very few opportunities in front of goal, leaving Jaime Penedo with very little to do.

The first goal of the second half came in the 72nd after Juninho began the move by taking off of Jack Jewsbury’s feet. He passed the ball to, guess who? That’s right, Robbie Keane. Keano held the ball up as he waited for the Brazilian to make his run into the box and Juninho did just that. As he raced closer towards the six yard box, Kwarasey tried to close him down, but Juninho shot the ball at exactly the right moment and placed it perfectly into the bottom left hand corner.

“It’s very nice when you score another goal, again. And you can celebrate with a backflip – it’s very special to me.”
—Juninho, LA Galaxy Midfielder

Jose Villarreal added the fifth and final goal with just two minutes of normal time remaining. The Portland wall was not set up as it should have been and Villarreal found the little space in between the edge of the wall and the near post where he snuck the ball past the other side of the line.

This was exactly the sort of performance that was required of the squad. Yes, the performance against the Philadelphia Union was spectacular, but to follow it up with an even better showing against a better Portland Timbers side makes a strong case that the Galaxy are finally living up to expectations.