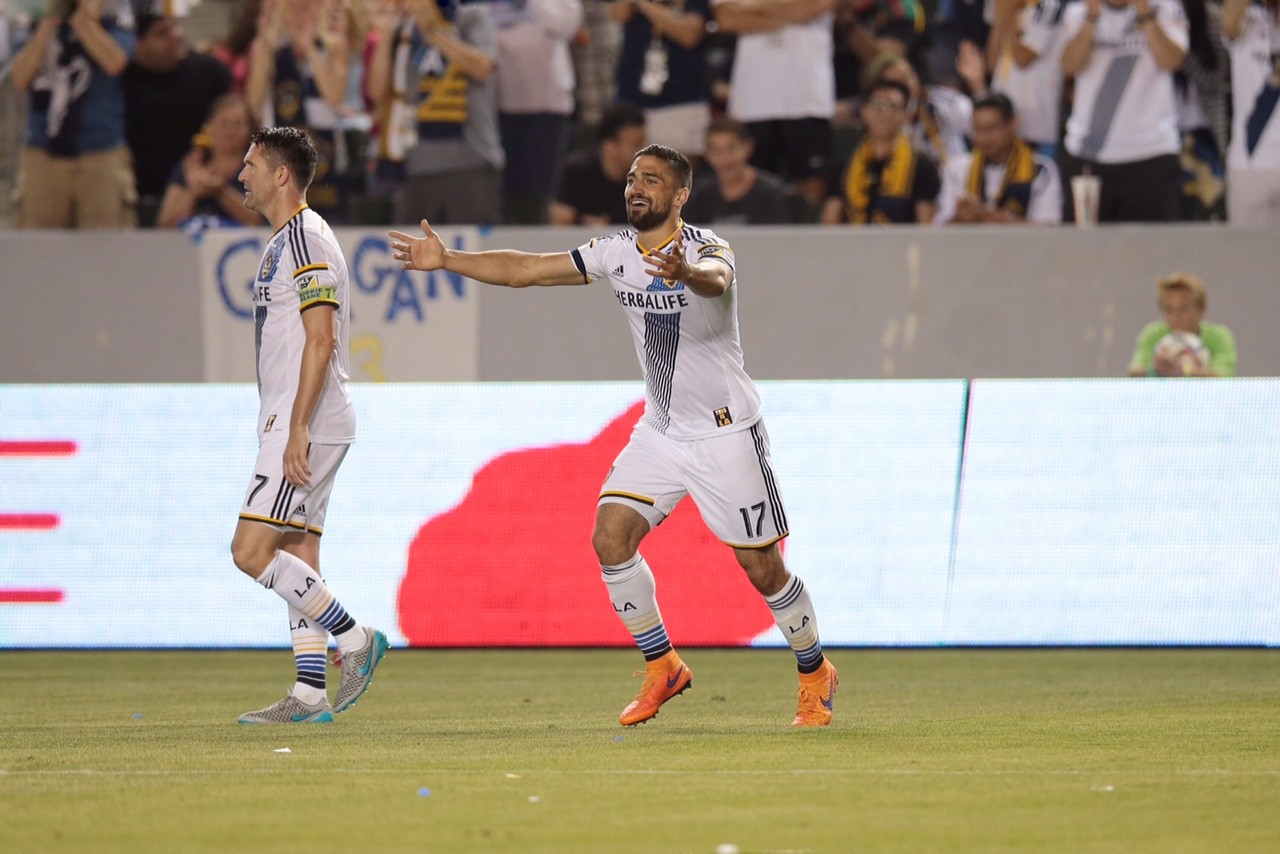 Can anyone stop the Galaxy? In the past 3 games for the Galaxy they have scored a total of 16 goals and announced to the league that they are back and ready to go on their usual second half run to the MLS Cup Playoffs. The Galaxy will now have to face their bitter rivals from up north, San Jose Earthquakes, tonight at 7:30 PM at Stanford Stadium. The match will surely be a sell out, as this is the annual Fireworks extravaganza that the Earthquakes host at Stanford. This Saturday will surely be another exciting and tense Cali Classico.

The Cali Classico has brought out the best and worst of both teams. This bitter rivalry goes beyond just the players and coaches, but even the fans as well. There is a genuine dislike towards the Quakes. Being the first matchup between the two this season, I wouldn’t expect anything less that fireworks.

The Earthquakes have done fairly well this season with a record of 6-5-4 with 22 points and currently seeded in the 7th seed, but do have numerous games in hand as compared to the teams above them. As it has been in recent years for the Quakes, US Mens National Team Player, Chris Wondolowski is their top goal scorer with 8 goals so far in MLS. The Earthquakes have possibly one of their more all-around good teams in recent years as they have a solid midfield of Perez Garcia, Nyassi, Salinas and young American Fatai Alashe. One person that hasn’t seen any action and a player that gives headaches to the Galaxy whenever they faceoff is Steven Lenhart. It looks like he won’t be in the lineup either for the match.

For the Galaxy, they are riding a hot streak and playing better than they have all season long. No offense to PSA Elite and the Philadelphia Union, I took those results with caution even though the Galaxy played very well, but after the 5-0 thrashing of the Portland Timbers, it was certain now that the tides have turned and the Galaxy are on their way up! The thing about this run is that the Galaxy are doing it together, as they had 8 different players score their 10 MLS goals. That is incredible! Sebastian Lletget has been a great addition for the Galaxy, and it looks like he is making that left midfield spot his, with the arrival of Steven Gerrard looming. Oh boy, its getting good! The Galaxy look to put out the same lineup as they did against the Portland Timbers. This will also be the last game the Galaxy will have Jaime Penedo, Omar Gonzalez and Gyasi Zardes as they are all heading to Gold Cup duties in July. The Galaxy will also be sporting a fan favorite, in their blue on blue jerseys against the Earthquakes, white and red.

If you are not making the trip to Stanford Stadium, the match will be televised at 7:30 PM on Time Warner Cable Sportsnet and on the Galaxy radio home Beast 980! The tides are changing and it looks like the Galaxy are destined for another post season run, here we go!