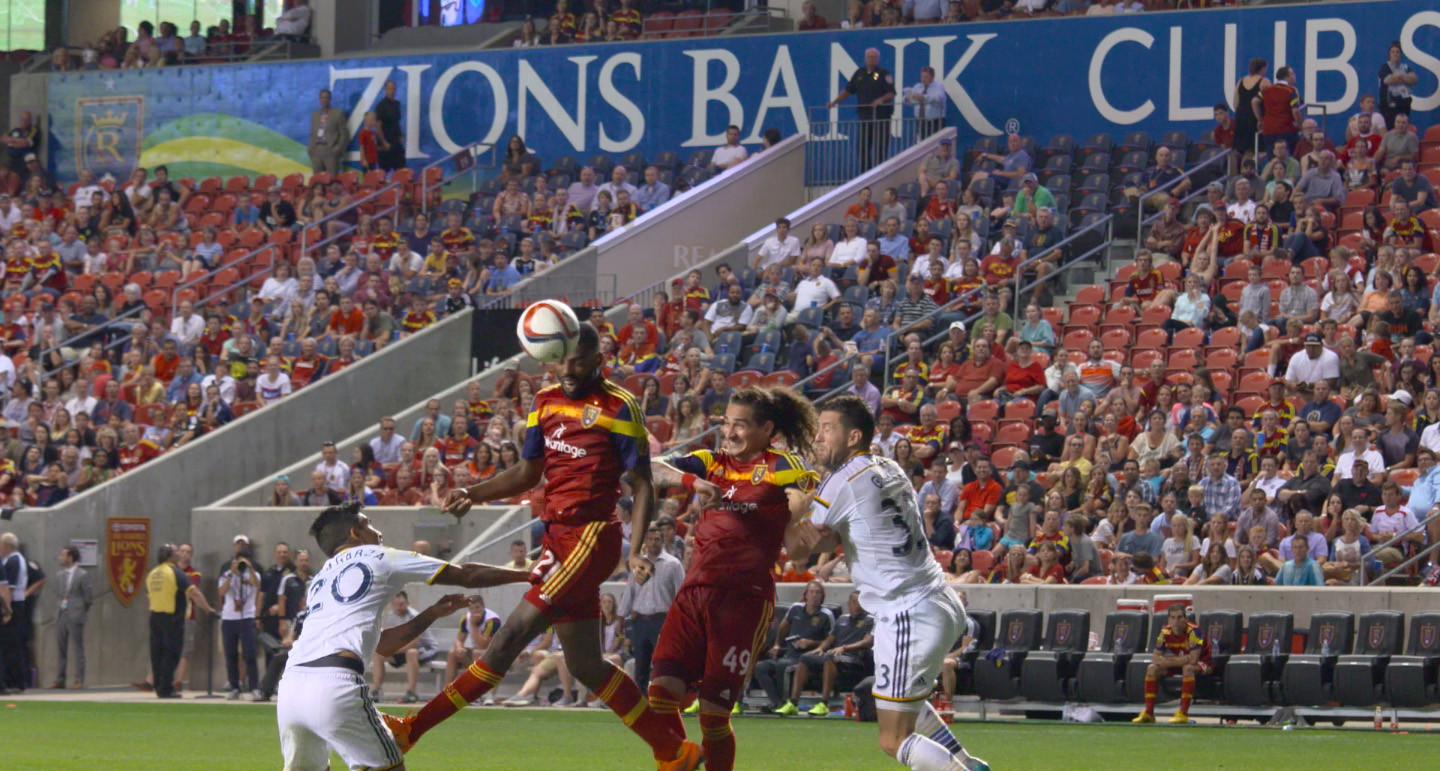 LA Galaxy fall flat in Steven Gerrard’s first competitive match while being knocked out of US Open Cup by Real Salt Lake.

Sandy, Utah – The LA Galaxy’s clock struck midnight on the hard surface of Rio Tinto Stadium on Tuesday night. Real Salt Lake, the aggressor for most of the night, finally capitalized on one of their many chances in the 87th minute of the match, thanks to a late goal from RSL defender Aaron Maund.

It was a poor first half for both teams. Real Salt Lake garnered much of the possession, but they had little to show for it. The Galaxy had one or two chances but couldn’t connect, especially through the midfield, where Maganto, Walker, Mendiola and Juninho never found a consistent rhythm.

And that rhythm was even destroyed further by the quick counter attacks that Real Salt Lake launched but mostly squandered. It was the defending of Leonardo, AJ DeLaGarza, Todd Dunivant, and Dan Gargan that was left to protect the goal, even on a night where they weren’t particularly sharp.  They were outnumber consistently and launched into desperate defending regularly. And despite heroic efforts couldn’t keep the Galaxy goal from being peppered with chances.

Brian Rowe was the real hero for the LA Galaxy. He stopped 5 shots on the night with 3 or 4 being absolutely great. Leading up to the Maund goal he made several consecutive saves before ultimately having very little chance on the game winner.

However, it wasn’t all bad news for LA. Making his second appearance for the squad, and his first competitive one, Steven Gerrard came on at halftime for Ignacio Maganto and completed his 45 minute stint, at altitude, with several dangerous chances.

“I’m strangely very happy at the moment. I’ve been given a flavor of the MLS standard tonight. And I’m very confident that the goals and the assists and the dangerous play will come from me in the future.” Steven Gerrard, LA Galaxy Midfielder

It was the link up play between Robbie Keane and Gerrard that nearly saw LA Galaxy go ahead twice. Gerrard was one-on-one with Real Salt Lake ‘keeper, Jeff Attinella but couldn’t convert. There was also a play in which Gerrard was just outside the six yard box, but moving away from goal, that saw a shot sail just over the bar.

Overall, he showed some rust, but also an ability to find the pace of play and link with great passing. The combination with Lletget and Keane was a highlight that just fell a couple inches short of being lethal. And that’s a good sign.

“I think it’s always tough when you lose on the road, especially towards the end of the game. We had some good chances tonight to at least take the game to extra time – I’m guilty of missing one so I take responsibility for that. But the big game of the week was always going to be Friday and we move on. We can’t change the past.” Steven Gerrard, LA Galaxy Midfielder

After the match, Arena said “He’ll (Gerrard) be a good player for us. It’s going to take some time, though.” And this really mimics Arena’s comments after the Club America friendly on Saturday night. Arena said that Steven Gerrard was a m0nth away from gaining full fitness.

It’s a disappointing, but understandable, end to the tournament for the LA Galaxy. No matter what the situation on the road this year, the LA Galaxy have come out with a timid attitude. They rarely take the game to their opponent and they tire from chasing the game in the first 45 minutes. It’s a problem that Bruce Arena and company must fix. But it’s also an opportunity for the newest signings. They must pull this team out of it’s Road woes. They must start shaping this team into something that is capable of winning a Supporters Shield.

Spending big only makes sense when you get to raise a trophy at the end of the year.