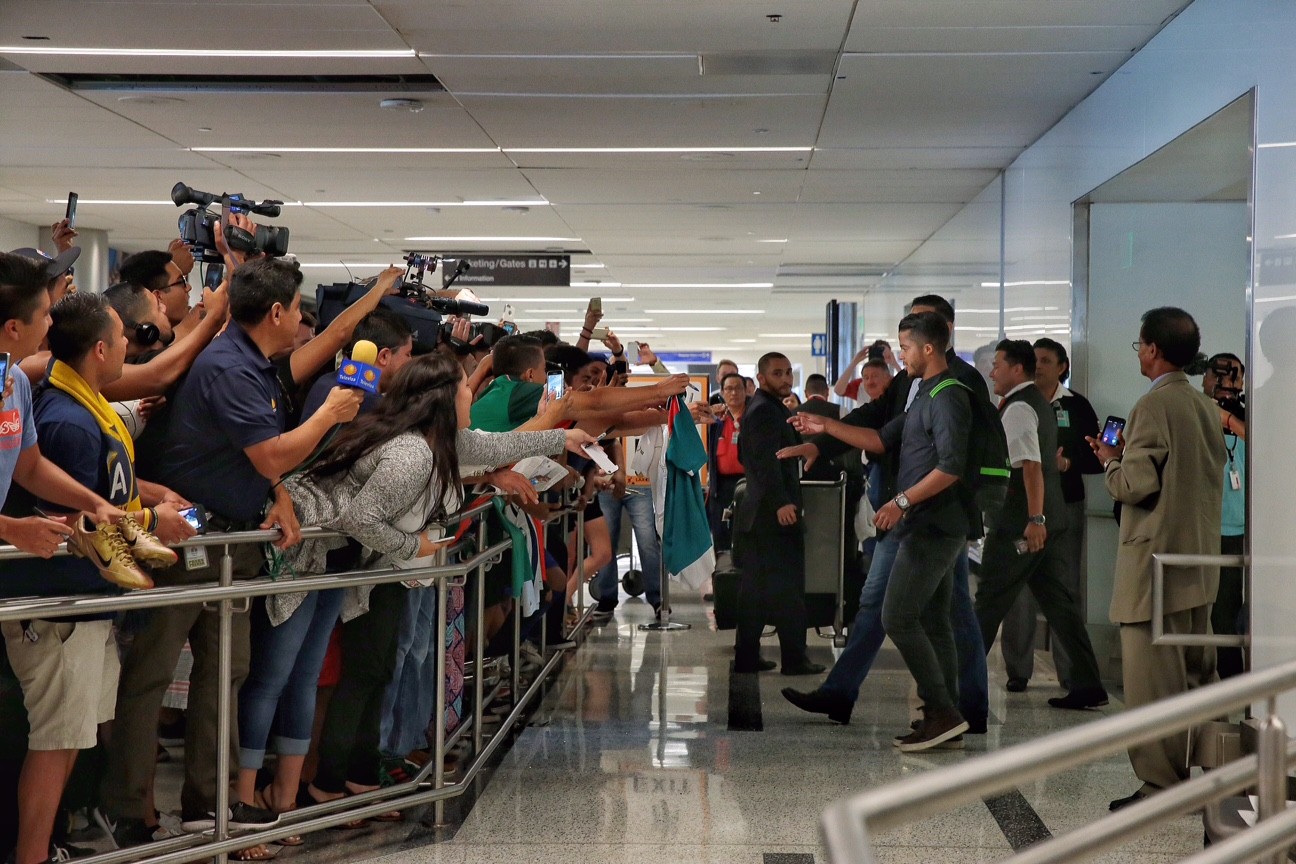 No, it wasn’t thousands of fans cheering the arrival of The Beatles. Nor was it a TMZ frenzy surrounding Kim and Kanye. But in Terminal 2 of the Los Angeles International airport, Southern California soccer fans showed a bit of passion in the form of a crowded waiting area as the LA Galaxy’s newest star, Giovani Dos Santos, made his first Southland appearance since singing with the club.

There were Mexico greens and Galaxy whites. There were number 10 Dos Santos kits and number 10 Landon Donovan kits. But ultimately there were just soccer fans clamoring for a picture, a hug, or an autograph with Gio.

Supporters groups were loud and chanting, news crews surrounded Dos Santos like a newly elected President, and scarves were stretched and signed.

It was a hectic, raucous scene that almost left one wondering if safety would be an issue.

Would you believe such a scene was possible on home soil? Surely it’s a scene straight out of Europe, or Latin America; a place where the passion for the game is everything. Americans don’t love the game this way. At least not enough to get this excited about some soccer player.

Galaxy fans have enjoyed World Super Star David Beckham (and there was plenty of buzz and excitement about his introduction) but somehow he always drew a more reserved crowd. And Robbie Keane is one of the most successful international imports to Major League Soccer. But unless you’ve followed his every move from club to club or are Irish, you didn’t “know” him before he landed in LA.

But Dos Santos is different. He’s nearing his prime. He’s not washed up or established. He’s still building a career. He’s finding a place that will let him be a star. And for Mexican fans, a player who’s always toiled away overseas, is coming to a Mexican soccer hotbed. A place where the LA Galaxy haven’t always succeeded in drawing in a fan base.

So as the stands and seats fill up at StubHub Center, and the crowds build to be louder and larger, it’ll be up to Giovani Dos Santos to prove that he’s worthy of the attention. People will be watching. They will demand that the star power that was witnessed at Terminal 2 carries over to the green, lush grass of StubHub. And if Gio is successful in brining the LA Galaxy titles, championships, and fame, then the scenes witnessed at LAX could be just the starting point of energizing a soccer loving city around the game and their most successful team.

Video (Courtesy of the LA Galaxy)