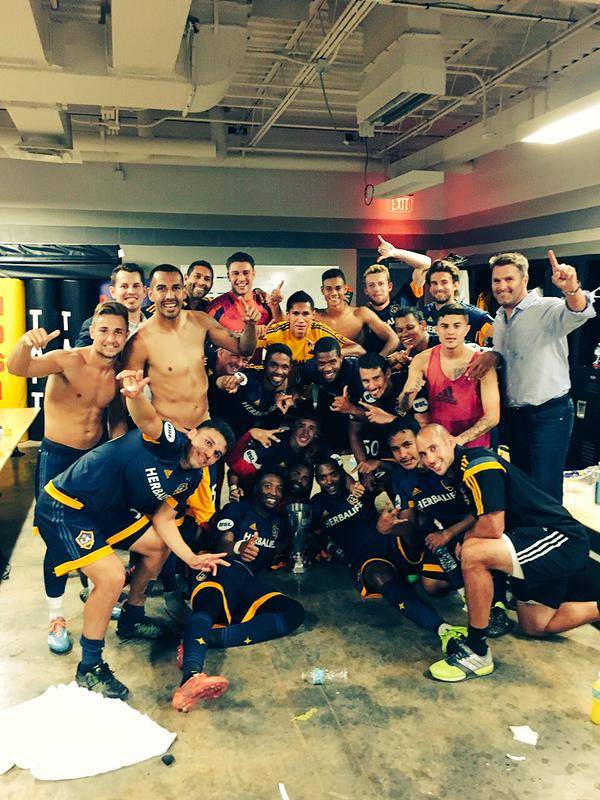 LA Galaxy II advances to the USL Championship as they defeated the Oklahoma City Energy by a score of 1-2, with goals from Ari Lassiter and Andre Auras – Rochester awaits ‘Los Dos’ this coming Friday night.

The first goal came very early in the match. Oklahoma City did not clear their lines properly and Lassiter made a proactive run from the left side of the box to get onto the end of the poor clearance before simply tapping the ball into the net. Seven minutes later, it was Lassiter who nearly doubled the advantage before his effort slammed off the post.

But in the 22nd minute, there was a much deserved second goal as the visitors looked the brighter of the two sides in the opening half hour. Auras stepped over the ball from 24 yards away. His effort soared past a full-stretched Evan Newton, finding the top left corner.

Four minutes after the second goal, the hosts finally got a decent attempt away. Chuy Sanchez crossed the ball, following a free kick, to the free head of Daniel Gonzalez. Clement Diop was able catch the redirected effort comfortably.

There was a chance for a third goal with eight minutes remaining in the half after a McBean flick of the head hit the post. Sebastian Dalgaard came closest for the Oklahoma City Energy in the opening 45 minutes, as he forced Diop to make a diving stop right before the halftime interval.

Oklahoma City finally broke down the Galaxy’s defense off of a set piece opportunity following a corner. Dalgaard’s cross found the head of Coady Andrews and he was able to beat the 21-year-old Paris born shot stopper.

That goal gave them life and proceeded to maintain a majority of the possession and had numerous half-chances that could have troubled Diop a little more late in the game. Peter Toth, with 16 minutes remaining, found space inside the area but fired his chance well over the top of the goal in an effort that should have at least been on frame.

The Energy continued to push forward as often as they could, throwing everyone forward, generating chances with free kicks around the eighteen yard box. Unfortunately for them, none of their final attacking threats came to fruition.

This is a major step in the right direction for the young LA Galaxy II as Curt Onolfo’s side got over the hump this time around after being eliminated in last year’s playoffs to the eventual winner, Sacramento FC. But will the young G’s have what it takes to bring home their first USL Championship? As is the case with all USL games, the live game feed can be found on LAGalaxy.com or USLSoccer.com