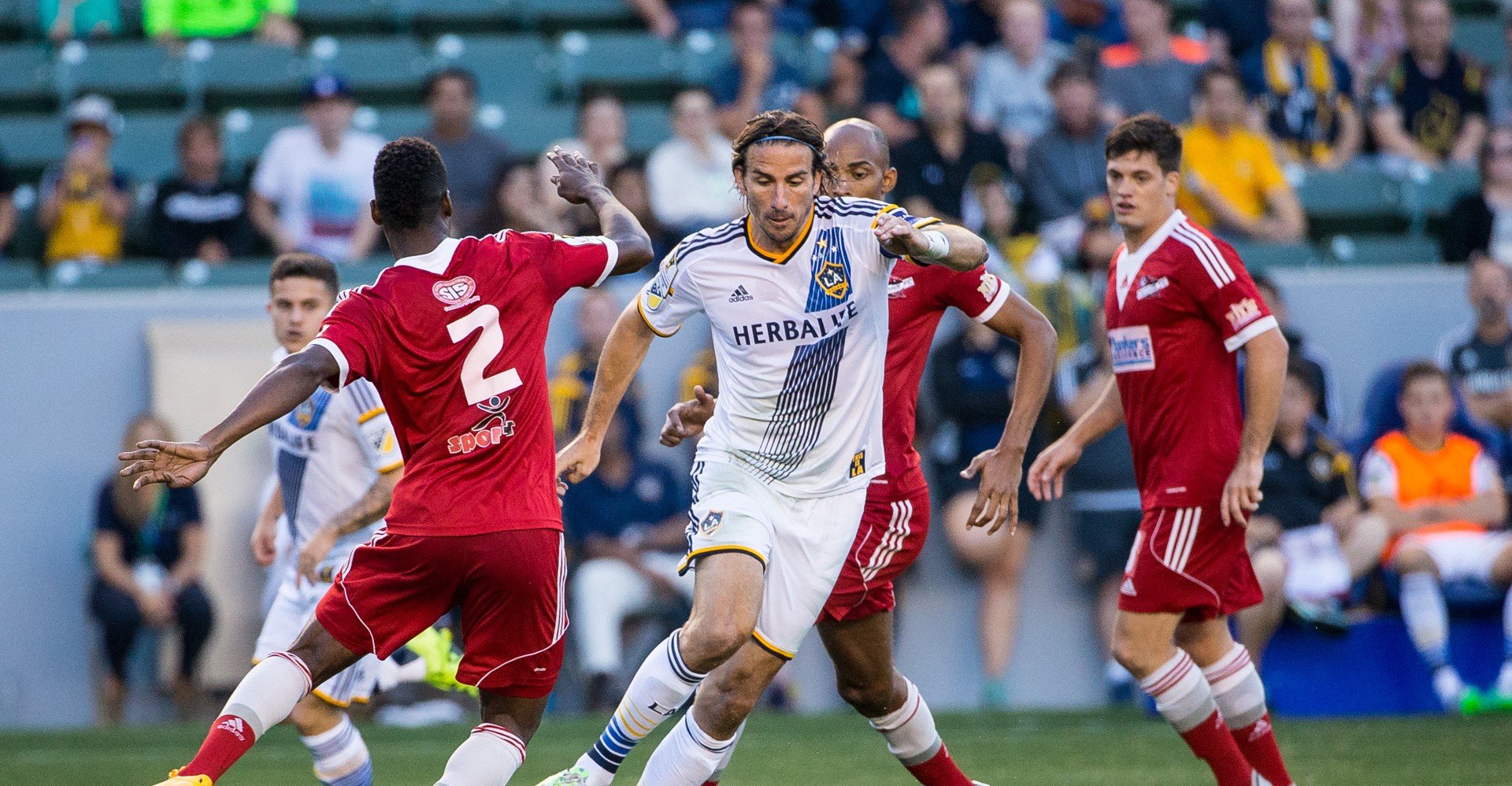 On Wednesday, October 21st, the LA Galaxy travel to Guatemala for the final game of the CONCACAF Champions League group stages, to be aired starting at 7 p.m. on Fox Soccer Plus. Having already won the group, the LA Galaxy will be fighting to secure the highest possible seed for the knockout round. CCL gospel suggests that the higher the Galaxy’s seed in the knockout stages, the less likely the Galaxy is to square off against a team from Liga MX.  Since Liga MX teams have the best record in the CCL, it has generally been a good rule of thumb to avoid them for as long as possible.

The current seeding for the four teams that have qualified for the knockout stages are (1) D.C. United; (2) LA Galaxy; (3) Querétaro; and (4) Seattle Sounders. The remaining four seeds will be decided this week. The teams most likely to advance are:

If Santos Laguna, UANL, Club América and RSL advance, this year will be the first time that four MLS clubs and four Liga MX Clubs make it through to the knockout rounds of the CONCACAF Champions League (usually a Saprissa, Herediano, Comunicaciones or Árabe Unido sneak in there).

Assuming América beats Motagua, it likely will also take the top seed in the knockout stages. Optimally the Galaxy would secure themselves a seed in the top half of the table. However, securing a top-half seed does not necessarily preclude a game against a Liga MX team in the knockout round. Based on current standings and the difficulty of the opposition during this week’s games, the four teams most likely to land the top seeds are América, Querétaro, D.C. United, and the LA Galaxy (with Santos Laguna, Seattle Sounders, UANL and RSL taking the bottom half of the table) which means that attempting to predict our opposition in the knockout rounds based on seeding could be a fruitless endeavor.

As for the game itself, one anticipates that after the drubbing Portland dished out on Sunday, the Galaxy will rest their first teamers and send the kids to Guatemala. Los Dos had a great USL season, and though LA Galaxy II did not bring home the USL Trophy, the game against Comunicaciones would be an opportune time to give Jack McBean, Raul Mendiola and Oscar Sorto some international minutes. The Galaxy brought a team comprised mostly of reservists to the game against Central FC in Trinidad last month where Alan Gordon studded it out CONCACAF style (in blazing heat on a terrible pitch) and secured an 82’ minute equalizer that won the Galaxy the group. Here’s hoping Gordo has one more late winner up his sleeve….