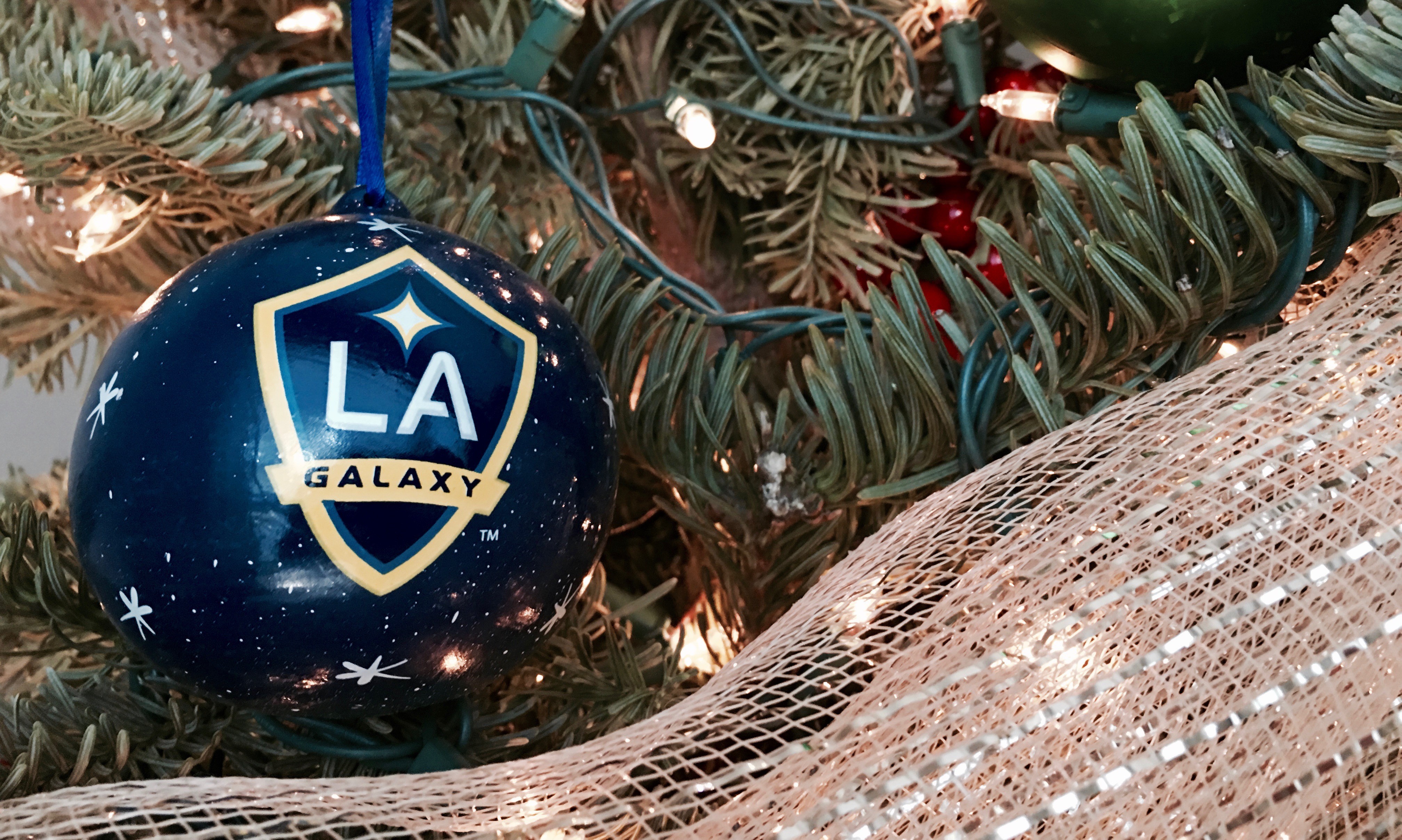 The following is an adaptation of ‘Twas the Night Before Christmas.

Twas the night before Christmas, When all through the house

not a kit-man was stirring, not even a mouse.

The boots were hung by the locker with care,

in hopes that Bruce Arena soon would be there.

The players were nestled all snug in their beds

while visions of MLS Cups danced in their heads.

And Coach Dave in his sweater and Cozmo in his taco

had just scarfed their dinner with a good friend named Nacho.

When out on the pitch there arose such a clatter

I was sure it was Geiger, his red card a tatter.

Away to the bench I flew like a flash,

tore off my training top into a 40 yard dash.

The moon on the lines of newly striped grass

gave the illusion of game night to supporters en masse.

When, what to my wondering eyes should I see,

But a larger than life Coach, he’s way smarter than me.

With a little old gaffer so sarcastic and fine,

I knew it was Arena and not Noonan nor Klein.

More Rapids than Colorado his players they came

and he whistled and shouted and cursed them by name:

On Baggio! On Omar!

On Rogers and Gio!

To the top of the table!

You can’t make that call!”

As dry mouths before halftime lie

When they meet with a defense they run quickly by.

So up to the goal mouth the passes they flew,

With a counter attack and Coach Arena Too.

And then in an announcement, I heard on the speaker

the shout of a goal call, the voice it was deeper.

“Thank you” he said and was turning around,

“You’re welcome” we shouted, no scarf was found down.

A bundle of balls he had flung on his back,

And he yelled out his orders, he’d give you no slack.

His rings-how they twinkled! His loafers, how merry!

His gait was so Brooklyn, his hand gestures, cherry!

His droll little mouth was drawn up like a bow,

No beard on his chin, with hair like dirty snow.

The stump of a cup he held tight in his hand,

Though his constant berating of refs he did land.

He had a broad face he wouldn’t blink when he stared at ya.

Alone he would pace, inside his technical area.

He was sarcastic and plump, a rich jolly old coach

And I laughed when I saw him, all your players he’d poach.

A wink of his eye and twist of his head

Led me to believe if I joked I’d be dead.

He spoke not a word, but went straight to his work,

His wind-sprinting youngsters were staying alert.

And laying a finger aside of his noes,

And giving a shout, up the press box he rose.

He sprang to his golf cart, to his team gave a whistle

And away they all streaked like a self guided missile.

But I heard him exclaim as he cursed out of site,

Merry Christmas and Happy Holidays from everyone at Corner of the Galaxy. Thanks for letting us into your home every week!

Music by: Kevin MacLeod at Incompetech.com

Provided under the Creative Commons License