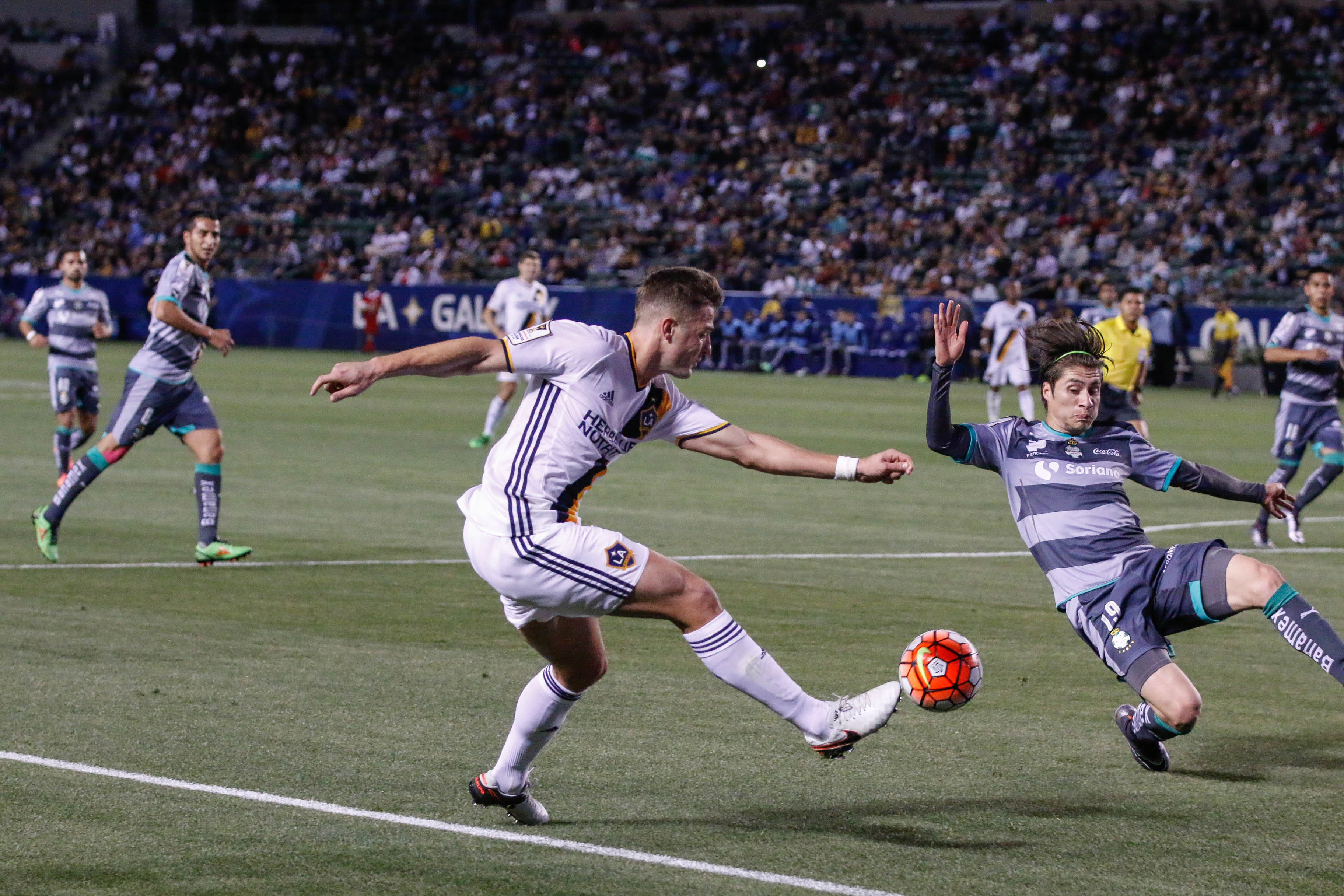 On today’s show your hosts take you through the embarrassing loss to Santos Laguna, plus we’ll take your calls and talk about Sunday’s match with DC United.

It’s another packed episode of Corner of the Galaxy. Your hosts Josh Guesman and Cory Ritzau will walk you through the LA Galaxy’s complete failure to compete against Santos Laguna that resulted in the club being eliminated from the CONCACAF Champions League.

Why did the LA come out so flat? Was it a matter of heart? Was it a matter of tactics? Was it just simply that Liga MX is too good for Major League Soccer? They’ll take your call on the matter and you’ll get to hear directly from people who traveled to Torreón about the experience.

Along the way Josh and Cory will debate the different narratives that were apparent after the loss to Santos Laguna. Is it Ashley Cole’s fault? Or maybe you could blame Jelle Van Damme? What about Leonardo, could he be the reason the Galaxy failed to “show up” in Mexico?

Then the guys will get to all the LA Galaxy news. They’ll talk about Gyasi Zardes and his contract extension, the probable addition of Ariel Lassiter and the release of Dan Gargan and Ignacio Maganto. They’ll also discuss the Ring of Honor and the LA Galaxy’s upcoming schedule.

Finally it’s a quick shift of focus to the LA Galaxy’s MLS opener. DC United will travel across the country to take on the LA Galaxy on Sunday March 6th. The guys will talk about this match and get you into the MLS Season mindset.

It’s a packed show made all the better by excellent callers and a giveaway. What more can you ask for than 65 minutes of LA Galaxy talk. Happy 2016 season everyone!