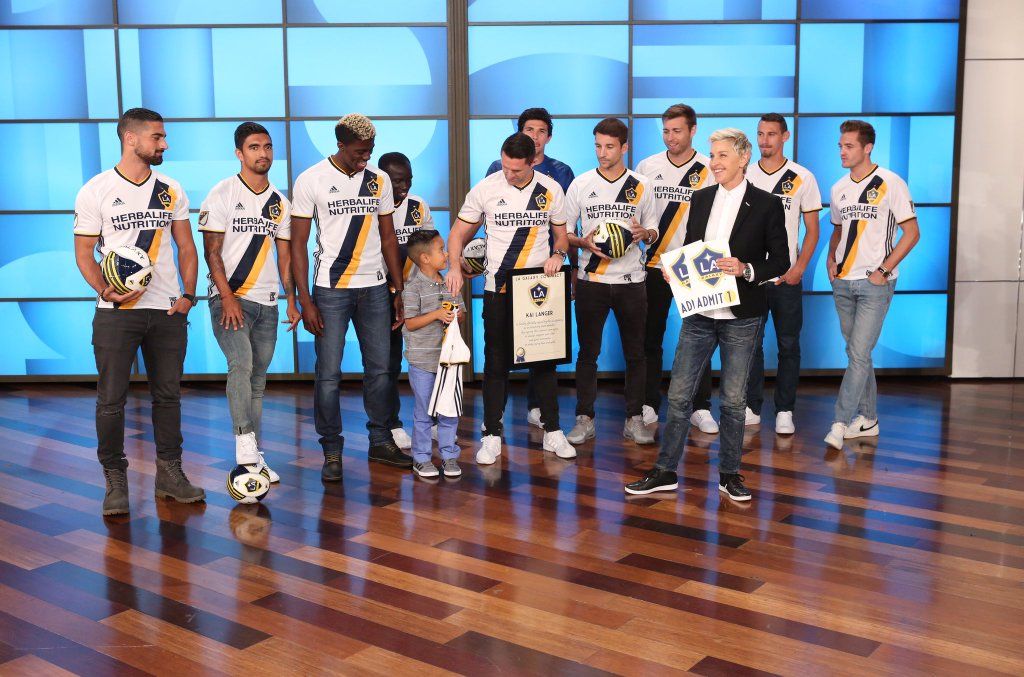 Carson – The Los Angeles Galaxy were on “The Ellen DeGeneres Show”, on the local NBC Station, KNBC, t 4 pm PT. Players from the club were there to visit one of their biggest fans, 7 year old Kai Langer, to present him an honorary contract and an honorary kit.

Players  who were in attendance for the show were Captain Robbie Keane, Gyasi Zardes, Robbie Rogers, Mike Magree, Sebastian Lletget, Brian Rowe, A.J. DeLaGarza, Daniel Steres, Emmanuel Boateng, and Dave Romney. The club also provided two tickets to each member of the audience for the next match. That game is this Sunday, May 8th at StubHub Center against the New England Revolution, 12:30 pm PT on ESPN.

Congrats @SuperKaiLanger and thank you @TheEllenShow for having all of us on the show 😉 pic.twitter.com/9I4UTMUqst

This is the second time the club has surprised Langer, with just Gyasi  Zardes showing up on “The Ellen DeGeneres Show” This season Zardes invited Langer, a Houston native, to accompany him on the field during the club’s walk during the start of the Galaxy’s game against Houston Dynamo. After the Game Zardes gave Kai his game worn jersey.

The LA Galaxy posted this video of the young Langer before the show broadcast. You can skip to the 2:00 minute mark to get your fill of the LA Galaxy.