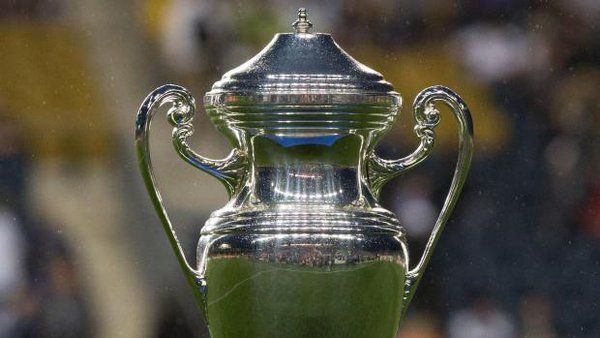 Lo and behold, the Lamar Hunt U.S. Open Cup has snuck up on us once again – the LA Galaxy will face off against La Máquina F.C. on Tuesday, June 14, at the StubHub Center in the fourth round of the U.S. Open Cup. For MLS fans oblivious to the idiosyncrasies of the U.S. Soccer world, the Open Cup is a great opportunity to dip our collective toes into the unorthodox American soccer pyramid.

This is the first Open Cup for La Máquina F.C. and they’ve had a storied run through the first three rounds of the competition. La Máquina defeated the Sacramento Gold of the National Premier Soccer League by a score of 2-0 in the second round of the Open Cup on May 18, 2016 at Westminster High School and advanced to face fellow UPSL side LA Wolves FC in a historic face off putting two new clubs and leagues in the third round. On June 1, 2016, La Máquina defeated L.A. Wolves in the third round of the U.S. Open Cup. Now only one of two remaining amateur teams in the competition (the other being Kitsat Pumas), La Máquina stands a good chance of taking home at least $15,000 in winnings from this Open Cup for advancing the furthest in its division. What do we know of our competitors? The Orange County-based team takes its name, La Máquina (the “machine” in Spanish), from Cruz Azul of Liga MX – one of Cruz Azul’s nicknames is La Máquina. Of the six goals tallied by La Máquina during the first three rounds of the Open Cup, four have been scored by 33-year-old Mexican striker Edwin Borboa Pérez. Pérez played professionally in Mexico for many years, starting his career at C.D. Guadalajara in Liga MX and putting in stints with Atlante F.C., Club León, Pachuca, Indios de Ciudad Juárez and Lobos BUAP. Indeed, a number of players on its roster boast professional and international credentials: Ricardo Canales and Jorge Pineda both played in the top division of Honduran soccer and for the Honduran National Team and Óscar Reyes Zárate played at UCLA and for the US Beach Soccer National Team. Fans should also keep an eye out for midfielders Edgar Orozco and José Castro Pérez, who will both be looking to provide service to Edwin Borboa in the final third. With Robbie Keane and Gyasi Zardes absent due to international duty at UEFA Euro 2016 and the Copa América Centenario, Tuesday’s game is a prime opportunity for Bruce Arena to mix up the roster and give the LA Galaxy’s kids some minutes. Jose Villareal has been tearing it up for Los Dos recently and fans would love to see Homegrowns Villareal and Raúl Mendiola in the Starting XI for the game against La Máquina. It is unlikely Arena will take the risk of adding minutes to the legs of Steven Gerrard, Nigel De Jong, Ashley Cole or Jelle Van Damme for this game; instead expect to see a mix of bench and younger starting players take the field on Tuesday. Players who have not seen much playing time this season, including Dave Romney, Rafael Garcia and Oscar Sorto, will likely take the field on Tuesday. Of course, last year when the LA Galaxy was playing amateur side PSA Elite during the early rounds of the Open Cup, Robbie Keane insisted on taking the field and banging in a hat-trick, so it is not beyond the realm of possibility that a fresh and frisky Giovani dos Santos could take the field on Tuesday.

If the Galaxy prevail against La Máquina, they will go on to face the winner of the game between Real Salt Lake and Wilmington Hammerheads FC.  Since it was RSL that knocked the LA Galaxy out of the Open Cup Quarterfinals last year, a rematch may be in the cards.

The game starts at 7:30 p.m. this Tuesday night at the StubHub Center.