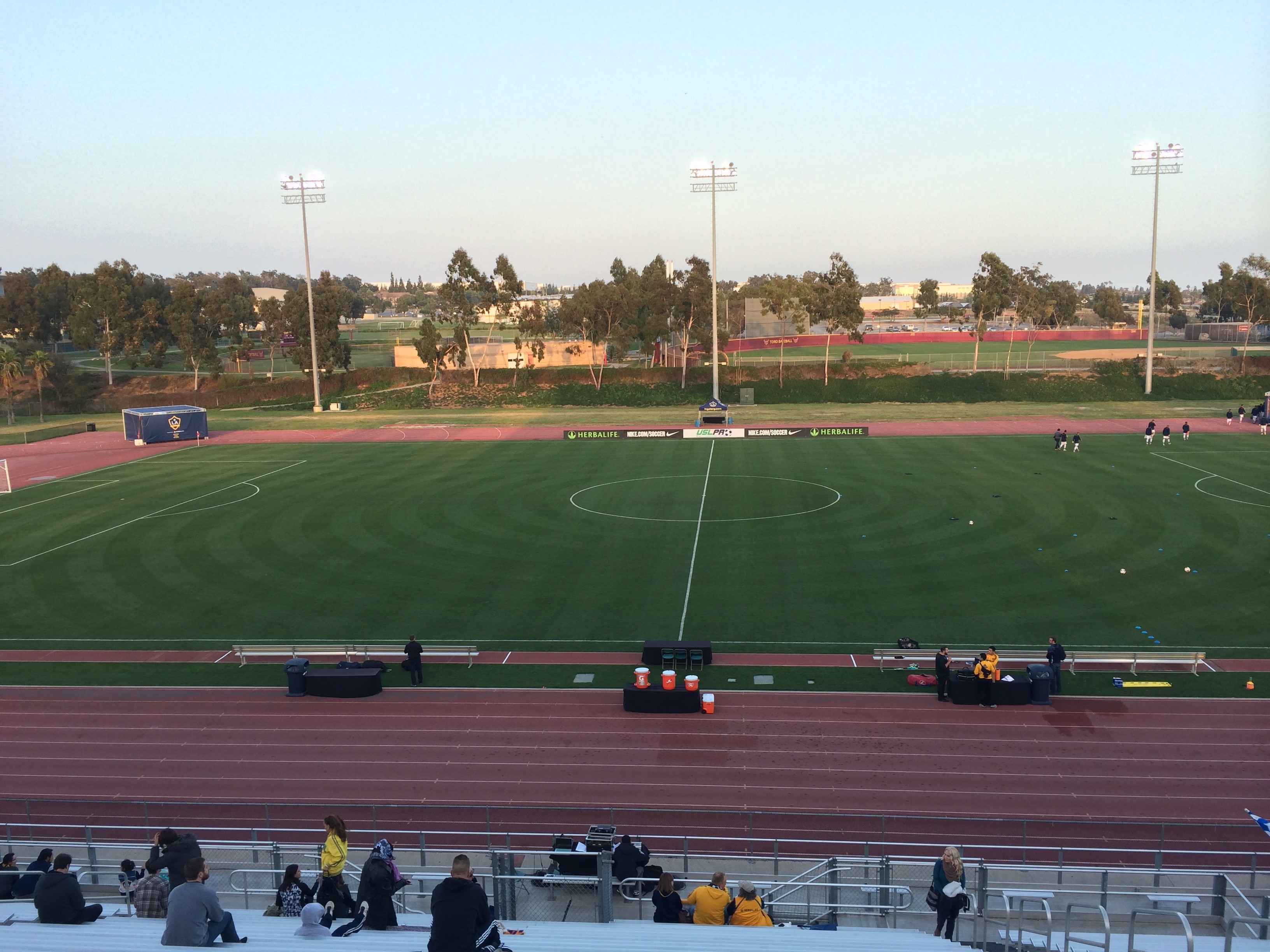 Carson, CA – The LA Galaxy formally announced that their quarterfinal July 20th US Open Cup (USOC) game versus the Seattle Sounders will be played at the Track & Field Stadium at StubHub Center.

Because of a scheduling conflict with the CrossFit games, which will overtake many of StubHub Center’s facilities from July 19-24, the game could not be played on the main field.

The main field at StubHub has a listed capacity of 27,000 while the Track & Field Stadium holds somewhere in the neighborhood of 2,000 people. However, for this game the LA Galaxy have stated that they will be brining in additional stands on the East side of the stadium – the opposite side from the permanent stands – in order to increase that capacity.

Currently, Season Ticket Holders can buy tickets ahead of the general public. The pre-sale opened today at 10AM. The general public will have a shot at the remaining tickets starting Monday, July 11th at 10AM.

It might be surprising that the LA Galaxy would pick a venue that holds such a small number of fans for a quarterfinal game. But in the previous USOC matchup, against amateur side La Máquina, LA managed to bring in less than 5,000 people. With a significant portion of those fans being from the local visiting side.

While it’s certainly possible that a quarterfinal matchup against an actual MLS opponent would bring in more spectators, historically midweek games haven’t faired very well. Although, in 2016, on a Wednesday and Thursday night games where the LA Galaxy hosted both Sporting Kansas City and the Colorado Rapids have seen crowds around 20,000 (SKC 19,651, COL 21,884).

But if you add in the fact that this USOC game is outside of the normal season ticket holder package, then it’s probably safe to say that attendance for this midweek game might not be the strongest draw – I can guess at anywhere between 5,000 & 10,000.

It’s still pretty obvious that 2,000+ tickets won’t last very long, and you should count on traveling supporters from Seattle making their way down to Los Angeles as well.

In past years the LA Galaxy have played at different venues for this tournament. Cal State Fullerton was called into action on occasion (Alexi Lalas and certain ice plant covered hill remember), and surely other local stadiums could’ve offered an expanded capacity for spectators.

But with recent renovations to the StubHub Center Track & Field playing surface, there probably wasn’t a field that would be in as good as shape or with the preferred width. The LA Galaxy recently expanded the width of the this field so it matches the main field and the length of the field is just 10 yards shorter. Most football fields can’t match the width of the LA Galaxy’s two playing surfaces.

Regardless, the situation is less than ideal. But hosting outside events at StubHub Center help to pay the bills. AEG, the owner of both the LA Galaxy and StubHub Center, maximizes the use of this stadium, and in this particular case, they ran into a scheduling conflict they probably couldn’t work around. But we’ve seen the CrossFit games at StubHub Center for many years, and have also seen concerts and festivals on the main field as well.

Tickets can be purchased by the general public on Monday at www.LAGalaxy.com/tickets.

If the LA Galaxy advance past Seattle, the semifinals would take place on August 10, 2016 at a place and time TBD.