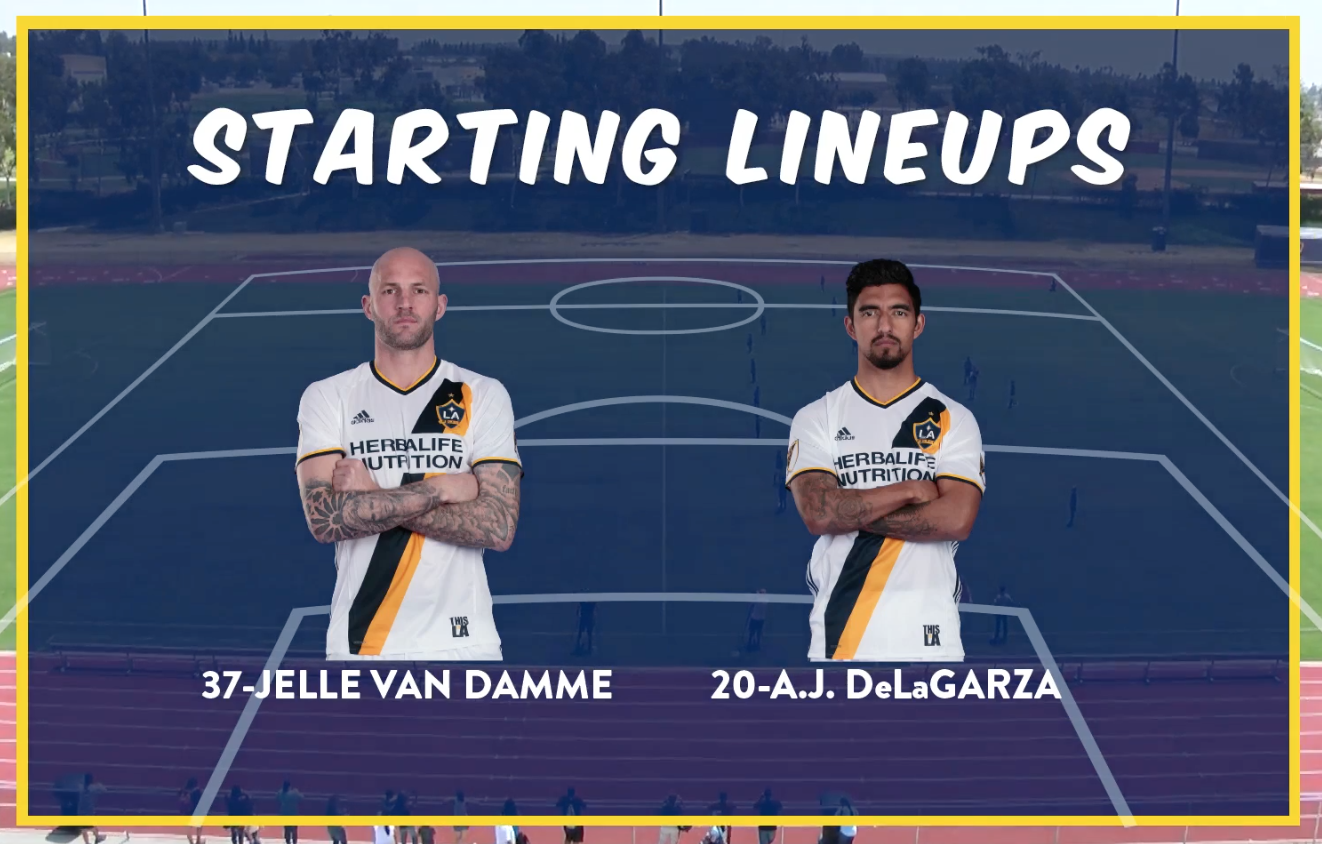 Pitting professional athletes in their prime against a ton of little kids is something that used to be just fairy tales. But thanks to the LA Galaxy, is now a reality.

One would think that the numbers would play to the advantage of the youngsters, but with the height and technical ability of the Galaxy players, it was a closer contest than it was should have been. Do we even know what to expect?

The gaggle of ten year olds started out on many fast breaks, but lacked the finishing acumen usually reserved for a professional player. And while the numbers were clearly on their side, organization was not exactly their strong suit.

During the match, there were two penalties given to the ten-year-olds. One was saved, and one was scored. And many golden opportunities squandered by youth, inexperience and excitement. Although the same could probably be said for our two pros.

Jelle Van Damme was the MOTM – he scored two goals and had an assist. The assist was on a breakaway for AJ at the end of the match to seal the victory.

Although, with the MOTM Van Damme also gets issued a retroactive yellow card for simulation. Come on Jelle, that girl was 10 years old and her hair was in a pony tail. Toughen up, man!

Look for future episodes of the “LA Galaxy Ridiculous Challenge” where Robbie Keane, Gyasi Zardes, Giovani dos Santos and more will feature in an actually difficult match between two professional athletes struggling to get past 25 ten-year-olds. It’s the match we all deserve.