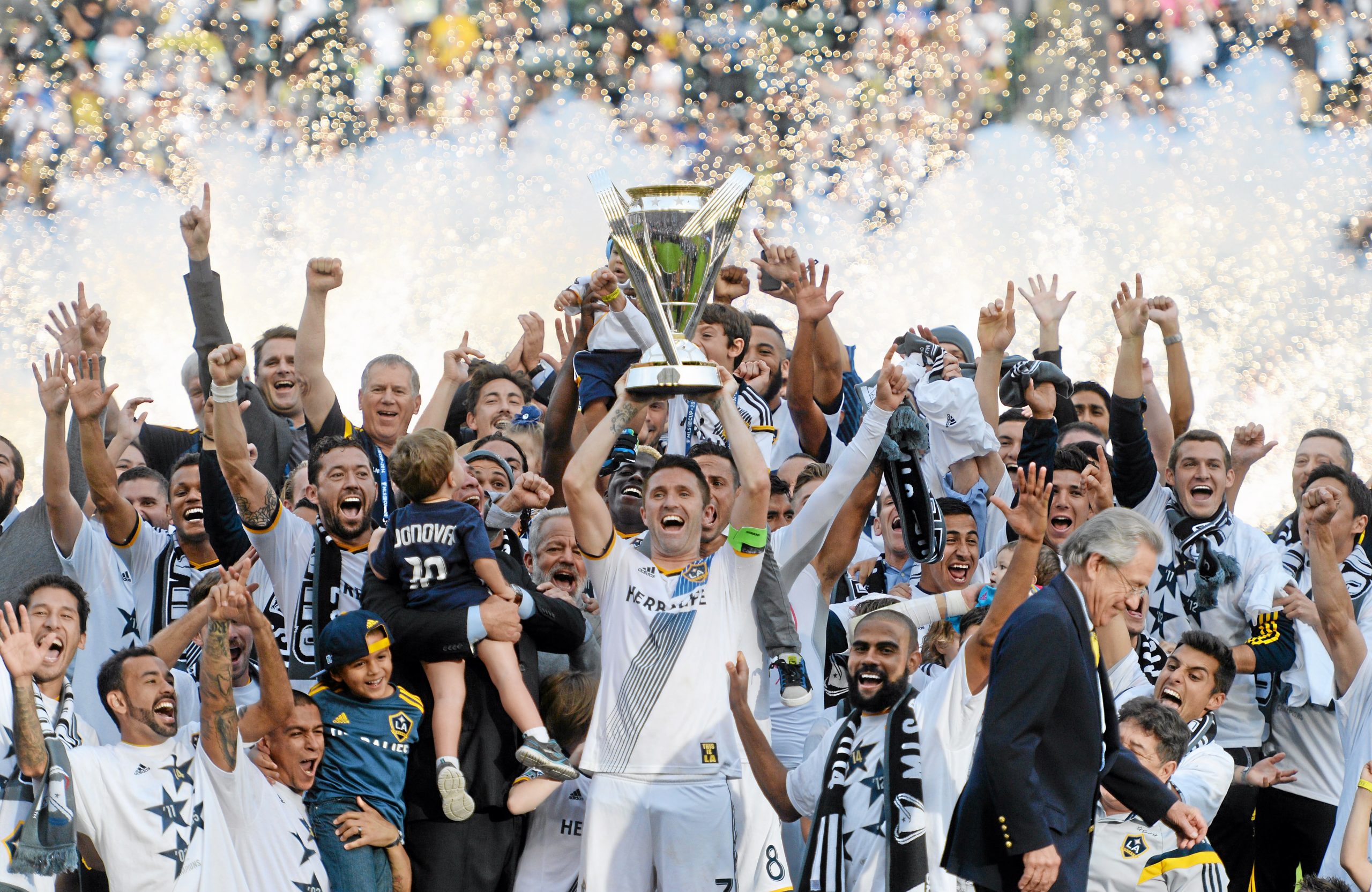 Eight contenders remain in the hunt for the title of Greatest of All Time!

And then there were eight…

After a pretty lopsided Round of 16, we move on to the quarterfinals of our bracket where we see some legendary LA Galaxy teams face off against one another.

If you’re just catching up, you can check out part one and part two of how our top 16 teams were selected and how the squads matched up in our previous articles.

Seven out of the eight higher seeds advanced to the next round with the only “upset” being a nine seed over an eight seed, which pitted an MLS Cup winner (2012) against an MLS Cup runner up (2009).

Coincidently, this matchup was the biggest blowout of the first round with the 2012 team securing 94% of the votes.

The most narrow margin of victory between two teams was a difference of 36% where the 1999 squad edged out a very similarly rostered 2000 team.

The quarterfinals will likely not yield such disparities in votes as we see four MLS Cup champions move on and some dominant regular season teams of the late 1990’s and early 2000’s.

Without further ado, let us get you to the quarterfinal matchups!

This is a tough decision for Galaxy fans to make.

Do you go with your heart and take a team with a core of OG’s like Cienfuegos, Jones, Hendrickson, Fraser, and Hartman?

Or do you look at a roster with top level international talent including Beckham, Donovan, and Keane supported by a midfield duo of Juninho and Sarvas and backed by Gonzalez and DeLaGarza and think, who is beating THAT team?

Remember when I said that there might not be as much disparity between two teams in the quarterfinals? Well, this could be the matchup that proves me wrong.

The rosters are so similar that when making your decision, your eyes move toward the key differences: Lalas v Vanney; Marshall v Caliguiri; and perhaps most importantly, Ruiz v Hernandez.

I believe the Pescadito factor gives 2002 the edge here, coupled with the fact that they brought home the LA Galaxy’s first MLS Cup.

But ultimately, YOU make the call.

We are faced with another “new school” vs “old school” matchup where voters need to decide on how they view the different eras.

The 1999 team was one of the best Galaxy teams to set foot on a field, but was unfortunate to have some bad luck in the MLS Cup final. Otherwise, they would be viewed much more fondly given their dominance of the Western Conference that season.

On the other hand, the 2011 team was something special. They were the last LA Galaxy team to win both the Supporter’s Shield and MLS Cup. You don’t need to give the 2011 squad any forgiveness because they simply didn’t slip up.

Dominance in the regular season (unassisted from the shootout era) and finishing in the playoffs make the 2011 team a heavy favorite for not just this matchup, but the entire bracket.

Our last matchup of the quarterfinals gives us the Supporter’s Shield winning 2010 team battling the MLS Cup Champion 2014 side.

The 2014 team saw some holdovers from the beginning of their dynasty era like DeLaGarza, Donovan, Dunivant, and Juninho who used their experience to make the Galaxy “First to Five”.

The 2010 team had a strong veteran presence that included names like Gregg Berhalter, Jovan Kirovski, Chris Klein, and Eddie Lewis that provided a calm and professional demeanor to a team who knew how to handle their business.

This one could be close.

Check back soon and see who moves on from the Quarantine Quarterfinals to the Self-Isolation Semifinals!