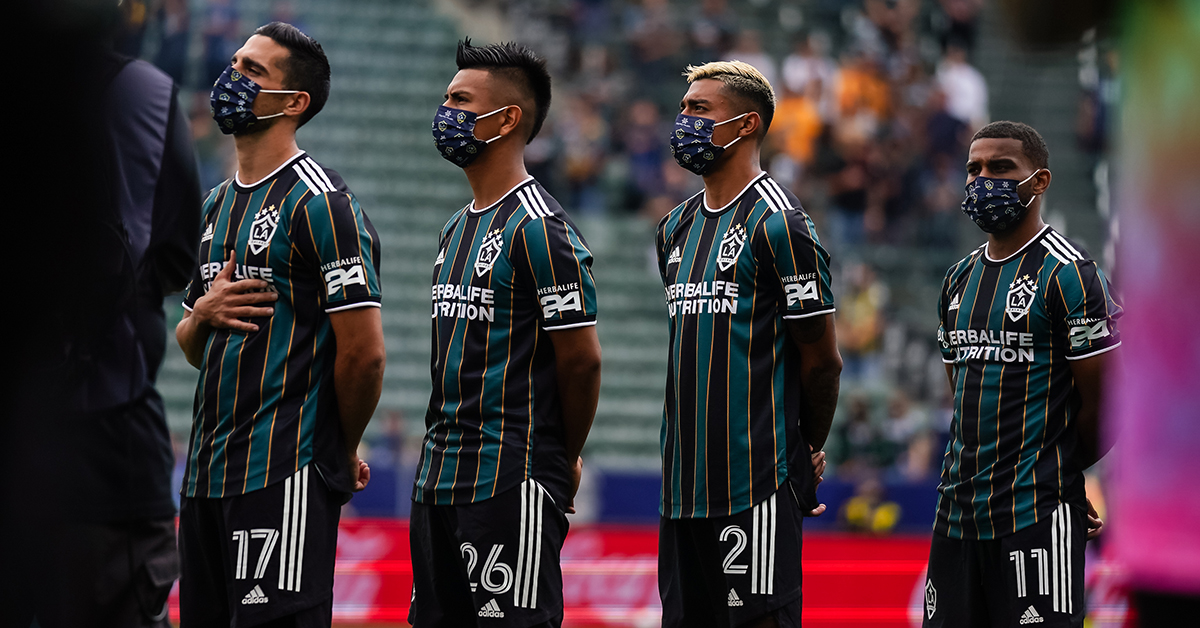 The stars have aligned on rejuvenated Galaxy

The LA Galaxy get a win over Austin FC, but more importantly, continue to see dividends from the offseason cultural shift.

An earthquake may have struck Dignity Health Sports Park last weekend during the LA Galaxy’s 2-1 victory over LAFC, but there still was some shaking going on Saturday at the Carson facility.

This had nothing to do with the earth moving again but instead had everything to do with a sudden, cultural shift that has left the five-time MLS Cup champions in the midst of what appears to be a stunning turnaround.

It wasn’t too long ago — 2017, to be exact — that the Galaxy finished with an embarrassing 8-18-8 record and missed the MLS Cup playoffs for the first time since the 2006-2008 seasons. Want some more sobering facts about a downtrodden team? Since their last MLS Cup title in 2014 and going into this season, the Galaxy were 69-74-49 and had gone through four head coaches.

If they say the third time’s the charm, how about the fifth? The Galaxy may have struck gold with the hiring of Greg Vanney, late of Toronto FC and a member of the original Galaxy franchise in 1996. All Vanney has done is direct the Galaxy to four victories in five games, with their 12 points leaving them only 10 behind their season point total of 22 last season.

Sebastian Lletget, who scored in Sunday’s 2-0 victory over Austin FC and is the longest-tenured member of the Galaxy in this his seventh season, said he definitely feels something different about the environment surrounding this year’s squad.

Lletget was asked by reporters if he was surprised by the swiftness of the turnaround.

“I think when you start, you get the new management, you see all the ideas that they come in with, I think it changed the energy around here,” he said. “You hope for a great start.

“I think we all felt, ‘Wow, this could be a special year,’ but we don’t want to jinx it in any sort of way. I think we all felt the shift. I wouldn’t say I’m surprised because I know we have quality players. I know I trust our staff.

“I’ve experienced some tough times on this club, from good times to bad times. It’s definitely a breath of fresh air. I’m just going to keep enjoying it.”

Vanney, who took a team in Toronto that never had a winning record prior to his arrival in 2014 and coached it to an historic treble — a Canadian Championship, Supporters’ Shield and MLS Cup — three years later, realizes the season is only a month old, but he’s understandably taking great pride in what’s happening to his new club.

“I think in terms of the culture and what we’re trying to do,” he began, “is connect everything that’s happening here so we’re efficient and we do things well, that we are one, big, happy family that has each other to support to go try and win games, treating everybody with respect and trying to listen and talk and let people have opinions and communicate and all those kinds of things so that they’re being heard.

“To me, that’s how you get people to buy in those days and those moments where you have to grind. That’s where you put in the extra, because they appreciate what you brought to them and the environment you’ve created for them. That’s when guys feel like they can be successful. It’s kind of resonating and emanating through the team. You can feel the fans behind us and you can feel the excitement building.

“Results obviously help that,” he said, “but I think a lot of our wins early on have been built on the back of some of the culture and some of the hard work that the guys have been committed to. I think bringing clarity to the team in terms of what each guy’s role is and how they can help this team be successful helps them also to be successful, and they appreciate that as well.”

Vanney, who called the 2021 results building blocks — “We’ve got to keep adding to it,” he said — couldn’t help but think about the original Galaxy team of 25 years ago as he discussed the current edition.

“When I arrived at the Galaxy in 1996,” he said, “that’s what the club was starting on. It was an incredible group of guys that coach Lothar Osiander put together … good, human beings who all worked hard for each other. And I felt like it was the foundation of what was being built with the L.A. Galaxy, and at that time it was in the Rose Bowl in Pasadena and we felt our fans every single time.

“That’s what I believe this is about. Obviously there is a big club mentality that the Galaxy really puts out, but I think it starts with those of us on the inside and our fans feeling like we’re all in this together and supporting each other. At this point it’s just doing what we do and trying to bring people on board and trying to get results each week.

“You get results,” he added, “it just adds momentum to what you’re trying to do.”