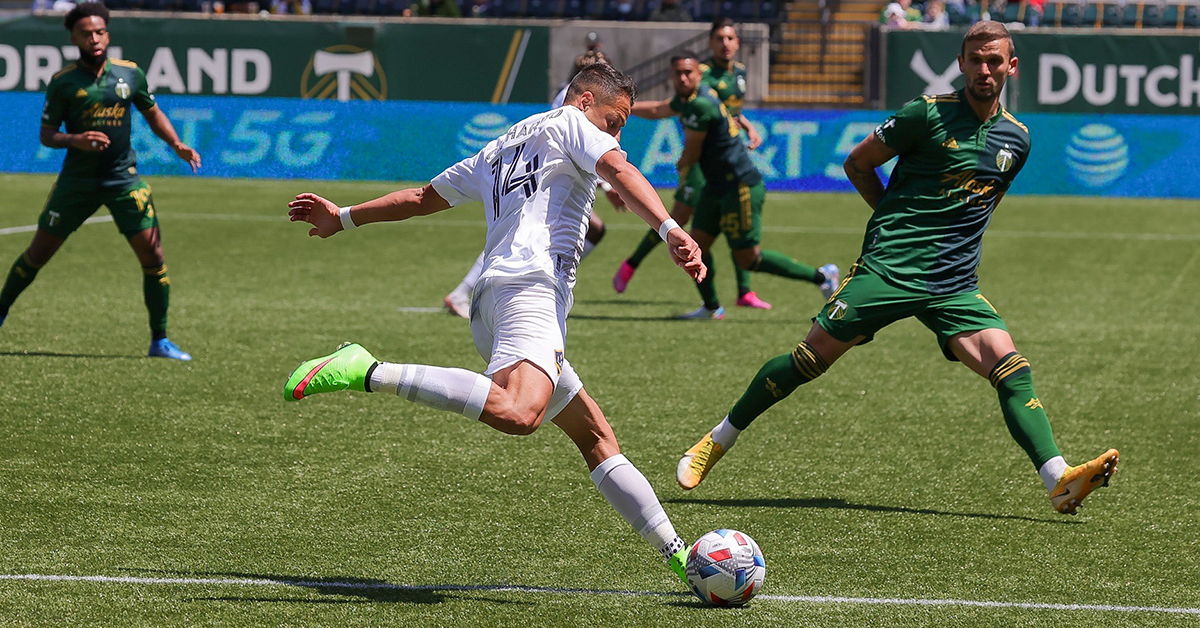 The LA Galaxy will need to regroup this week and try and shake off a stale shorthanded performance agains the Portland Timbers. Does Derrick Williams deserve more punishment?

COG STUDIOS, Calif. — The LA Galaxy need to decide how they’re going to react to a miserable afternoon in Portland. They’ve got a big week before facing off against the San Jose Earthquakes on Saturday, and we know they’re going to be missing some bodies.

On today’s show, hosts Josh Guesman and Kevin Baxter discuss the Derrick Williams red card that has everyone out for a significant punishment and tell you why we’re not ready just to believe what the Galaxy are telling us about his health status. Is it a conspiracy? No! But it is a question of why everything looked so weird.

Corner Of The Galaxy · Red Card Takes Galaxy out of Game with Timbers and more Williams Punishment?

Josh and Kevin will start by taking a look at what the Galaxy were trying to do in the game against the Timbers and what didn’t work at all. Was Efrain Alvarez the key to unlocking the Portland defense? And did that mean that Portland did an excellent job of bracketing him? Or was he trying to occupy some busy real estate that pulled Chicharito out of position?

The guys will discuss Samuel Grandsir’s backward and awkward step that saw him leave the game early and without too much impact. Plus, the guys will once again praise Jonathan Bond and Julian Araujo for another solid performance.

But the big discussion will be around the Williams red card and what Josh and Kevin think the video actually shows. Is Williams a dirty player? Was the tackle dirty? Or was it a freak coming together of two guys and more of a soccer play than people want to realize? And why does it feel like the Galaxy are fighting the ghosts of Nigel de Jong with this?

Kevin will tell you why you can expect Jonathan dos Santos to be playing this weekend when initially we thought he wasn’t playing and why Sebastian Lletget has four International games in the next three weeks?

What will the Galaxy have to do to get a starting lineup against the Earthquakes? How many starters do they have to replace?

We’ve got a busy show with a lot to talk about. And we’re glad you could join us for some CoG: From the Box!