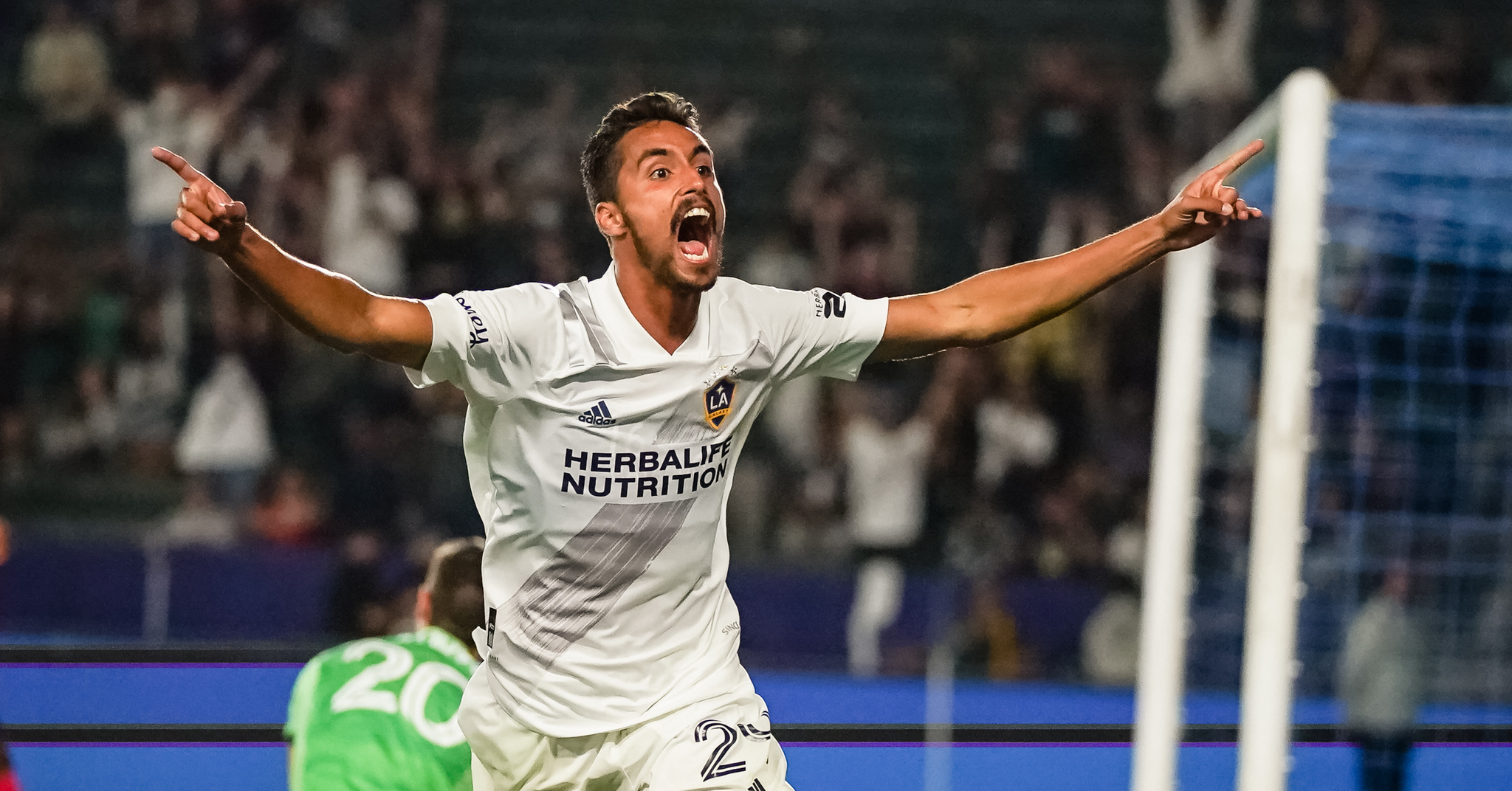 Zubak happy to put in the work for Galaxy

Ethan Zubak capped off a fairly comfortable LA Galaxy win with his first goal of the 2021 season.

LA Galaxy forward Ethan Zubak might not be as athletically gifted as some of his more high-profile teammates and likely won’t be turning in more than his share of highlight-reel plays.

But what he might lack in skill he makes up for with effort and determination, which were on full display in Wednesday’s 3-1 victory over FC Dallas in front of a Dignity Health Sports Park crowd of 16,453.

The Galaxy were leading 2-0 when defender Nick DePuy sent a long ball downfield in the direction of Zubak, who was attempting to outrun two Dallas players to the ball. He got past one but not Ryan Hollingshead, who dove while trying to head the ball back to goalkeeper Jimmy Maurer. Hollingshead, however, mishit the ball, Zubak took possession and scored on a sharp angle for a 3-0 advantage.

“It was good to get that third goal, just some hard work by Ethan to track one down, put the center back under a little bit of pressure,” Galaxy head coach Greg Vanney said. “Makes a misplay to the goalkeeper, and just because he put in the shift he got the opportunity to put it away. That was an important goal because I think it allowed the guys to steady and kind of see out the half.”

Zubak called it a spur of the moment play.

“It was one of those things where you see defenders make that mistake before in games,” he said. “It almost seemed like he knew I was on his back and that it was a tight pass to the goalkeeper. I knew it was something where a mistake could be made. So when I saw him go down it’s tough to get that much pace on the ball.

“It was more so me being prepared and reading the situation. And obviously it was a tight angle past the keeper, but I saw the angle and I just went for it.”

It was Zubak’s first goal of the season and came at a time when the Galaxy lately had been having trouble finding the back of the net. And with the native of Corona called on to take over for Javier “Chicharito” Hernandez, who did not play Wednesday because of a strained calf, the 23-year-old took it upon himself to try and make something happen.

It’s simply part of his ongoing approach to the game, he said.

“A hard work mentality … since I was a kid,” he said. “I think that’s always been my mentality. The thing that I can give every game, even if my quality is not there, is hard work. And try to give that to the guys around me because they do the same for me.

“Today my mentality was I was going to go out there and work, and do my best to help this team win the game, and the goal was the cherry on top.”

Zubak, who has played in 10 games (including three starts) this season and had only one assist to his credit prior to Wednesday’s game, said he feels no pressure trying to fill Hernandez’s shoes, albeit on a temporary basis.

“I wouldn’t say that’s the right word for it,” he said. “I think the guys have a lot of faith in me when I do come in. Chicha is one of the most supportive teammates you can ask for. He’s injured but he doesn’t make the situation any more awkward for me. He just positively encourages me in every way possible and is just a great mentor to have.”

Zubak said Hernandez has been the ideal role model for him.

“I’ve learned to have a professional mentality. Resilience is necessary, and to never give up on anything. He’s the player he is today because of his experiences. I’ve learned a great deal on the field. He’s one of those guys where you watch him practice and watch him play and instantly he knows small things that give him small advantages during games.

“It’s a wonderful experience for me to have as a somewhat younger player,” Zubak continued. “I’m just grateful to have him on the team with me.”