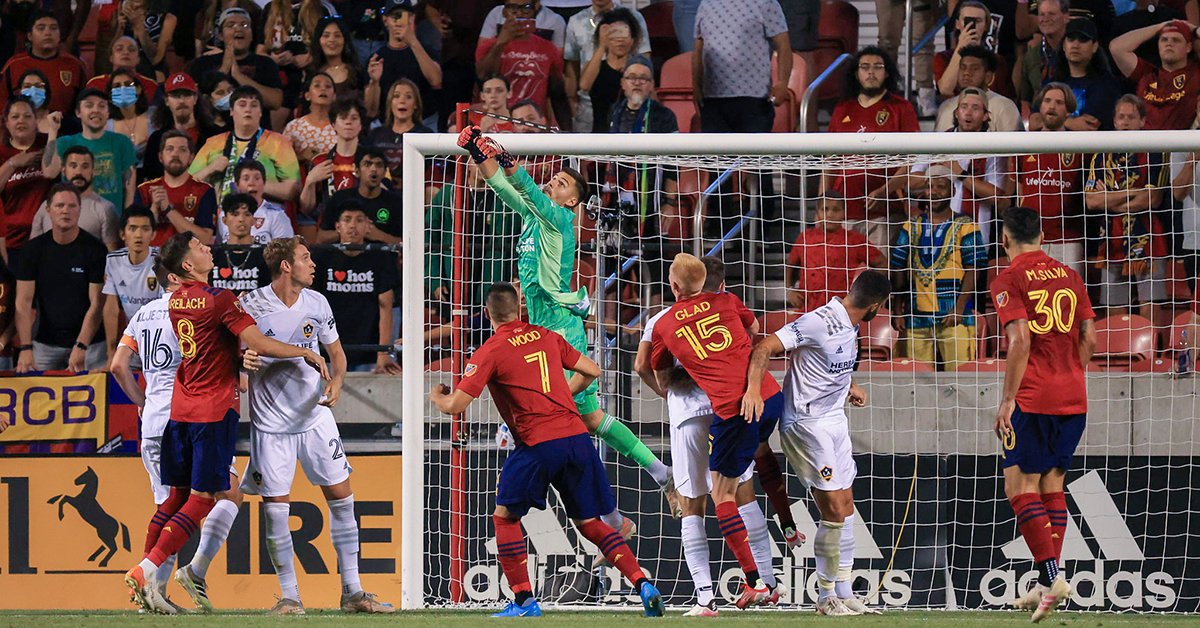 Podcast: A confidence-building draw against RSL may lead the Galaxy to victory in Dallas

The LA Galaxy needed to rescue themselves from a two-goal deficit in Salt Lake. But can that confidence carry them to victory in Dallas?

COG STUDIOS, Calif. — The LA Galaxy are already in Dallas preparing for their final game of a three-game road trip. But Dallas presents some exciting challenges. Can a depleted and road-beaten Galaxy do something that no other team has done yet?

On today’s show, host Josh Guesman is joined by guest-host Christian Miles — the voice of the Galaxy’s radio broadcasts — to discuss the events surrounding the club’s first draw of the season. Did the Galaxy learn from a poor start against Real Salt Lake? And can they take those lessons into the match with Dallas?

Josh and Christian discuss the changes that saved the game on Wednesday night and why Greg Vanney is starting to get his adjustments spot on.

Rayan Raveloson — yes, we have the pronunciation from him, again — is tearing up MLS, and he’s doing it at a pace better than another big name Galaxy player. Will that last? And what did Julian Araujo bring to the table in the game-tying goal? What makes the youngster so good?

But one player is struggling. Maybe he’s a bit lost in the system, but can Kevin Cabral start to produce for the Galaxy? And why is it important to get him out of the middle of the field?

Finally, Josh and Christian want to get you ready for the weird and wacky things that happen in Dallas. Are the Galaxy prepared to take another step forward on Saturday night in hostile territory?

Get tickets to our live event on July 31st, and thanks, as always, for joining us!