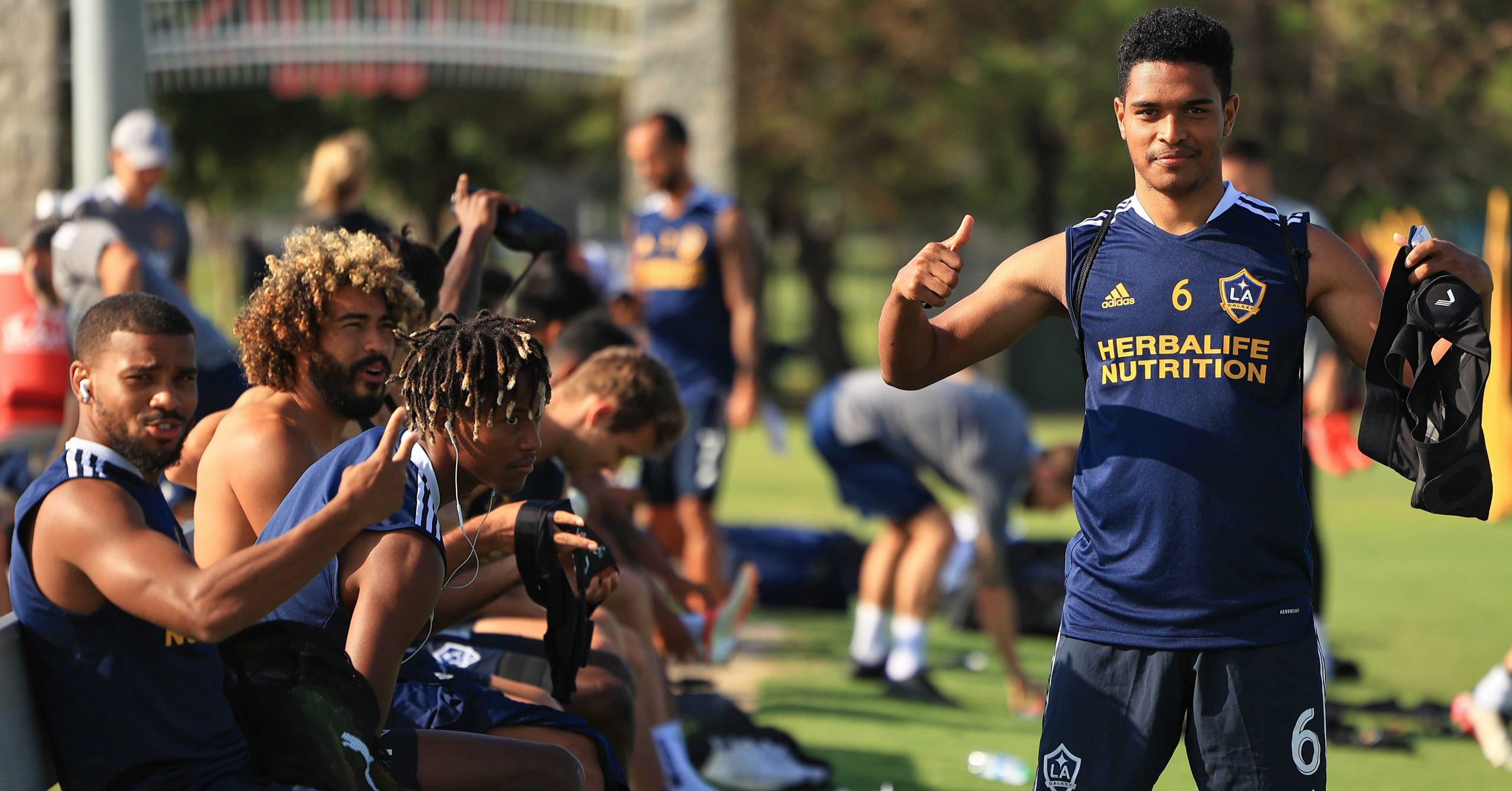 The LA Galaxy are getting ready for their third road game in the last 8 days. Will Dallas be a bigger problem than they expect?

The LA Galaxy, buoyed by their come-from-behind, 2-2 draw with Real Salt Lake on Wednesday in Sandy, Utah, put the finishing touches on their current three-game road trip with a visit to Toyota Stadium in Frisco, Texas on Saturday against FC Dallas (5:30 p.m., Spectrum SportsNet).

At first glance the game, the second meeting between the sides in just over two weeks, would appear to be one the Galaxy are favored. The Galaxy, after all, are third in the Western Conference with an 8-5-1 record for 25 points. FC Dallas is last in the West at 2-7-5 for only 11 points.

Dallas may be winless on the road in seven matches (0-7-0), but coach Luchi Gonzalez’s team is a different animal at home. Dallas is unbeaten in its last 16 matches at Toyota Stadium (8-0-8), the longest active run in Major League Soccer. The last visiting team to win there was Nashville, a 1-0 victor on Aug. 12, 2020.

“They haven’t had the best of seasons, they’ve struggled on the road, for sure,” Galaxy head coach Greg Vanney said Friday. “They haven’t won many games at home but they’ve certainly proved hard to beat at home.”

The Galaxy, who have dropped six of their last seven matches at Toyota Stadium and were 2-0 losers the last time they played there on March 9, 2019, will be facing a team that gave them a difficult time in the last meeting between the clubs on July 7 at Dignity Health Sports Park. The Galaxy prevailed 3-1, but Dallas fought back to make a game of it after trailing by three goals early in the second half.

“As far as Dallas,” Vanney said, “I thought we had some good possession and good creation of opportunities, especially in the first half. I thought as we came out in the second half the intensity level dropped a little bit from our side. They increased their speed and we didn’t match that in terms of intensity to create opportunities. That started to catch up with us a little bit in that half.

“I think that’s the expectation, something we’ve been talking about this week,” he went on. “Our intensity level has got to be higher. Last game (against Real Salt Lake) it got better when we had to chase at 2-1. I thought our intensity level was better and closer to what it should be.”

Vanney said he knows what will make a difference in the long run.

“For us again, many things are focusing on ourselves and many things we need to get better at,” he said. “I think the last game there are still too many little inefficiencies in our game, things that cost us having to work extra. I thought the last game it cost us goals, that are forcing guys to work more than they should.

“Little things. Little death by a thousand paper cuts kind of things. Some of that comes from mental fatigue or other things. But as a group, we have to tighten those things up as we continue to move forward. And the third game in a week isn’t going to be any easier from the fatigue side of things, so we need to be really sharp mentally, make good sound decisions and make sure we stay connected.”

Javier “Chicharito” Hernandez, rehabbing a calf injury that has kept him sidelined since going 72 minutes in a 3-1 win over San Jose on June 26, was pictured in a swimming pool on an Instagram Story Friday. Naturally, the assumption was made that he was with his teammates in Dallas and apparently ready to play this weekend.

Not so fast, Vanney cautioned.

“If he’s in Dallas, I’m unaware of it,” he said. “Hopefully he’s somewhere. He’s not in Dallas. He’s training. We got good news back from his follow-up MRI, he’s in a good spot.

“Now we need to do some work on the field, we need to get some training logged, things like that to make sure his return will take the right steps. Right now he’s not with us.”

Hernandez has 10 goals, one behind league leader Raul Ruidiaz of Seattle.

Rayan Raveloson has been a pleasant surprise, to say the least. The midfielder, who joined the Galaxy from French Ligue 2 side ES Troyes AC in May, has three goals in his last three matches. He is the first Galaxy player to do that since Cristian Pavon in August-September of 2020.

The only Galaxy player to score in four matches in a row since the start of the 2019 season was Zlatan Ibrahimovic, who did so three times in 2019.

“We knew he was very capable,” Vanney said of Raveloson, whose header in the 78th minute gave the Galaxy the tie with Real Salt Lake. “We knew he was an excellent jumper and his timing has proven to be phenomenal in terms of being patient and reading where the play is going to go and attacking it.

Vanney said he could tell scoring goals wasn’t something out of the ordinary for Raveloson in his first few days of training.

“He’d been here only a short period of time,” Vanney recalled with a grin. “We were doing our set-piece preparation for the game and we held him just outside of the block in a little bit more of a defensive position. He said, ‘OK, I will do this for this game, but next game I’m in there.’

“He’s scored three goals in three games by being in there. He informed us quickly he was capable of doing that, and he’s answered that call. It’s been a pleasant thing.  For sure he’s a capable target. It’s another weapon we’re happy to have.”