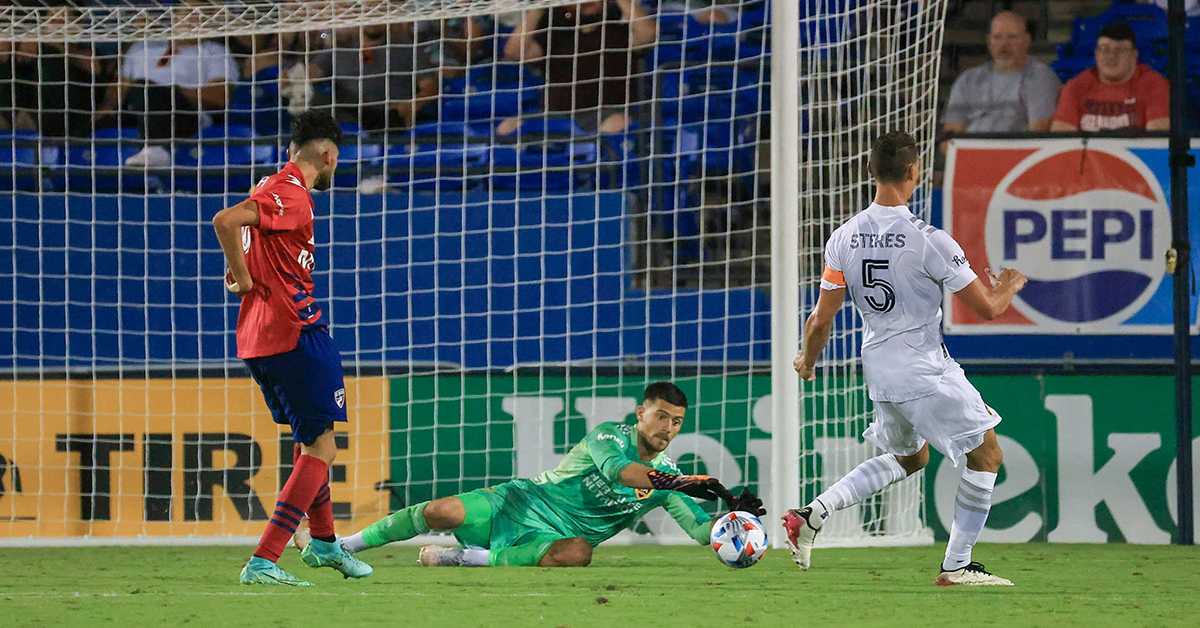 The LA Galaxy could only take home a single point in their last three games. So is it time to start panicking? And where is the Galaxy’s second striker?

COG STUDIOS, Calif. — So how should LA Galaxy fans be feeling after a pretty rough road trip? Is a single point out of a possible nine a sign that things aren’t going well for the club? Or was this just a little bump in the road?

FC Dallas took it to the Galaxy on Saturday night, but the scoreline doesn’t necessarily tell the story. And can we stop with the “excuses” excuse?

Hosts Josh Guesman and Kevin Baxter discuss the Galaxy’s problems heading into a critical home stretch against the Portland Timbers and why a statement win is vital to the team’s success throughout August.

Corner Of The Galaxy · A Bad Road Trip Leads to a Big Homestand for Galaxy. Rumor Update!

Also, Kevin will check in from his Tokyo hotel room and then have to leave early to cover the USWNT game at the Olympics.

The guys will talk about Kevin Cabral’s struggle and whether or not it’s time to bench the young player. And you’ll hear from Greg Vanney about what he’s seen from Cabral. Do you disagree with the coach’s approach? Should Cabral be put on notice?

And there was a significant return to the field on Saturday night. We’ll talk about Danilo Acosta’s Galaxy debut and tell you why he could be the key to making Jorge Villafaña even better than he’s already been.

Finally, Josh will update you on the Galaxy’s chase of Dejan Joveljić and why things seem to be heading toward a signing for a second striker. What could the young man bring to the Galaxy? And how might the club use him?

We’ve got a packed show that we can’t wait to share with you. And while you’re here, make sure to get your tickets for Saturday’s LIVE EVENT! We’ve got some great special guests lined up, including Cozmo!