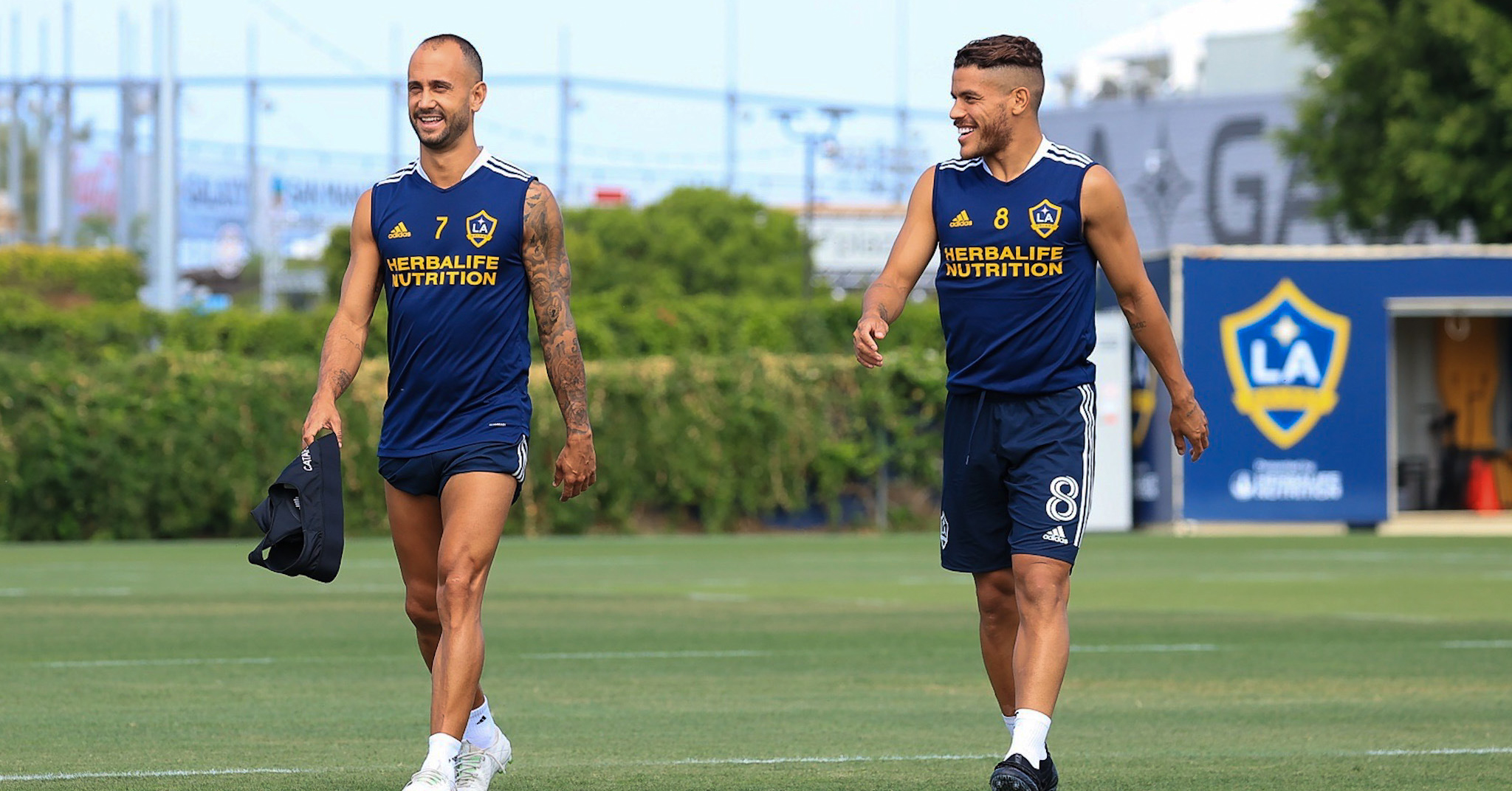 The last time anyone saw Niko Hamalainen in Major League Soccer was in 2019 when he was wearing the kit of Los Angeles FC. Now the 24-year-old defender will be donning the jersey of none other than the Galaxy, adding another spark to an already sizzling rivalry.

Hamalainen, speaking with reporters Thursday for the first time since his acquisition on loan from Queens Park Rangers of the English Football League Championship, surprisingly knew little if anything about the competitiveness between the MLS sides.

“Actually I was made aware of it when a friend sent me something on Twitter about it,” he said with a laugh. “I didn’t know anything about it before but obviously not knowing I’m expecting to be booed a little bit, but that’s football and you have to get on with it.”

He said he’s already made contact with a couple of his former teammates at LAFC, but they didn’t necessarily talk about the burgeoning ill will between the franchises.

“I’ve spoken with a couple of them, but not really in-depth on the rivalry or anything,” he said. “Kind of just ‘Hi, how are you doing?’ type of stuff. Like me coming to MLS, all that stuff, not really about the rivalry.”

Hamalainen’s addition is fortuitous for the Galaxy, who saw left-back Jorge Villafaña leave last weekend’s 1-1 tie with Vancouver with a leg injury. What initially was diagnosed as a hyperextended left knee turned out to be a bone bruise, according to head coach Greg Vanney, and Villafaña’s availability for Saturday’s match against Minnesota at Allianz Field (3 p.m., Fox) in St. Paul, Minn., was unclear.

The Galaxy traded $50,000 in general allocation money to the Chicago Fire a week ago in exchange for the No. 1 spot in the MLS waiver order to get Hamalainen, who made 29 appearances across all competitions for QPR and seven appearances for the Finnish national team.

Vanney said Hamalainen gives the Galaxy a different look from the veteran Villafaña, who has started all 18 games this season.

“He’s 6 foot-1 … tall, lean, a runner, very comfortable on the ball, very much understands the position of left-back in a four,” Vanney said of Hamalainen. “Jorge is a crafty, positional player now and not really getting end line to end line as often as he did three, four years ago. Niko can get end line to end line from time to time and gives us a different look.

“We need two guys to be able to step up in these positions, especially these fullback positions where we ask a lot of them in the attack. He gives us a chance to not crush Jorge physically, who’s had a lot of minutes in the first half of the season.”

Hamalainen said the procedure of joining the Galaxy started just last week while he was training with QPR. No more than a couple of days later things got serious.

“I kind of had a day or so to process it,” he recalled. “Then after that, I spoke with Greg (Vanney) and moved on from there. Circumstances happened and obviously, I’m happy to be here.”

Hamalainen, who was born in West Palm Beach, Fla., and owns a U.S. passport (he has an American mother and Finnish father), will not occupy an international roster spot. He was asked how his game has progressed since his brief stint with LAFC (three games).

“I think for me coming off last season, was kind of my quote, unquote breakthrough season professionally,” he said. “I gained a lot of experience playing in the Championship, then obviously breaking through with the Finland national team, playing Nations League games, qualified for the World Cup, and being involved in the Euros.

“I think all that experience brought me to the next level of my game.”

Galaxy striker Javier “Chicharito” Hernandez, sidelined since June 26 because of a calf injury, this week was one of eight players selected to compete in the MLS All-Stars Skills Challenge, set for Aug. 24 at Banc of California Stadium.

Vanney understandably was not so certain about Hernandez’s participation and said discussions with league officials were continuing.

“Any time a player is injured, they’re not expected to participate in those types of skill challenges or even the (MLS All-Star) game for that matter,” he said. “We will see as Javier progresses when that timeline hits us.

“Ongoing discussions with Javier, the league, our medical department will continue as we get closer to that deadline. For sure it’s something we’re all thinking about as we finally get him back into the mix hopefully very soon.

“We don’t want to put him at risk again and in a situation that doesn’t make sense for anybody,” Vanney continued.

Vanney also said he did not know if Hernandez would travel with the team to Minnesota.

“Will he travel will only be dependent on if he provides us with value essentially on the field,” he said. “Him staying back coming back from a muscle injury, we wouldn’t want him on a plane flying there, then flying back if he’s not able to help us on the field.”

Vanney said Hernandez might not be providing his scoring touch for the Galaxy of late — he’s tied for third in MLS with 10 goals — but his leadership skills have been more than welcome. Hernandez, for example, strongly criticized his teammates in a lengthy post-game diatribe following the disappointing tie with Vancouver.

“He’s one of the standard holders on our team. He holds himself and others to a high standard,” Vanney said. “If he’s not able to be on the field, he’s certainly observant and he’s certainly watching the games. He’s there with the group in the locker room, before the game, after the game, providing some feedback whether that’s individual players, sharing, just collective thoughts which he did in the last game post-game.

“He’s going to share his thoughts, and they’re welcome. He’s one of the guys in our group that has been at a high level, a really high level, and he likes to hold the group to the highest possible standard as well.”

Midfielder Victor Vazquez, sidelined with a sore hamstring since a 4-1 victory over Portland on July 30, will be available for Saturday. The 34-year-old midfielder returned to full training this week.

Hernandez remains in a “return to play” status and Vanney added his timeline for game action will be dependent on that progress. Ethan Zubak, who missed the Vancouver game because of an undisclosed illness, will rejoin the club Friday. Vanney said he was not sure if Zubak would make the travel roster.

Another player who will be available is Serbian striker Dejan Joveljic, who secured his work permit this week. Joveljic recently was acquired from German Bundesliga side Eintracht Frankfurt and signed a 4 1/2-year contract.

The Galaxy open a three-game, seven-day stretch in Minnesota against a Loons team that hasn’t lost at home in their last seven matches — they’re 6-2-1 on the season at home — and have outscored opponents 11-3 during their current streak. The last team to beat Minnesota at home was Austin FC in a 1-0 victory on May 1.

“They’re a good team, an experienced team,” Vanney said. “You have to beat them. I say that a lot about the teams at the top of the table in the league, and you see that with these mature teams. They just don’t give away games or make silly mistakes.

“I like the fact that we have a difficult opponent. This is a team that is going to make the playoffs, I believe, and is a team we may see somewhere down the road in a really important game. It’s good to get this experience.