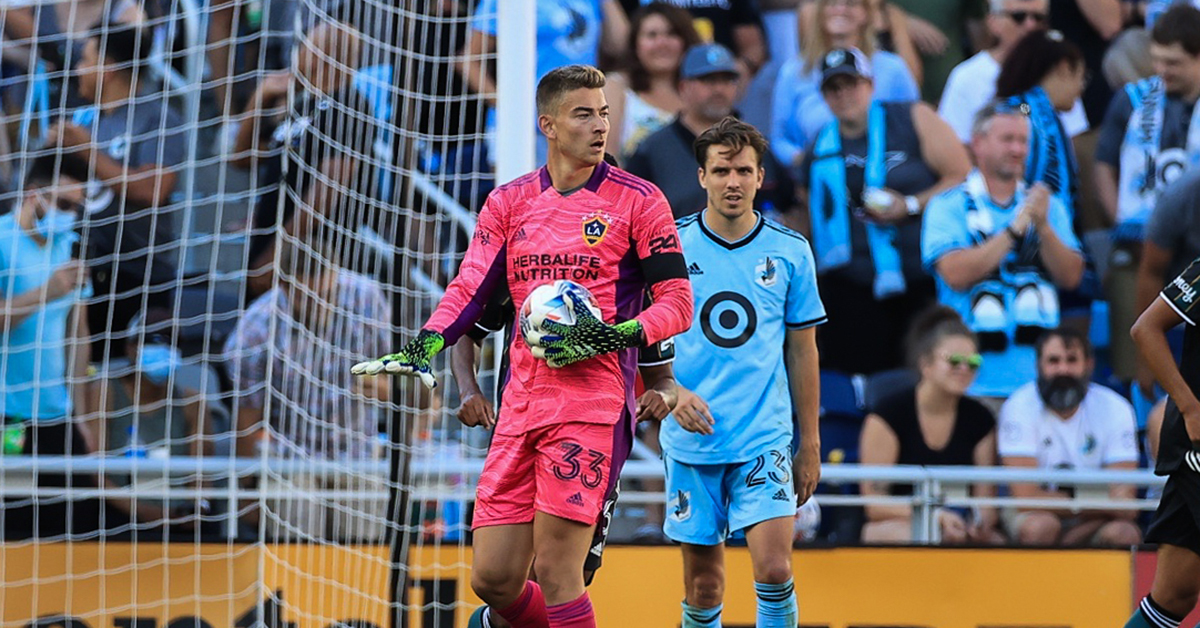 LA Galaxy have a lot to play for when they meet the Colorado Rapids. And the coaches are very familiar with each other.

Don’t be surprised if LA Galaxy head coach Greg Vanney looks down the sideline at Dignity Health Sports Park on Tuesday when the five-time MLS Cup champions take on the Colorado Rapids (7:30 p.m., Spectrum SportsNet) and finds himself doing a little reminiscing.

The sight of his counterpart Robin Fraser, head coach of the Rapids, likely will bring back plenty of fond memories of their time with the expansion Galaxy in 1996, when Vanney was a 22-year-old defender fresh out of UCLA and Fraser was a grizzled veteran eight years his senior.

“He was one of those players like Dan (Calichman) who’s my assistant,” Vanney said, “who as a young player I just shut up and listened to those guys talk.”

Fraser and Vanney likely will have plenty to discuss after the meeting between two of this season’s surprise teams in the Western Conference. The Galaxy are third in the West at 11-6-2 for 35 points, just two points behind first-place Sporting Kansas City, and Colorado is fourth at 9-4-4 for 31 points.

The Galaxy have not beaten the Rapids at home since Sept. 2, 2017 in a 3-0 victory thanks to goals by Romain Alessandrini, Ema Boateng, and Gyasi Zardes. Colorado won the last meeting at Dignity Health Sports Park, 2-0, on Sept. 19 2020, and have won their last two away games this season, including a 3-1 victory last Saturday against Houston.

Colorado may not get the recognition afforded other MLS powers, but Vanney knows the Rapids are not a side to be overlooked.

“A good team. Obviously, their coach and I go way, way, way back,” Vanney said. “A lot of our ideas are similar as far as what we’re trying to accomplish with our teams. I think they’ve earned their spot and the respect they should be getting around the league. They’ve definitely earned it.

“It’s an interesting game because the two of us know each other so well.”

Vanney clearly has the utmost respect for Fraser, not only as a player — he twice was named MLS Defender of the Year — but now as a coach.

“When he knows how he wants to play, his team is going to play that way,” Vanney said. “And everybody’s going to follow suit. If you don’t follow suit you’re not going to be there. Robin is very clear-cut that way.

“He knows he has a team that has no superstars and no super egos, and all of them have to buy in. It’s very black and white for him sometimes. I think that really helps in the way he works with that group.

“As a player,” he went on, “not a lot of things Robin couldn’t do. He was athletic, he could track down guys, he was hard-nosed, he would go through the tackle sometimes, he was comfortable on the ball. There was a lot of things he did I had respect for.”

Javier “Chicharito” Hernandez continues to recover from a nagging calf injury that has kept him out of the lineup since late June, so don’t expect to see him on the field Tuesday.

“Javier is back into doing some physical work on the field and things like that,” Vanney said. “He won’t be available for tomorrow. But he’s starting to take some of those back-to-playing steps that we need him to take.

“We’re not going to rush him through this. He’s making progress, so we’re good with that.”

In other injury news, Rayan Raveloson was deemed to be “OK” despite suffering an ankle injury and being replaced by Adam Saldaña in the 80th minute last weekend in Minnesota. Vanney said Raveloson “cramped up” in the second half, which was the reason for the substitution.

Jorge Villafaña is making progress from a bone bruise in his left knee and is questionable, so recent acquisition Niko Hämäläinen likely will get another start in the veteran’s place.

“Every day he improves,” Vanney said of Villafaña. “We’ll test him (Tuesday) to see where he’s at. If he’s not there then he won’t be involved. If he’s ready, maybe he’s on the bench.”

Sebastian Lletget, who did not make the trip to Minnesota after the death of his sister, returned to training and will be available for selection.

There are those calling for Jonathan Klinsmann to replace Jonathan Bond as the No. 1 goalkeeper following Klinsmann’s brilliant, seven-save performance in last Saturday’s 1-0 win over Minnesota, but Vanney said not so fast.

The last thing he wants on the Galaxy is a goalkeeper controversy, despite Bond having allowed 28 goals in 18 starts.

“What Jonathan did the other night Bondy has also done several times this year to help us preserve points and make incredible saves,” Vanney said. “I don’t think any goalkeeper would want for me to rip him out because a guy gets an opportunity to play and he does really well and the next thing you know that goalkeeper is on the bench. I would not be creating any sort of confidence in my two ’keepers.

“Jonathan Klinsmann showed the other night he is very capable, which we knew. He was ready for the moment and he’ll get more opportunities as I said to him. Both ’keepers are going to have to stay sharp and be ready because this isn’t a giveaway to anybody, but everybody has to be ready at any moment and there is a competition, just like every other position.

“I don’t believe in flip-flopping goalkeepers,” he went on, “and Jonathan Bond didn’t do anything wrong to be out of there. I gave him an opportunity to catch his breath.”