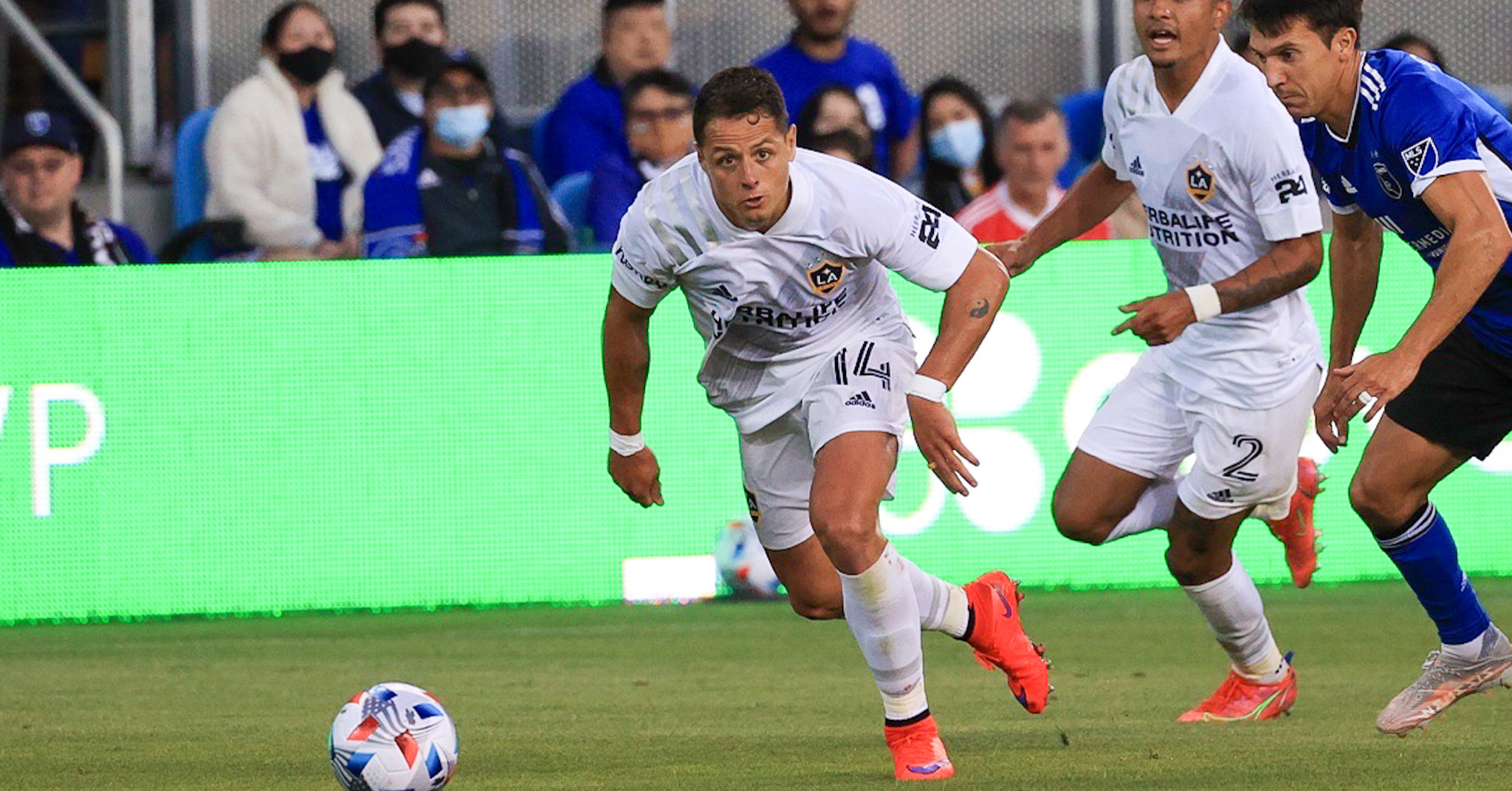 Photos Courtesy of the LA Galaxy

NOTEBOOK: Galaxy, and Chicharito, back in action against Colorado

There is some good news and some bad news as the Galaxy return to regular-season action against the Colorado Rapids on Saturday (12:30 p.m., TUDN, Univision) in Commerce City, Colo.

First the good news. Striker Javier “Chicharito” Hernandez, who has missed the last 12 games with a calf injury, will be available for selection, Galaxy head coach Greg Vanney announced Thursday. The 33-year-old striker, whose 10 goals are tied for seventh in Major League Soccer behind leader Raul Ruidiaz of Seattle (who has 14 goals), is “doing great,” according to Vanney, as he prepares to make his first appearance in a game since he scored twice in a 3-1 victory over San Jose on June 26. Vanney did not say if he would start.

“He’s trained all week with the group. He’s done well,” Vanney said. “He feels good, he looks good and he’ll be available this week. We want to see as much of him as we can without putting him in a tough situation, but he’ll be ready to go.”

Add in the factor of playing at altitude, and Dick’s Sporting Goods Park is an even tougher venue for opponents.

“As it relates to playing away games in this league, it’s challenging in general,” Vanney said. “This is a tough league in terms of road competition just because of the travel, the timing of the travel on many occasions. Sometimes it’s proximity of games. Then you add something unique in Colorado, which is over 6,000 feet of altitude” — actually, 5,200 — that the guys don’t typically get to see.

“You kind of see it in this one-off or in RSL (Real Salt Lake), you see some version of it at 4,000 feet. But you don’t see it all the time. It certainly has an impact on the game and it certainly has guys go through that physical stress they’re not used to. You have to power through it.

“In Colorado, especially with (Rapids head coach) Robin (Fraser) and some of the coaches along the way, they know how to use that to their benefit and how to make the game difficult. It’s just one of those places in our league that’s a challenging place to play.”

Hernandez’s expected return this weekend couldn’t come at a better time for the Galaxy, which has struggled offensively during his absence and is facing the league’s second-stingiest defense (behind Seattle) with only 20 goals allowed.

The Mexican international has missed the last 12 games, during which the Galaxy have scored 18 goals and have gone 4-5-3. Rayan Raveloson is second on the Galaxy with five goals and Kevin Cabral is third with four.

Midfielder Victor Vazquez has been impressed with Hernandez’s determination to get back on the field.

“He’s doing well,” Vazquez said of his teammate. “The last couple of weeks, I think he’s been improving a lot. He’s feeling much, much better. Not 100 percent, but you can see the feelings are good.

“I think he’s ready to be back on Saturday. It depends on Greg and on Chicha. We’ll see how he feels, but to have Javier back is fine for the team. I think it’s going to be really helpful for this last stretch of games.”

The Galaxy have three games in eight days, starting with Saturday in Colorado and continuing Wednesday at home against Houston and next Saturday at Minnesota. The September schedule also includes Sept. 26 at Austin and Sept. 29 at Real Salt Lake.

The Galaxy have seven players on their way back from international duty, but Vanney did not know if any of them would be available for selection Saturday. He hinted he might get a couple who are ready to go.

“We have different variables that are going on with a few of the guys,” Vanney said. “Some is just travel distance, some is vaccinations and whether guys are vaccinated or not, and if they arrive back and aren’t vaccinated then they’ll have quarantines they’ll have to fulfill.

“We suspect at least we’ll get two or three back and available for Saturday and probably the remainder of the group as we move into next week.”

Vanney will be facing Fraser, his former Galaxy teammate, for the second time this season. Fraser prevailed in the first meeting 2-1 on Aug. 17, but Vanney said the presence of his old friend just a few feet down the sideline doesn’t make things any more difficult than usual.

Vanney and Fraser were members of the original Galaxy squad in 1996. Vanney also was an assistant on Fraser’s Chivas USA squad and Fraser, in turn, was on Vanney’s coaching staff in Toronto FC.

“It’s interesting because I think a little bit of each of us is in each other’s head in terms of what might happen next or what he might do based on what we’re seeing,” Vanney said. “I enjoy playing against his teams and vice versa. We know there’s always going to be something to think about.

“I thought our group played quite as well against them the last game. We made some mistakes that we can’t make and we gave up goals that we just can’t give up. They’re obviously on a great run, they have a lot of confidence, momentum is huge in our league and they have it on their side.”

Vanney was asked if there would be any friendly wagers between the old combatants this weekend.

“We talked a lot leading up to the last game,” Vanney said. “I think we’ve just iced each other out this game.

“No talking going into it … we’ll see how this one plays out,” he said with a laugh.