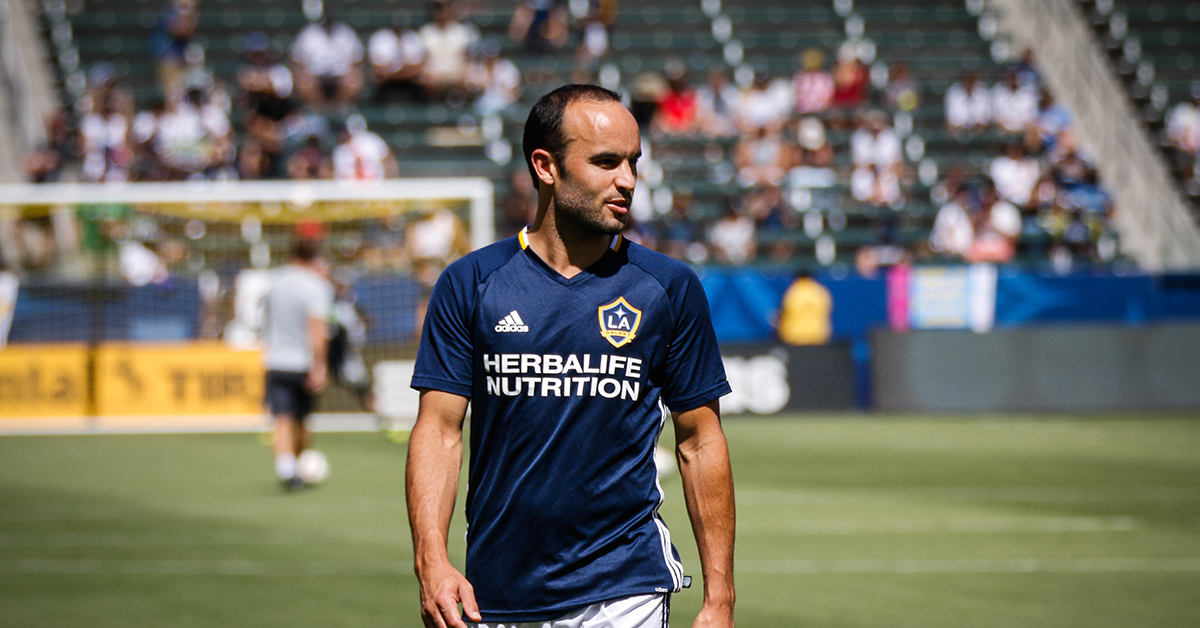 PODCAST: Special Guest, Landon Donovan. Plus, losing to RSL and coming back against LAFC!

LA Galaxy legend Landon Donovan stops by for a quick chat about his statue and what it takes to be a champion. Plus, a lot of game analysis while getting you ready for El Trafico

COG STUDIOS, Calif. — The LA Galaxy are heading into a massive game this weekend. Not only do they have to finally get some results after doing everything but scoring against Real Salt Lake, but they are also putting a statue up of one of the best Galaxy players of all time – Landon Donovan.

It will be a Sunday full of reminiscing about past championships, and a statue in the likeness of one of the greatest to ever grace the field at Dignity Health Sports Park will forever grace the entrance of a stadium he helped to make a church of soccer for all Galaxy fans.

Corner Of The Galaxy · Special Guest, Landon Donovan. Plus, losing to RSL and coming back against LAFC!

The man himself, Landon Donovan, joins Josh Guesman and Eric Vieira to start the show. He’ll discuss his emotions and feelings around a statue being put up of him and why he’s driven to do what he does — succeed at anything he sets his mind to accomplish. Landon will talk coaching, playing, and why he probably won’t be suiting up for the Galaxy on Sunday.

Then Josh and Eric want to break down the performance against Real Salt Lake. If the Galaxy can’t finish, they’re not going to win. And if they don’t start winning, no one is going to believe they are getting better.

So will a clash that some have called El Tragico, instead of El Trafico, be the game they need to get back on track?

Josh and Eric will go over this weekend’s schedule, the Galaxy’s last seven games, and discuss how many points the Galaxy could end the season with. Are you ready for the turnaround to begin? Or do you think this Galaxy team is done for 2021?

We’ve got 1 hour and 46 minutes of Galaxy talk, and it all kicks off with Landon Donovan’s excellent interview! Thanks, Landon!

And happy National Podcast Day! If you haven’t, throw your favorite podcasts a review, a subscribe, or a thumbs up! As always, we appreciate you hanging out with us!