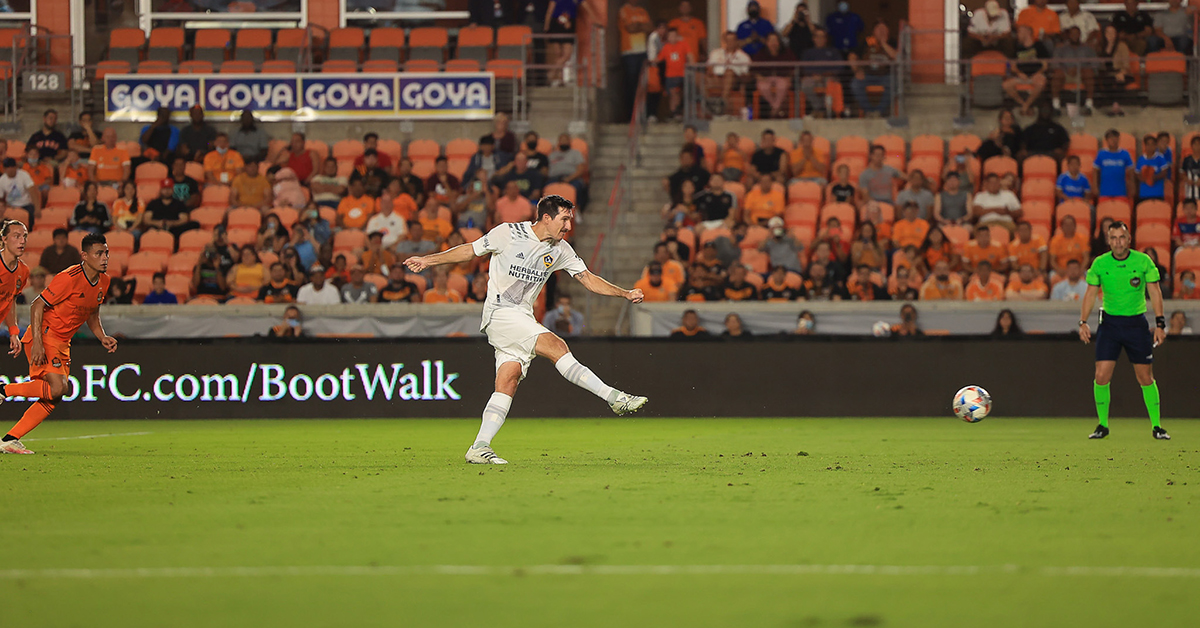 PODCAST: A 9-Point Week that could mean a lot for the LA Galaxy

The LA Galaxy gave Greg Vanney a gift for his 100th mls victory. They gave him the chance to look ahead! Let’s discuss!

COG STUDIOS, Calif. — What is there really to say about putting the Houston Dynamo to bed early? A lot, actually. And we want to share it with you.

On today’s show, hosts Josh Guesman and Eric Vieira talk about all the pertinent points the Galaxy accomplished against the Dynamo and why it makes Wednesday’s game one of the most important of the year.

In actuality, it all comes down to allowing Greg Vanney to start thinking about the FC Dallas game before the Houston game was even over. And that’s something the Galaxy have failed to accomplish this entire season. And with six points out of nine so far in the week, the Dallas game takes on an importance that might not have been there if the Galaxy don’t win midweek.

The guys will talk about the significant contributions from the alternate lineup guys like Sacha Kljestan, Efrain Alvarez, and Kevin Cabral. And they’ll also focus on Jonathan Bond’s clean sheet and Julian Araujo’s continued aggressiveness. Even Sebastian Lletget and Jonathan dos Santos get some kind words lobbed in their direction.

But the defensive pairing of Nick DePuy and Derrick Williams also deserves some focus.

Josh and Eric will also discuss the latest salary numbers and who has spent the most money at each team segment throughout the league. Plus, they’ll talk about the dollar cost per point and why it’s okay to be spending a lot if you’re getting a lot.

Finally, the guys will look ahead to a match with FC Dallas that could have the visitors Pepi-less. What’s the key to unlocking the Dallas defense? And why should the Galaxy’s game plan be to score first… again?

We’ve got a great show for you today, and we’re glad we can get you ready for a Saturday night matchup! We’ll see you at the game!