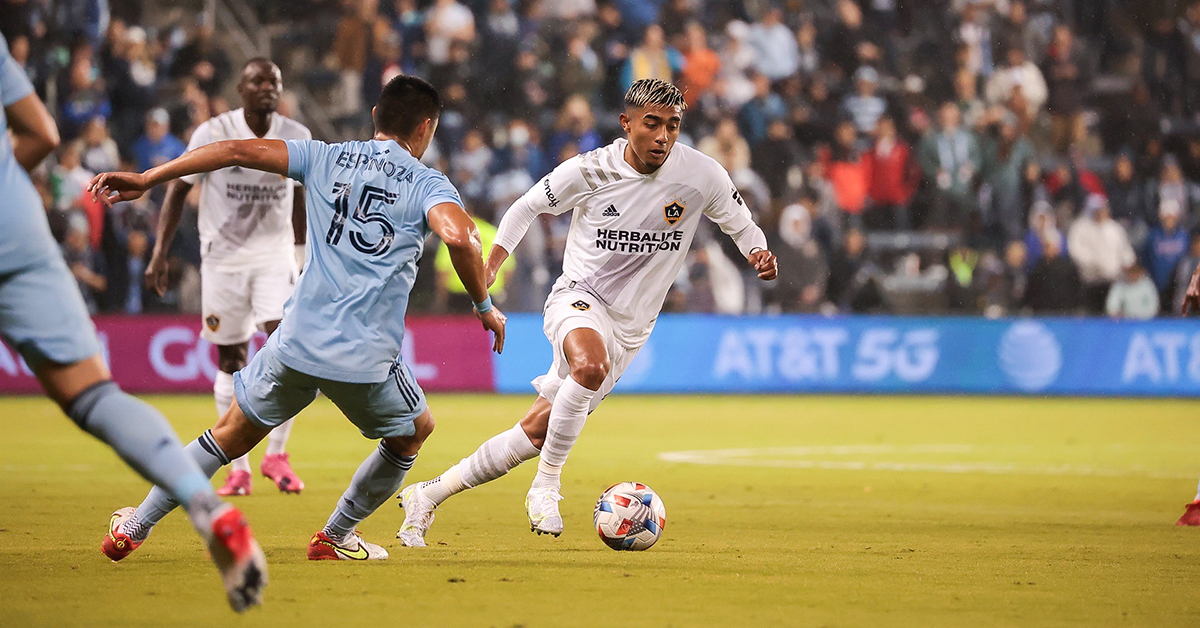 PODCAST: A single point from disaster, Galaxy hope for a rebound against Seattle

LA Galaxy get outclassed at Sporting KC, but can they find a way to be goal-dangerous against the Seattle Sounders?

COG STUDIOS, Calif. — The LA Galaxy and head coach Greg Vanney need a reality check. And an uninspiring loss to Sporting KC may have taught them their most important lesson before their two biggest games of the season.

On today’s show, host Josh Guesman wants to walk you through all the Galaxy’s mistakes against SKC and tell you why they can’t afford to make them again. Plus, there’s a lot of league news that you’re going to want to know before the Galaxy travel to Seattle for some Monday night football.

Corner Of The Galaxy · A single point from disaster, Galaxy hope for a rebound against Seattle

Josh will start with taking apart the Galaxy’s loss to SKC and talk about how the stats will make this game closer than it was. Sure Sporting only got two shots on goal, and sure the Galaxy had the same number on their side, but in actuality, the Galaxy got played off the field in this game, and a lot of it has to do with not finding the vertical seams in SKC defense.

Plus, Victor Vazquez, Jonathan dos Santos, and Rayan Raveloson were exploited on Wednesday night when the home team was able to pressure them into turnovers. Why did the defense allow two goals? And why do the Galaxy have a big choice to make on Sebastian Lletget?

Josh will also look at Designated Players across the league and try and determine if Goals + Assists mean something in the grand scheme of things. Or does it just matter when it matters? We’ll explain!

And Julian Araujo has been nominated for a bunch of post-season awards, and he’s the only player the Galaxy might see win one or two.

Plus, we’ll be looking at the standings in the Western conference and why we’re convinced that the Galaxy will be playing for everything when they face off against Minnesota!

Finally, with the Galaxy traveling to Seattle on Sunday, Josh wants to get you ready for the biggest game of the season. Can LA find a way to catch the Sounders unaware? Or will the Galaxy be left to watch the scoreboard through the rest of the week?