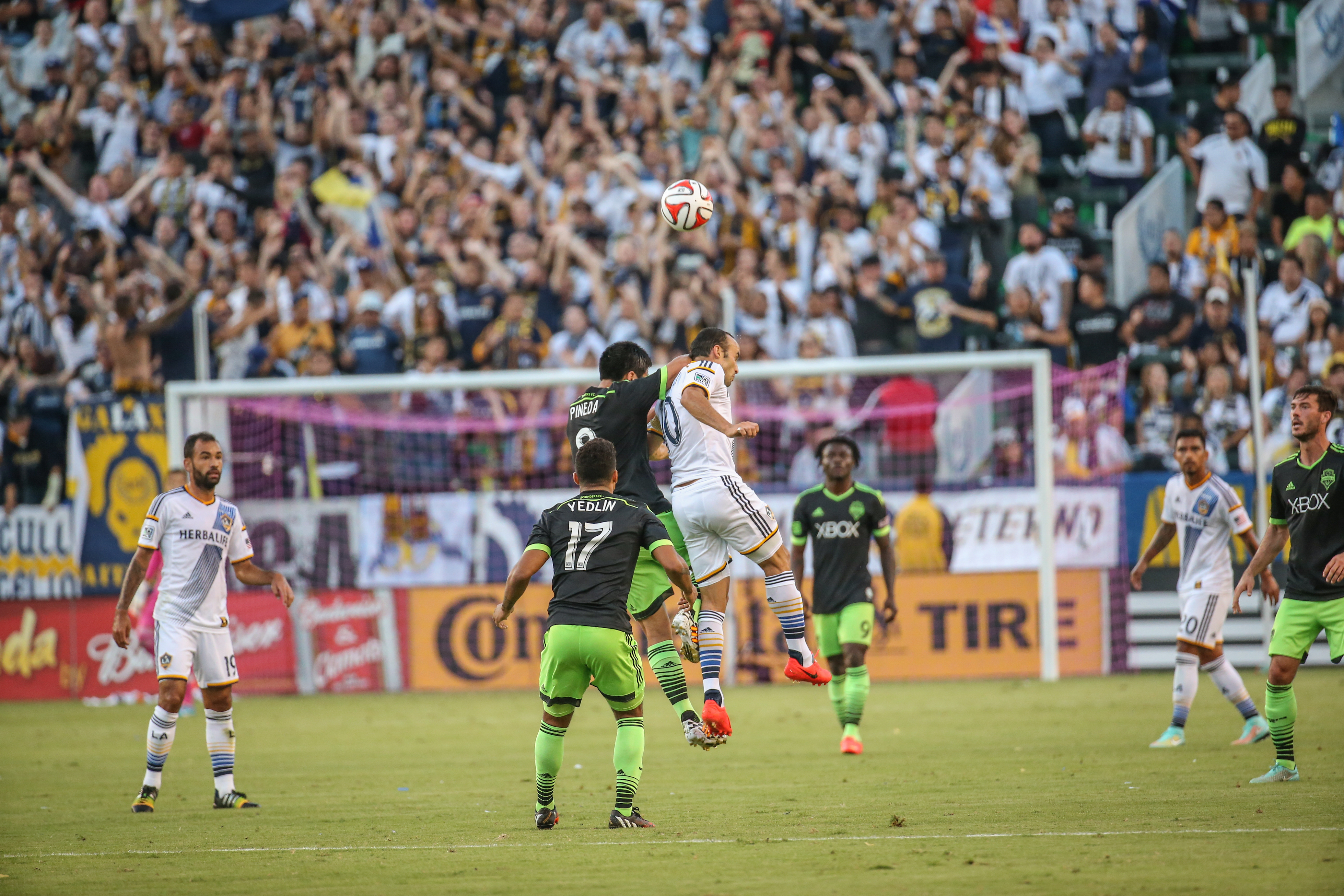 CORNER OF THE GALAXY – ONE MORE FOR THE ROAD

On this episode of Corner of the Galaxy, your hosts Josh Guesman and Jared DuBois run you through the disappointing draw with the Seattle sounders over the weekend and, of course, because MLS is a cruel mistress, we’ll get you ready for the game this Saturday in Seattle to close out the Season (TV INFO: 11:30AM on NBC).

We’ll talk the LA Galaxy’s flat performance, Omar’s Red Card, the “it should’ve been red” call against Obafemi Martins, and everything in-between. I mean Josh and Jared can’t even decide if the LA Galaxy played well in the first half.

Then we’ll switch gears and talk about AJ DeLaGarza’s multi-year signing, and the big check AEG is writing for upgrades to the StubHub Center. Josh will also go on about things he’d like to see at the stadium, you know, if anyone wants to know his opinion!

We’ll give you games to watch on Saturday as we cover the entire Western Conference and how those games effect the LA Galaxy and the league. It’s a comprehensive show (it should be it’s 65 minutes long) and we want to make sure you’re ready for the deluge on Saturday. Who knew it was going to rain in Seattle?!

It’s a great show to wrap up our Corner of the Galaxy regular season and we’re so glad we get to share it with you.