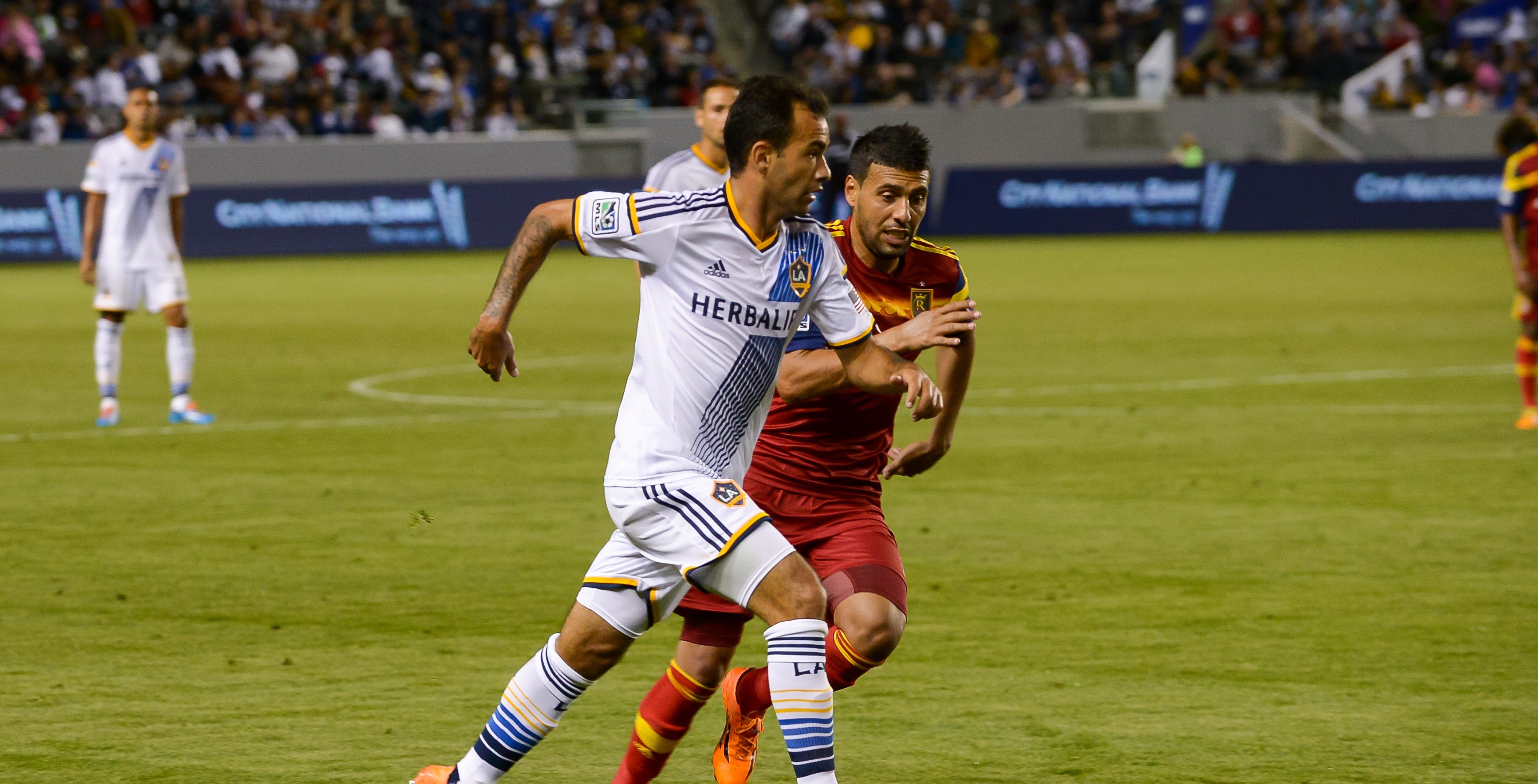 Two rams locking horns. That’s the image I couldn’t get out of my head while watching the LA Galaxy’s first playoff game end in a scoreless draw against Real Salt Lake. These are two strong teams matching each other move-for-move, and the result puts all the pressure on Sunday’s do-or-die rematch in LA.

“It wasn’t the greatest conditions, obviously. I think that’s the reason why the game wasn’t flowing as much.” Postgame, Robbie Keane blamed the blustery wind for stymieing the Galaxy’s attack throughout the first half.

Landon Donovan also cited the weather as a stumbling block: “I think the wind was a little bit impactful — you saw in the two halves, the team with the wind had a little bit more of an advantage […] It made the game probably a little sloppier than a game between these two teams would normally be.”

For LA, at least, ‘sloppy’ is an understatement. The Galaxy managed just three shots on the night, and only one of those was on target. That’s bad. Like, historically bad:

But you didn’t need to know the numbers to know LA’s offense wasn’t up to snuff. The Galaxy struggled to link up in the final third, were slow to get numbers forward, and rarely looked dangerous.

Their opponents had a much different night. Real Salt Lake launched 16 shots, put six on goal, and could’ve easily sent Donovan into an early retirement were it not for the stellar performance of the Galaxy’s keeper, Jaime Penedo. Take a look:

Even RSL head coach Jeff Cassar was raving about Penedo’s performance: “He was fantastic. He was making a lot different saves. He was commanding his box.” But I like Omar Gonzalez’s take best: “I’m happy he made the saves today, but hopefully next week we won’t give him as much work to do.”

“I’m happy he made the saves today, but hopefully next week we won’t give him as much work to do.”
—Omar Gonzalez

Penedo single-handedly (no pun intended) kept LA’s playoff hopes alive. Now the rest of the team needs to step up. The new away goals rule means that the Galaxy need a win on Sunday; any scoring draw (1–1, 2–2, etc.) will see LA knocked out.

That loss? It was to Real Salt Lake.