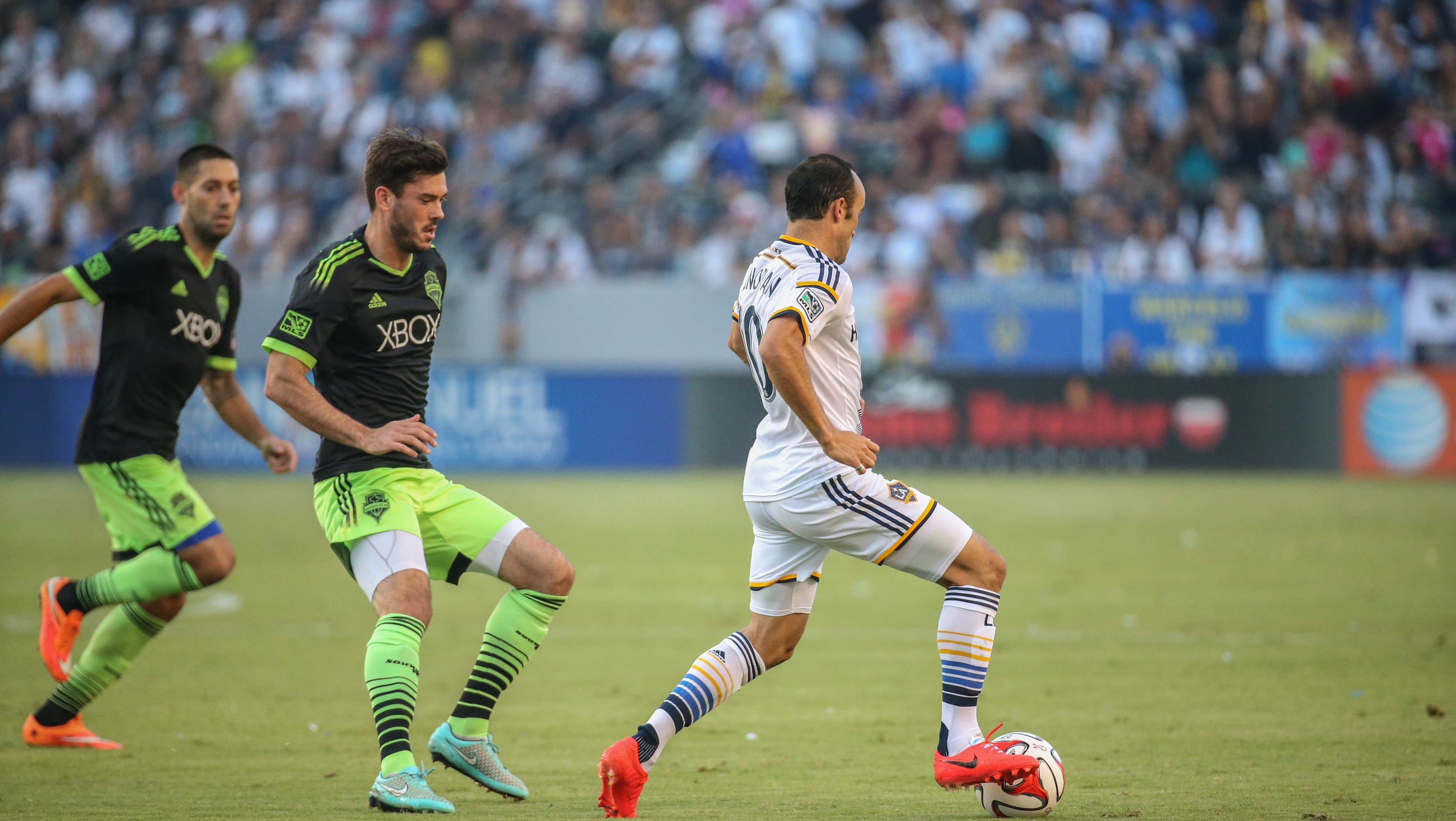 On this episode of Corner of the Galaxy your hosts Josh Guesman and Cory Ritzau really, really want you to go Sunday’s game between the LA Galaxy and Seattle Sounders. After all, this is a game between the first and second best team in Major League Soccer this year. And despite one of these clubs having won the Supporters Shield and the US Open Cup, it’s the other team, the team from Los Angeles, that you should feel proud of.

This show will get you ready for the first leg of the Western Conference Finals as Seattle will travel to StubHub on Sunday. This show will also warn you to get to the game early. There are going to be a lot of people and StubHub will be full. So parking is going to be tricky.

And even now that the LA Galaxy are preparing, for what could be their last home game at StubHub Center, Major League Soccer is preparing for next year. The guys will discuss the Chivas USA Dispersal Draft that took place today, as well as break down the rules for the MLS Expansion Draft that will take place on December 10th. The LA Galaxy will get a chance to protect 11 players and there are many rules the Josh and Cory will explain as they give you their 11 protected players.

Finally, it will be about the lineups, the availability of players, and the playing style of the LA Galaxy as they look to beat Seattle at home. It’s important for the home team to dominate the first leg and the guys will get you ready for this HUGE game.

Also, don’t forget to VOTE! We’re up for Best Club Podcast of 2014 and we’ve got a great article to convince you to help us.