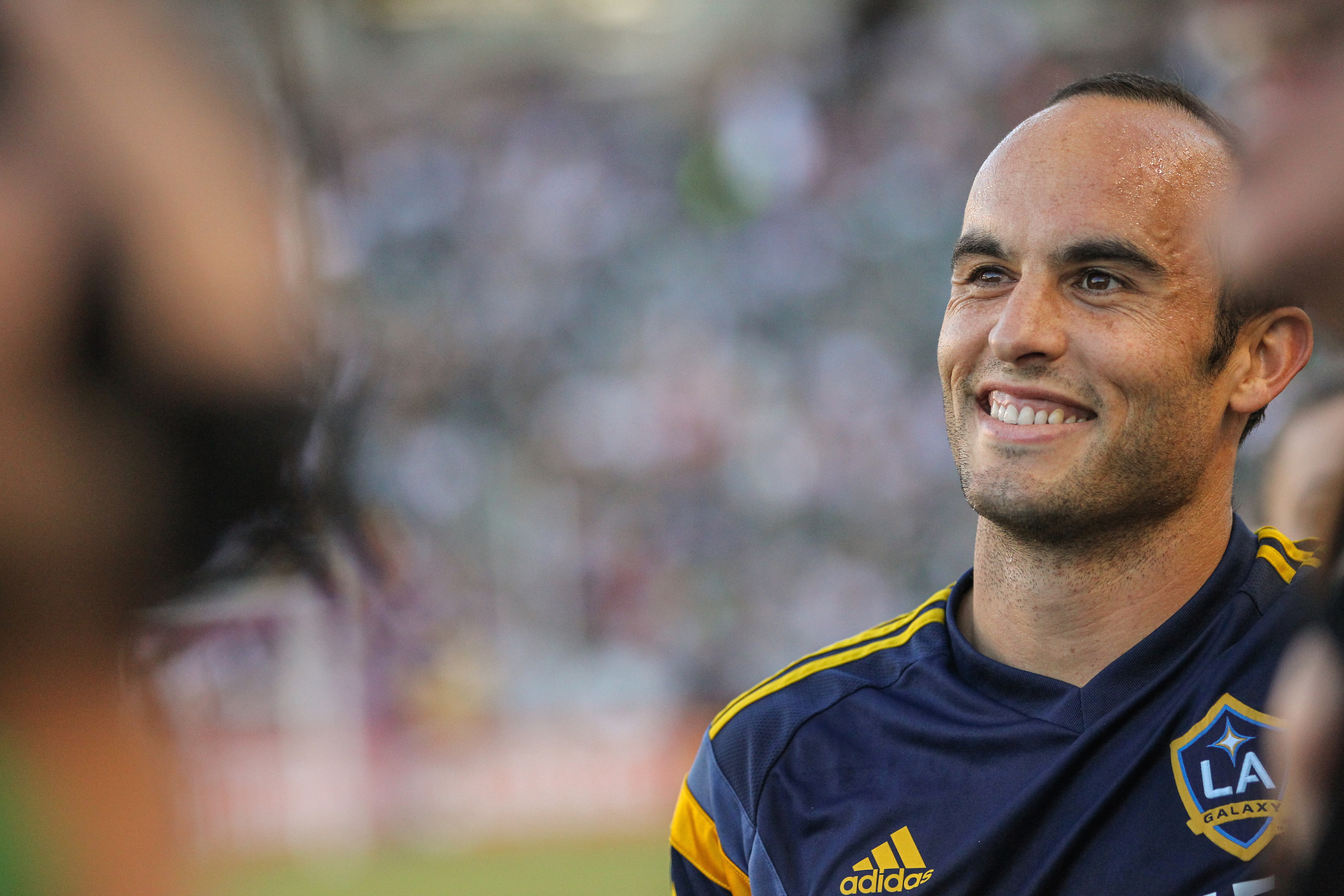 Keep An Eye On: THE MLS CUP

“That game means nothing. That’s in the archives now.” Bruce Arena has just been asked about the Galaxy’s 5–1 win over New England, way back in July. To LA’s head coach that game is the furthest thing from relevant. “If you look at the lineups those days, those lineups won’t look anything like tomorrow,” he continues. “Both teams are different teams.”

He’s right about that. When the LA Galaxy square off against New England, they’ll be facing a squad that’s truly come into their own. The Revolution are lossless in their last nine games — to say they’re on fire would be an understatement. LA has an uphill battle on their hands, and the stakes could not be higher: it’s Landon Donovan’s last game, and they’re playing for the Cup.

“The main focus was this last game. The game you play to put a star on your chest is the most important, and that’s what I’m looking forward to.”
—A.J. DeLaGarza, defender, LA Galaxy

“When you have a guy like that come to a team, I think he can pick up the guys around him,” says Omar Gonzalez. He’s talking about New England’s biggest change since the summer — the addition of Jermaine Jones, midfielder for the U.S. Men’s National Team and a playmaker who’s brought the Revolution’s attack to life. “You can see it in the way he plays,” continues Gonzalez, “he gets into tackles, he’s great with the ball, great at sending guys in on goal, and just has a great vision for this sport.”

And then there’s Charlie Davies who, in the words of Omar Gonzalez, is “back to his glory.” Gonzalez is well aware of the challenge his back line faces on Sunday. “When you have guys like Lee Nguyen, Jermaine Jones, Tierney, Bunbury serving balls in — it’s going to be dangerous. We just have to keep them in front of us, make the play predictable, and take it from there.”

Make the play predictable. Sounds like a reaction to the two goals the Galaxy gave up against Seattle, both of which came from sheer chaos in front of the net. But the Galaxy’s defense has good reason to be confident: they tied for the fewest goals allowed in the regular season, at 37. And on the other end of the field, they scored the most, at 69.

“Hopefully we can grab all that good stuff, put it into one game and have an amazing game on Sunday versus the Revolution. And hopefully we can get another ring.”
—Omar Gonzalez, defender, LA Galaxy

Like he promised when he announced his retirement, Landon Donovan is playing a Cup final in Los Angeles. It’s the American legend’s last game, a fact the Galaxy unanimously claim won’t be a distraction. “Landon’s had such an amazing career — I don’t think if we win, or don’t win, it will change that,” says Rogers. “Either way, Landon’s going to go out on top.”

“But of course, we’d love to give him that little icing on the cake.”