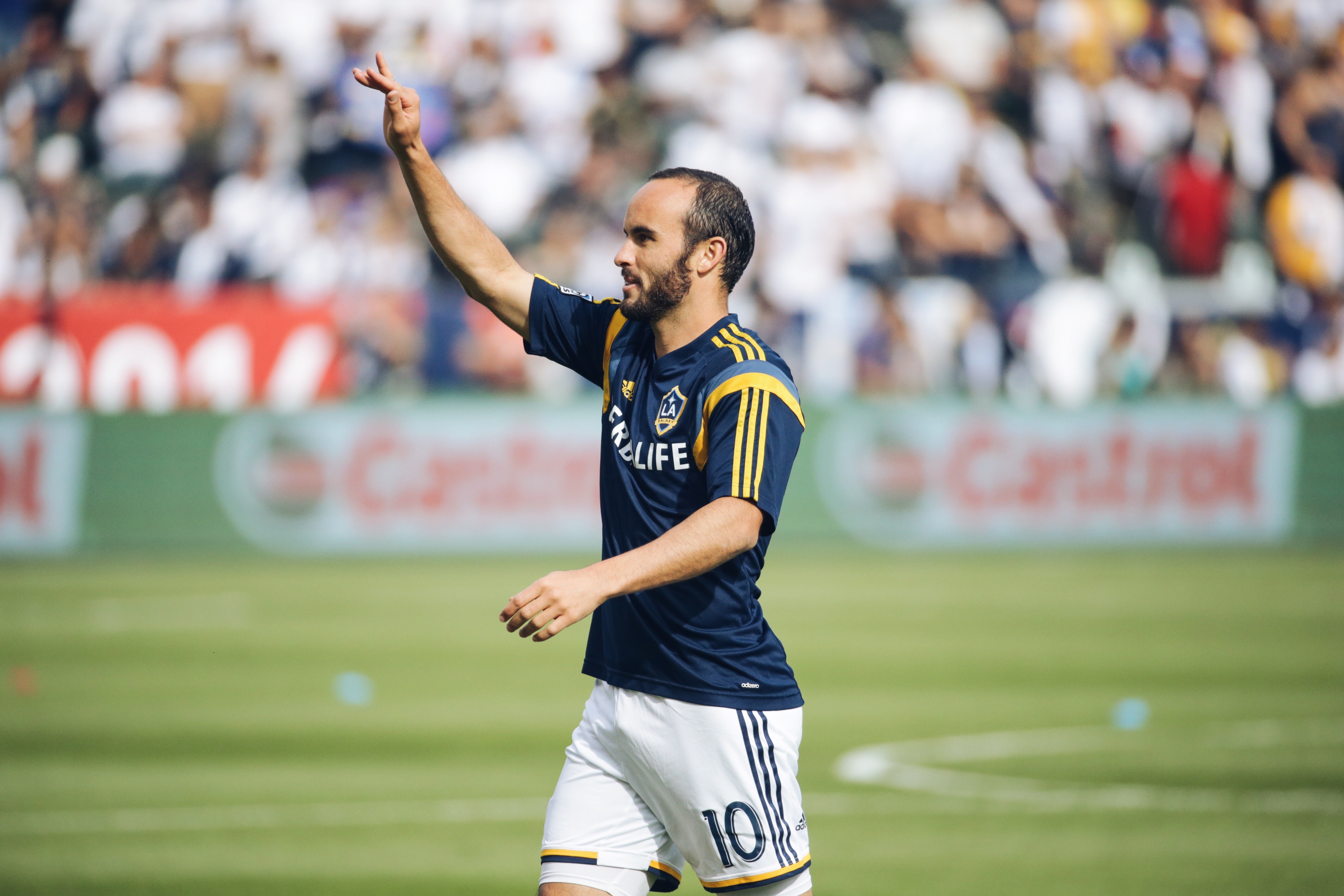 The New England Revolution were never going to make it easy. Even in Carson, even with the home field advantage, it took the Galaxy a grueling 120 minutes to grind out a 2–1 win. But in the 111th minute Robbie Keane connected with a lofty overhead pass and one-timed it into the back of New England’s net. It was the shot that sent Landon Donovan into retirement with one final ring.

“I’m in a little bit of a daze to be honest,” said Landon Donovan, still sweaty from the game. “There is a lot going on. A lot of excitement, some sadness. There is uncertainty. And, just pure joy for this team and for what we did.”

”There is a lot going on. A lot of excitement, some sadness. There is uncertainty. And, just pure joy for this team and for what we did.”
—Landon Donovan

The first half saw 45 minutes of stalemate, with the momentum shifting back and forth with every ten minute interval. But when LA ended the first half with nothing to show for their work but a yellow card for Donovan, things were looking grim.

“It’s the spell of the game, up and down,” said Gyasi Zardes about that first half. “But we got it together. We had a great halftime speech and went on to play extremely well.”

”We got it together. We had a great halftime speech and went on to play extremely well.”
—Gyasi Zardes

It was Gyasi who put the Galaxy ahead. Seven minutes into the second half Stefan Ishizaki found Zardes in the box, just a yard from the goal. Zardes took his time with the ball, he took a breath, collected himself, and buried it in the far corner netting.

But this never felt like a one-goal game. Despite good chances to seal the win with a second tally, LA couldn’t find a way to finish. In the 79th minute, Patrick Mullins sent a cross into the Galaxy’s penalty box and onto the foot of Chris Tierney. Jaime Penedo managed to deflect the shot, but not quite enough — and it sailed into the right side of LA’s goal.

It was a low point for the Galaxy. “A couple of times this year, we’ve gone after that first goal, and then given up another one after that, and lost games,” said A.J. DeLaGarza. “That plays with your mind a little bit, but at the same time you are just trying to get the job done.”

”A couple of times this year, we’ve gone after that first goal, and then given up another one after that, and lost games. That plays with your mind a little bit.”
—A.J. DeLaGarza

The 1–1 deadlock held to the end of regulation time, sending the MLS Cup final into thirty minutes of extra time. Now Bruce Arena finally made his subs, replacing Robbie Rogers with Dan Gargan, and pulling Stefan Ishizaki in favor of Alan Gordon.

Despite the fresh legs, both teams were dragging. It wasn’t until the 111th minute that anyone could break through — and when the goal came, it came from a gorgeous assist and smart finish between Marcelo Sarvas and Robbie Keane.

It wasn’t quite that easy. The Galaxy bunkered in for the final ten minutes, and New England managed to find chances and get shots off. But when the final whistle blew, the result held: 2–1, Galaxy. LA is the first team to win five MLS Cups, earning an astonishing three in the last four years.

For Landon Donovan, though, the celebration held mixed emotions.

“There is a lot of good; there is going to be some bad. It feels good to go out like this.”