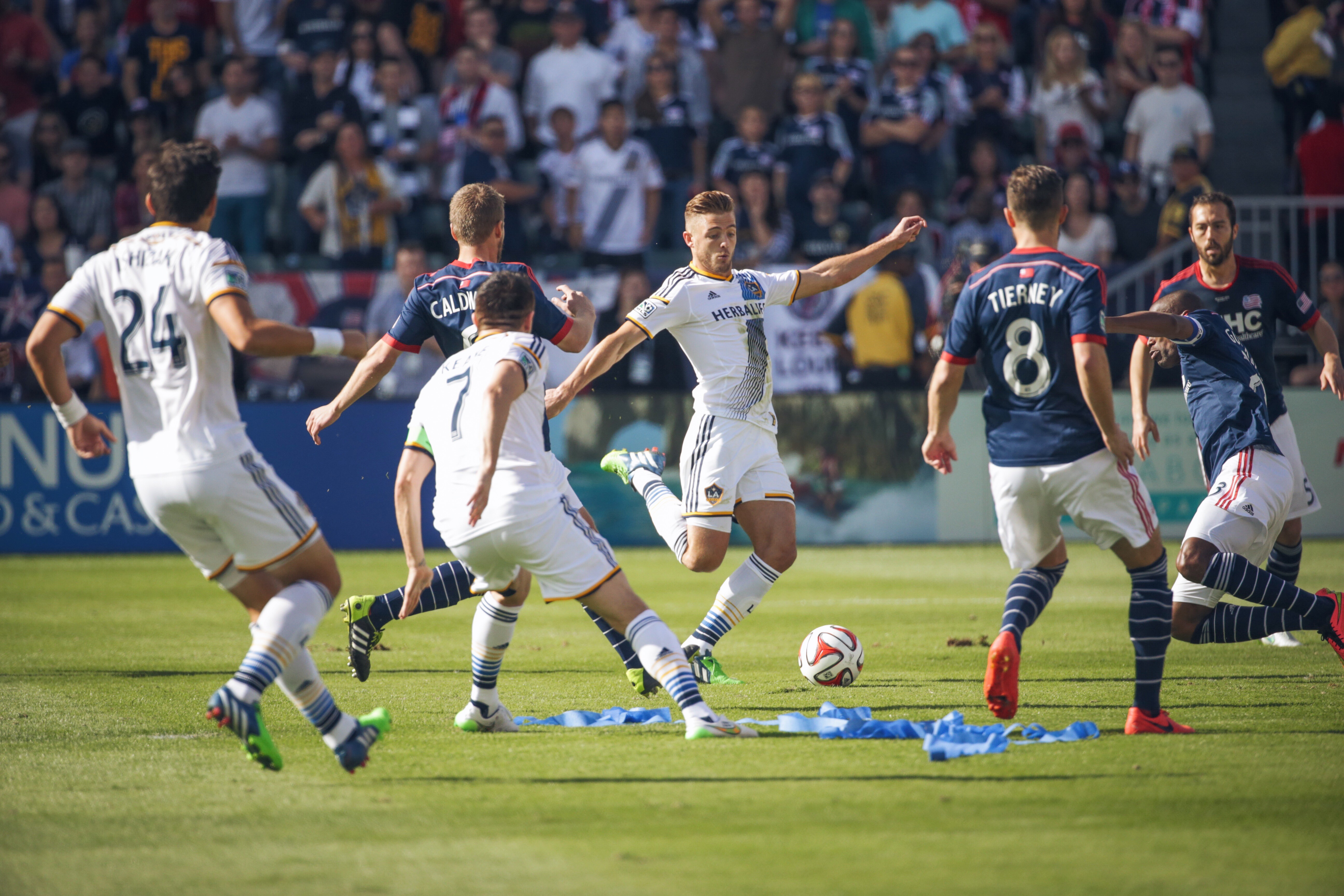 For Robbie Rogers in particular, yesterday’s win was one to savor. Although he won a Cup with Columbus in 2008, Rogers said this is the first time he’s been able to celebrate.

“I remember last time I won this it was here, and it was totally different circumstances. And I couldn’t enjoy it,” says Rogers. “I couldn’t share that emotion with people. I went home after the game and I sat in my bed thinking ‘why am I not out with my teammates celebrating this?’”

“Last time I won this it was here, and it was totally different circumstances. And I couldn’t enjoy it.”
—Robbie Rogers

In 2013 Rogers both came out and announced his retirement from soccer. At the time, a gay footballer seemed like an oxymoron. He told The Guardian: “If you have a bad game it’ll be: ‘Aw, that gay dude … he’s struggling because he’s gay.’ Fuck it. I don’t want to mess with that.”

But then Jason Collins became the first openly gay player in U.S. sports. Collins thanked Rogers for “blazing the trail,” and the day after his announcement, Robbie started training with the LA Galaxy.

“I said to Bruce [Arena, head coach] and Chris [Klein] after the game, just, ‘thank you so much,’” said Rogers. “Thanks for including me, for having me here and having faith in me. Without them I wouldn’t be here.”

And Robbie had one other person to thank — his former USMNT teammate. “Landon was one of those guys that helped me get back into the game. And he’s been a supporter of mine throughout my whole career.” Rogers, like many of the Galaxy players, saw this as the perfect end to Donovan’s career: “I’m so happy that he can leave the Galaxy with his head held extremely high.”

“Landon was one of those guys that helped me get back into the game… I’m so happy that he can leave the Galaxy with his head held extremely high.”
—Robbie Rogers

In a year that saw his return to the starting lineup, the release of his autobiography, Coming Out to Play, and an MLS Cup, Robbie Rogers can’t stop thanking his teammates.

“For it to end this way and to share it with these guys on the field has been amazing,” said Rogers. “I’m such a different person, and it’s just been… I can’t explain to you, but it’s been a difficult but amazing journey for me.”

For more of Robbie Rogers’ post-game interview, including how he almost fainted when Robbie Keane scored the game winner, head here.