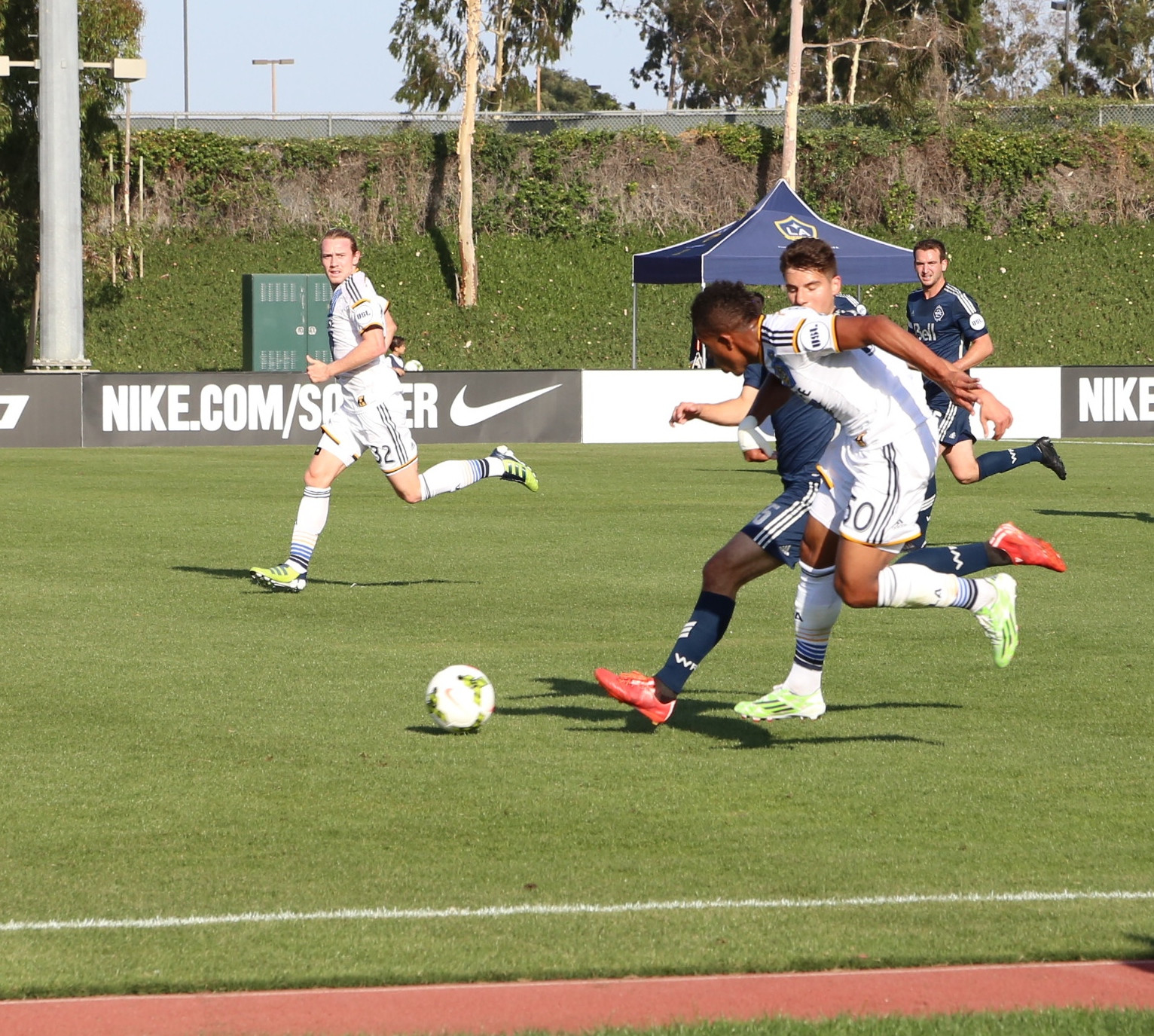 An 87th minute goal by Los Angeles Galaxy II’s midfielder Ariel Lassiter gave the home side a 2-1 win at StubHub Track and Field Stadium on Sunday against the Vancouver Whitecaps 2. Lassiter’s third goal of the season meant a 3rd straight win for Los Dos!

Galaxy II quickly set the pace from the start, applying constant pressure on Vancouver’s defence, but goalkeeper Spencer Richey blocked many notable Los Dos chances. In the 15th minute, Galaxy II striker Raul Mendiola put a cross through to Jack McBean, but Richey punched the ball out. In the 24th minute a strike from Galaxy II’s Lassiter from the right was deflected by Travis Bowen. But Galaxy II eventually scored the first goal of the match in the 32nd minute when Jack McBean found Bowen at the back post, making it his second goal of the 2015 season. The Whitecaps were able to equalize quickly 3 minutes later, when Brett Levis and Caleb Clarke set up a methodical goal for Billy Schuler.

The second half’s pace was set mostly by Vancouver. Mackenzie Pridham nearly slotted in a 2nd goal for the Whitecaps, but Los Dos’ keeper Brian Rowe, making his debut for Los Dos this season, dramatically recovered the ball in the nick of time before it was too late. Moments later, Rowe blocked another attempt at goal, this time from Brett Levis.

Galaxy II heroically scored again in the 87th minute on a counter when Lassiter scored off a perfectly placed Raul Mendiola assist, his sixth assist of the season.