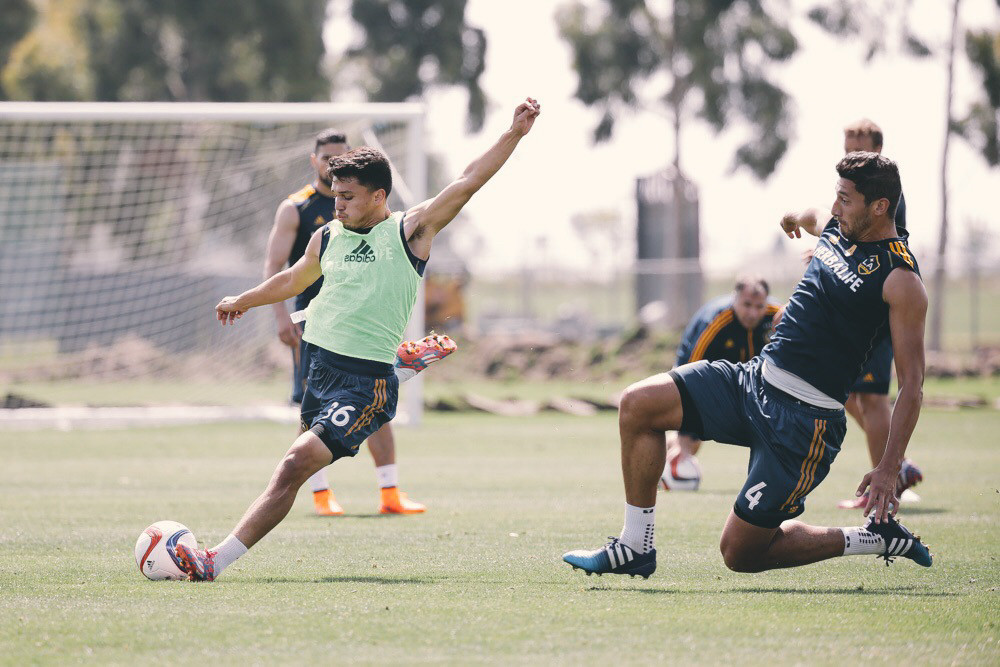 The LA Galaxy are back on the road for the 3rd and final game of a road trip that took them from LA to Salt Lake City, then to Dallas, with difficult weather throughout. Now the Galaxy travel to Florida to take on Orlando City. LA haven’t won a road game still since last August against the Colorado Rapids. Will this finally break the spell?

The Galaxy are back in action on Sunday at 2 PM PT at the Citrus Bowl in Orlando against a good and exciting team in Orlando City. They will be facing former Ballon d’Or winner Kaká, USMNT defender Brek Shea, and the rest of Orlando City Soccer Club. It has been announced that 34,000 tickets have been sold already before the heavily anticipated match, but I expect a few more thousand seats to be sold. The forecast in Orlando for Sunday is similar to what the Galaxy experienced down in Salt Lake, with typical Florida weather at 88 degrees but with thunderstorms. It’s going to be tough with the humidity and the turf field that the Citrus Bowl consists of.

Kaka is definitely someone the Galaxy have to keep their eye on. I personally believe the best way to go about it is if the Galaxy man mark Kaka, with the Galaxy’s own Brazilian Juninho. Defending Kaka is a tall task but it will take a group effort at stopping the playmaker. Another player to keep an eye on for OCSC is Cyle Larin who has been on a tear of late, scoring 3 times in the last 4 matches. Orlando also has a familiar face in Brek Shea, who will be running the left flank a lot as well as former LA Galaxy goalkeeper, Donovan Ricketts.

As the Galaxy are going for their first win on the road, the Lions of OCSC are going for their first home win. “We’re looking forward to the game this weekend,” said head coach of Orlando City, Adrian Heath. “It’s a great opportunity for our supporters to come and look at arguably the biggest club in MLS and certainly the most successful. We’re looking forward to it. We expect a great crowd and maybe our first home win.”

“It’s a great opportunity for our supporters to come and look at arguably the biggest club in MLS and certainly the most successful. We’re looking forward to it. We expect a great crowd and maybe our first home win.”
—Orlando City Head Coach, Adrian Heath

The Galaxy have been on the bad end of the injury bug this season, but one of their pieces might be coming back on Sunday. Jose Villarreal has been training with the first team and had some time in the 2-0 win on Wednesday night with Los Dos against Tulsa.

When Head Coach Bruce Arena was asked about the injuries during this season, “Injuries are part of the game. What are you going to do?” he asked. “It’s part of the game. These things go in cycles; there will be times when we get our full team back and all the aggravation will be worthwhile.Things happen every day and you have to make adjustments on the fly.”

“Injuries are part of the game. What are you going to do?”
—LA Galaxy Head Coach, Bruce Arena

Even though Jose Villarreal is coming back, there are still questions with LA Galaxy defender, Robbie Rogers after suffering an ankle injury. He has been on the mend and hasn’t participated in two consecutive trainings. So it’s still up in the air if Rogers will even be in the 18. Some good news is that Robbie Keane has started running on the side at training, so look to see Robbie take it slowly, but its great to see him back on his feet.

So now you are thinking, what can the lineup look like for the Galaxy against Orlando? As you see here, I see the pairing of Gordon and BJ IV up top for the Galaxy, with Zardes on the left wing, Ishizaki on the right wing, Juninho playing that holding defensive midfield. Then in front of Juninho, I predict newcomer, Sebastian Lletget will be starting for the Galaxy. I really do believe that this will happen as the Galaxy need a spark in the midfield and I feel he will be the one to bring it. In the back, I predict a back 4 of DeLaGarza, Gonzalez, Leonardo, and Sorto because of the uncertainty to Robbie Rogers and the suspension due to accumulation of yellow cards to Dan Gargan. Lastly, in goal, Jaime Penedo.

This will definitely be a great game as the Galaxy aim for their first road win. Orlando plays an exciting brand of soccer, but if the Galaxy want to come out with the 3 points, it will take a collective effort from everyone to get the job done.

The first ever matchup between the Galaxy and Orlando City will be a good one and you can catch it on ESPN 2 and ESPN Deportes at 2 PM PT this Sunday, May 17th.