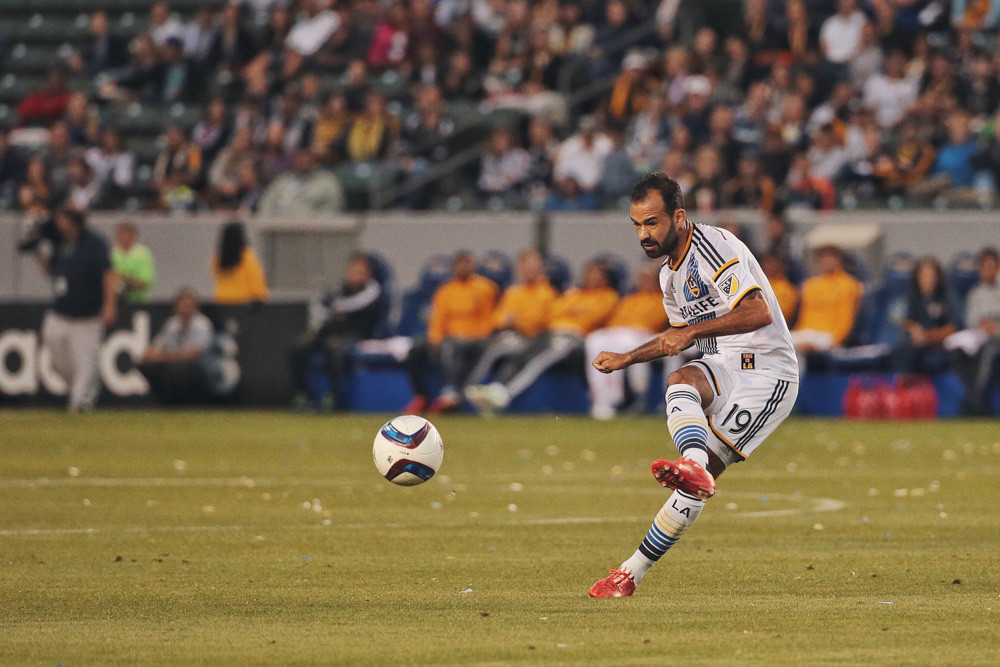 The LA Galaxy are hosting a US Open Cup game for the first time since 2010. Here’s a preview of their game on Wednesday night!

The LA Galaxy are back in action on Wednesday night at the StubHub Center at 7:30 PM against an unknown opponent to many, PSA Elite. In this 4th round US Open Cup match, the visitors will definitely be trying to catch the LA Galaxy sleeping on them, as this does resemble a David vs. Goliath matchup. But don’t be ready to see an upset as the Homeside will be ready to take on their opponent hailing from the United States Adult Soccer Association.

You’re probably thinking, who is PSA Elite? They are an amateur soccer club based out of Irvine, California in Orange County and they compete in the USASA. In the 2015 US Open Cup, PSA Elite entered the tournament in the 1st Round. They are coming into the match on Wednesday with three impressive wins, defeating FC Golden State Misioneros, 7-1. Then going on to beat Orange County Blues from the USL Pro 2-1 in the 2nd Round, and lastly defeating the Ventura County Fusion in the 3rd Round, 2-1, a side who actually defeated LA Galaxy II before playing PSA Elite in the 3rd Round.

PSA Elite aren’t newcomers to this point of the US Open Cup either, as they had previously made the 4th Round of the tournament, last year against the Seattle Sounders(ugh), but had fallen short, losing 5-0. PSA Elite has a distinct honor as being the last Amateur club still left in the US Open Cup and that in itself is a win for the club.

For the LA Galaxy, this will be a test to see how they can play a club where they don’t really have any prior knowledge of their opponent. However, the talent gap between an MLS side and amateur side should be a gap too far to bridge. Expect the Galaxy to be heavy favorites, but it will also give Head Coach Bruce Arena a chance to start some fresh faces and see him play around with the lineups.And with an MLS Matchup upcoming this Saturday against Philadelphia Union at StubHub Center at 7:30 PM the bench may play a prominent role in the nights proceedings.

This match for the LA Galaxy will be the first time since 2010 that they have hosted a US Open Cup match. Thankfully, the Galaxy don’t have to go through the Carolina Railhawks! Even though the Galaxy have a decent record in the US Open Cup, with a record of 25-14-1 in all time play and having won the US Open Cup on 2 occasions (2002 and 2005), and being finalists on 2 other occasions. The Galaxy haven’t always stepped their best foot forward for the US Open Cup. Hopefully that changes this year.

There are also many incentives and great perks for the 4th Round US Open Cup game tomorrow at 7:30 PM at StubHub Center.

If you can’t make it out to the StubHub Center for the game, it will also be live streamed on LAGalaxy.com.