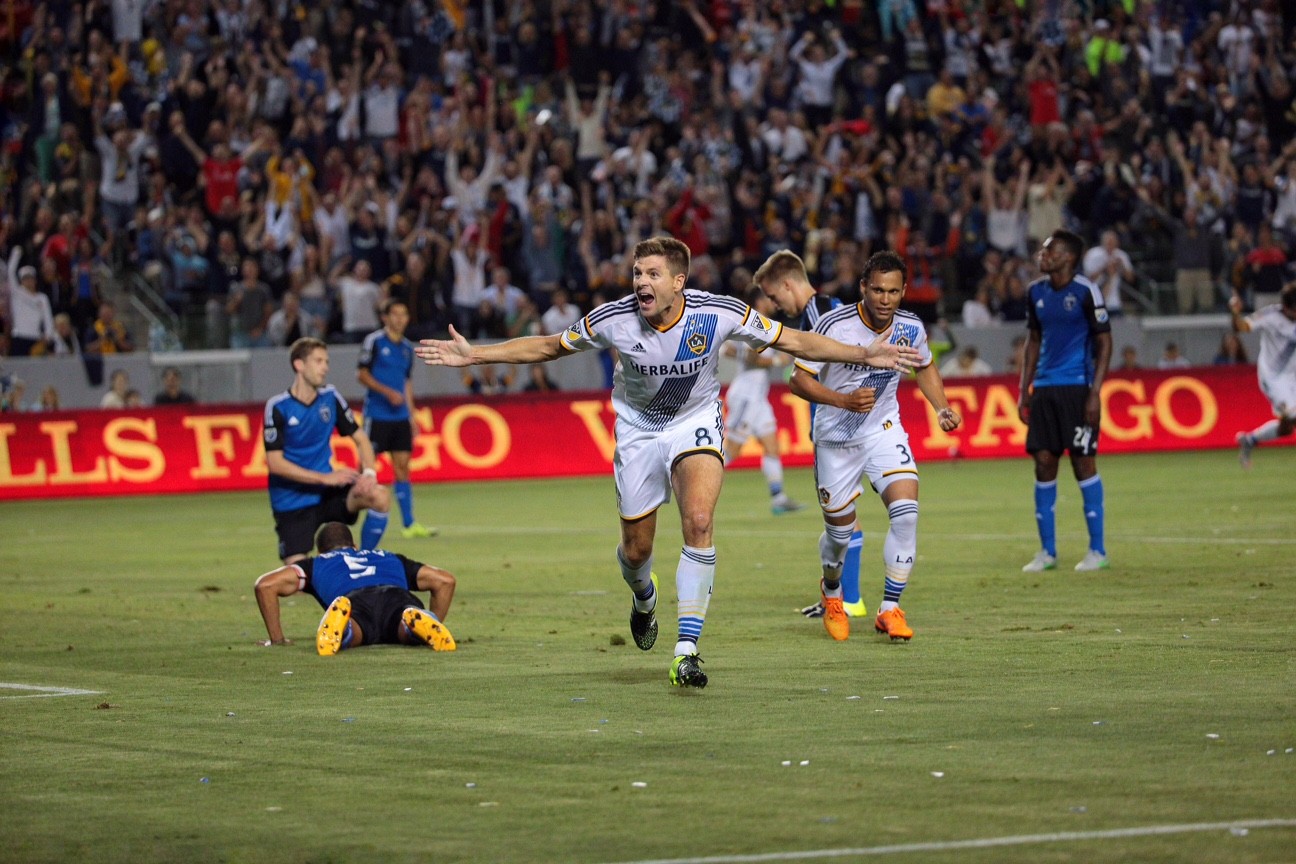 Corner of the Galaxy: LA Galaxy Beat SJ and Look Ahead to Houston – With Alexi Lalas

On Today’s show we’re going to get you through the 5-2 victory over the San Jose Earthquakes, get some takeaways from the Barcelona friendly and look ahead to the Houston game on Saturday. With Special guest host, Fox Soccer Analyst, Alexi Lalas.

It’s another packed Corner of the Galaxy. It’s Josh’s B-day show and he’s joined by a great friend to the show, Alexi Lalas (Fox Sports) to discuss everything that’s going on with the LA Galaxy.

First the Guys will dissect the victory over the San Jose Earthquakes in Steven Gerrard’s MLS debut, while also taking you through Robbie Keane’s hat trick. How good was Sebastian Lletget going forward? How well did Gerrard settle in? How sick was Robbie Keane?

The guys will answer those questions and bring you post-game audio from Bruce Arena, Steven Gerrard, Robbie Keane and Sebastian Lletget.

Next Josh and Alexi will breakdown all the LA Galaxy news including the announcement that the LA Galaxy organization has launched a High School Education Program that will see it bring in High School aged players to both get an education and increase their soccer skills. It’s a big advancement in US Soccer as a whole and a great step for the LA Galaxy.

Finally the guys will breakdown the matchup with Houston on Saturday. It’s going to be hot. The LA Galaxy are going to be missing players. And Steven Gerrard will have to face a road game in a much hotter climate than he’s used to.

It’s a packed show with a world class soccer analyst so don’t go anywhere! It’s another great Corner of the Galaxy Podcast!

Music Provided by Alexi Lalas and Back Pocket Memory