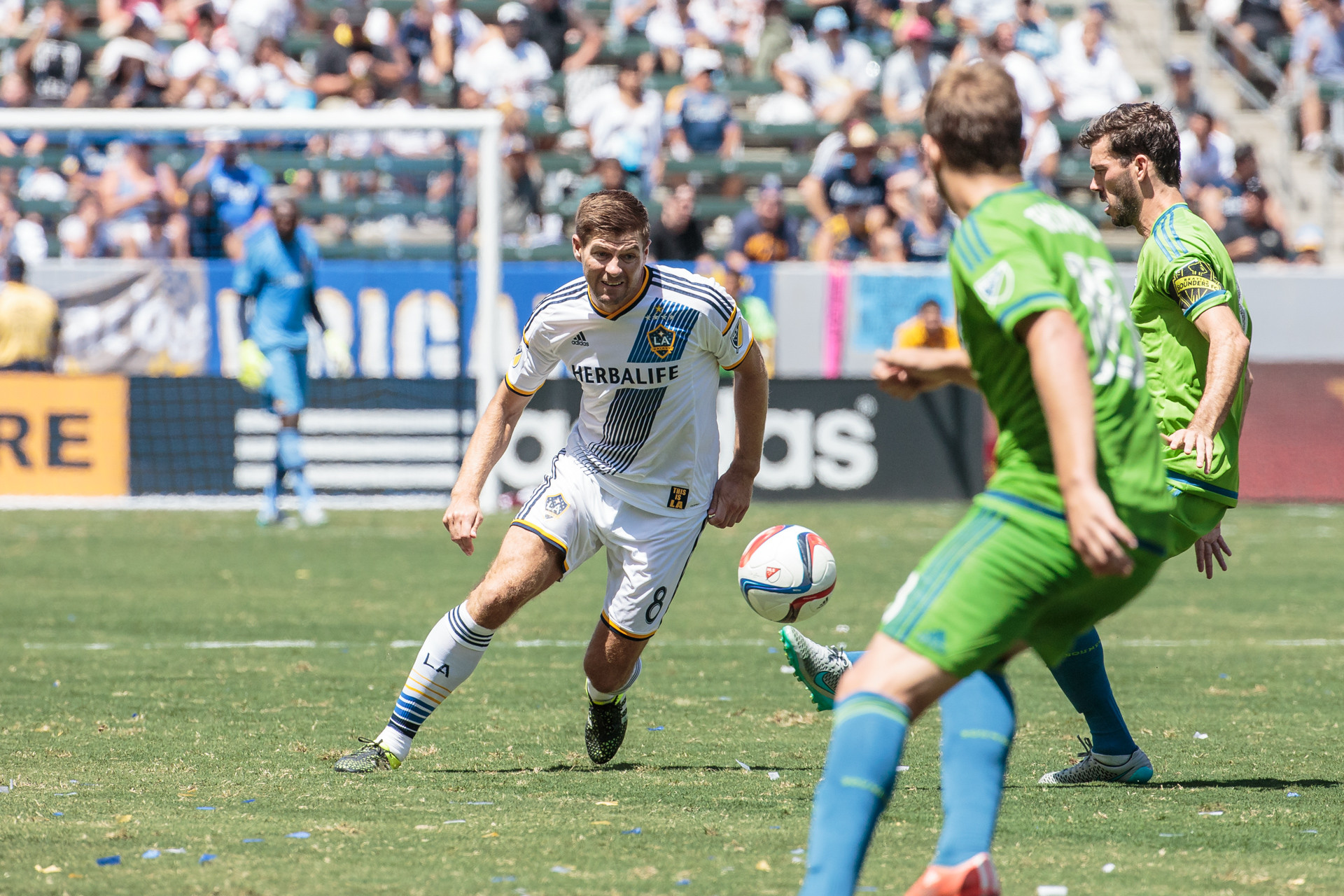 The LA Galaxy come-from-behind to run away from the Seattle Sounders on Giovani Dos Santos’ MLS debut.

In front of a sold out crowd of 27,000 fans, the LA Galaxy pulled out a come-from-behind victory,  3-1,  against the Seattle Sounders on a hot Sunday afternoon. In his second Galaxy performance and first MLS appearance, Giovanni Dos Santos scored a goal for the team. The other two goals were scored by Gyasi Zardes and Robbie Keane. The LA Galaxy (11-7-7) are now second in the Western Conference, trailing Vancouver by two points.

The crowds of fans, including former midfielder David Beckham and celebrity chef Gordon Ramsay, arrived to see the newest DP, Dos Santos. Though Dos Santos remained humble in the likes of the great players that have been a part of the club, “Players like David Beckham, Steven Gerrard and Robbie Keane that praise my decision to play here makes me feel very happy and honored.” The starting line-up was strong with Steven Gerrard, Sebastian Lletget, Keane, and Dos Santos.

Donovan Ricketts, recently reacquired from Orlando City, started with the LA Galaxy for the second time in three games replacing Jaime Penedo who left because of dissatisfaction with his contract.

LA had a shaky start as Seattle’s Chad Barrett scored within the first 51 seconds of the match. Seattle’s good fortune was short lived though, as Barrett injured his hamstring while celebrating the goal and had to leave the match. The Galaxy, however, tend to show little mercy to teams that score first in their home stadium. Zardes quickly leveled the score in the 13th minute on a goal assisted by Junhino.

Head Coach Bruce Arena, though happy with the result, was honest about the playing conditions for both teams:

“Obviously we battled back well. I think on the day I applaud both teams. We shouldn’t be playing games at 1 o’clock in the afternoon in the summer months. This was really challenging for the players and for our team to concede a goal early and have to fight back in these conditions is pretty good. I give them a lot of credit; it was a pretty good effort.”
—Bruce Arena

In the 64th minute, Dos Santos, assisted by Keane, managed to score past Seattle goalkeeper Stefan Frei. LA won the fifth game in a row at home and have now extended their home unbeaten streak against Seattle to 11 games.

“The last 20 minutes of the first half, you could see signs as we were getting the ball to Gio’s feet quickly and he was causing a few problems. Then in the second half, as soon as we got that early goal, it was game over in the way that we played. Gio got his goal, not an easy finish, it was a good finish.”
—Robbie Keane

The Galaxy are off to face FC Dallas on Saturday.