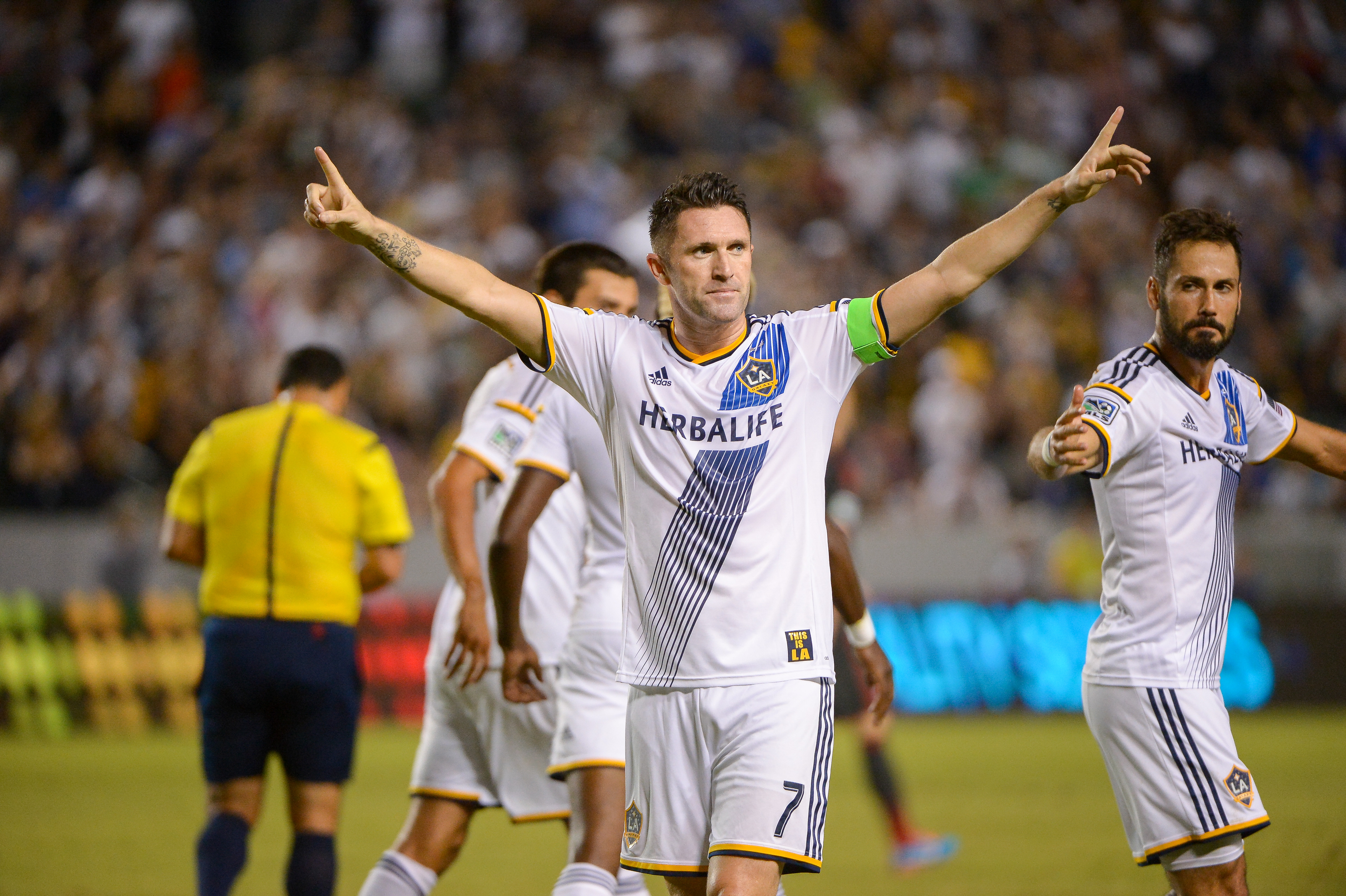 LA make out like Bandits, Steal Three Points in Dallas

Earned or not, the LA Galaxy will take any road win they can get. This is the team that went nearly a year without winning away from home (and somehow nabbed a championship in the process). So regardless of how sloppy the performance, the Galaxy are undoubtedly thanking their lucky star — literally — for helping them turn a 0–1 deficit into a 2–1 win against an FC Dallas side that looked better on the night.

LA’s problems were apparent from the opening whistle. In the first 30 minutes of play, the Galaxy scrambled to string together passes. Blame it on the heat, or the travel, or even FC Dallas’s sustained pressure — at some point the excuses feel like, well, exactly that. In the first 30 minutes FC Dallas were the better team. And then in the 33rd minute, disaster struck.

If there’s one takeaway to be had from this game, it’s the further evidence that LA’s defense is struggling. When Dallas’s Michael Barrios took the ball on a long sprint down the right side, he had several Galaxy players to beat. Barrios’ run looked, at best, ambitious. But then Omar Gonzalez flubbed his slide — and worse, when A.J. DeLaGarza got a second chance at a slide he only managed to nudge the ball away from the outstretched arms of Donovan Ricketts. Barrios found himself one-on-one with an open net, and he didn’t hesitate to put the home side ahead.

If there’s one takeaway to be had from this game, it’s the further evidence that LA’s defense is struggling.

The Galaxy spent the rest of the first half reeling. And by the end of it, with little possession, even less urgency, and a profound inability to string together an attack, the Galaxy looked destined for another disappointing defeat on the road.

Then my connection went out.

By the time it came back, the Galaxy were up 2–1. Really. I can’t tell you what happened, but I can show you:

Robbie Keane played the part of savior — a familiar role, to be sure — and all the Galaxy had to do was hang on to their slim lead. But with Dallas pressing and LA’s defense (especially, frankly, Ricketts) in a constant state of one-step-behind, “hanging on” looked tougher than ever.

In the 76th minute Alan Gordon subbed in for Dos Santos, as if the offense is where the Galaxy needed help, and minutes later he flubbed a great chance on the steps of Dallas’s goalmouth. But Dan Gargan provided the defense with fresh legs when he switched in for Robbie Rogers, who appeared to have tweaked his right knee. Dallas continued to pound against the Galaxy’s back line, who — to put it nicely — hunkered down.

There was nothing pretty left in the game. I found myself half-wishing my connection would go out again. It didn’t. The final fifteen minutes were best described as “weathering the storm,” although LA did manage to put together one decent counterattack that sputtered out when Keane played the ball just a step behind Zardes.

It’s hard to imagine anyone from LA feeling good about this game. On one hand, yes: good teams find a way to get results, even when they’re playing poorly. On the other hand, is this how a championship team looks in August? On paper the Galaxy’s stacked midfield should be one of the best in the league. On the field, on a Saturday in August, they were handily overrun by Dallas. And on paper a striker tandem of Robbie Keane and Giovani Dos Santos reads like a dream. On the field, they haven’t quite clicked.

One uninspired win won’t worry any Galaxy fans. And it shouldn’t. But if you were looking for championship-calibre play, on Saturday night, you were watching the wrong game — that game was happening about 500 miles north, in a little town called Kansas City, where Benny Feilhaber and Paulo Nagamura were giving the Galaxy squad something else to think about during their long flight home.