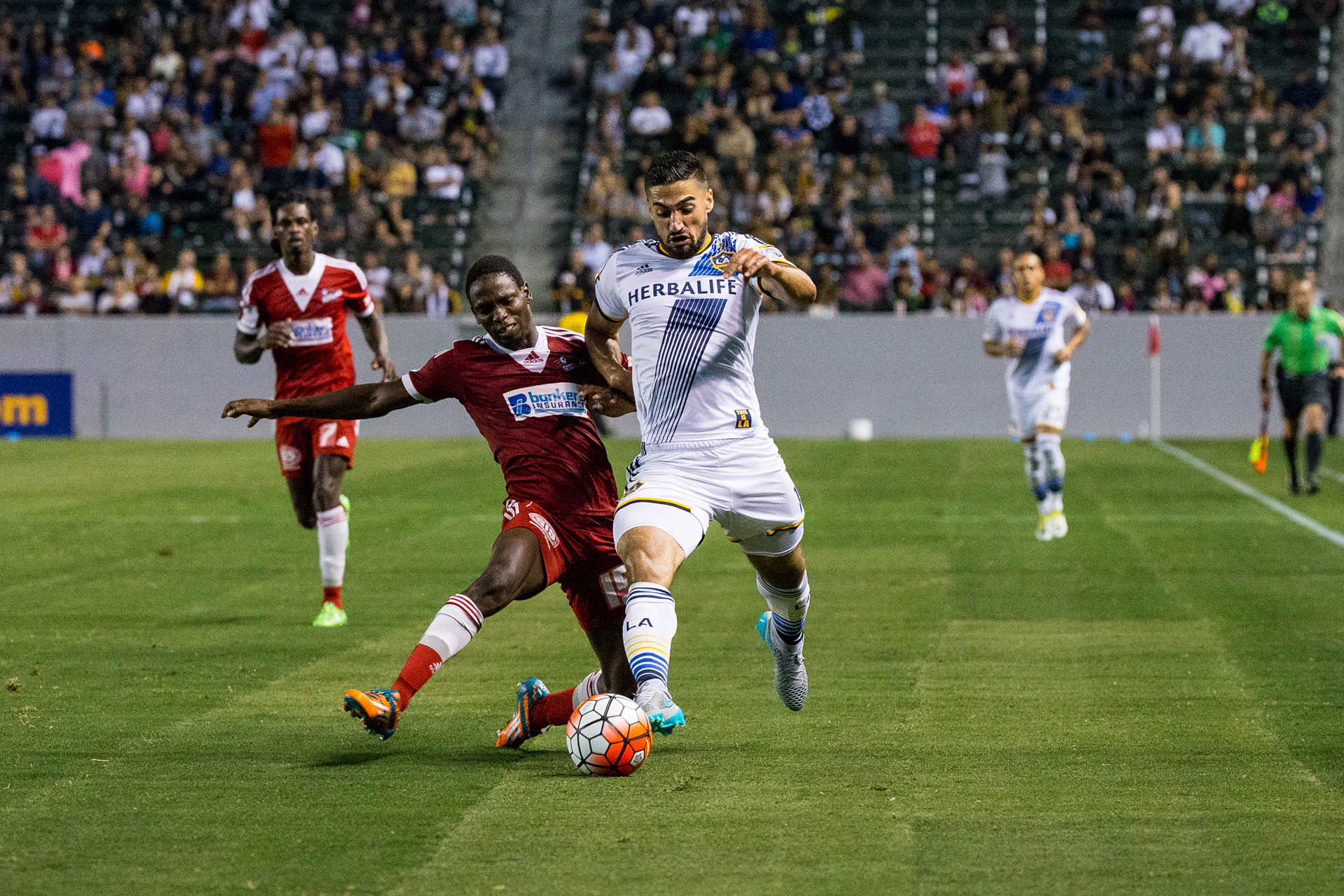 “The more difficult the victory, the greater the happiness in winning.” – Pele

As LA Galaxy fans, we take for granted so much that other MLS fans would give their eye teeth to have – Best coach in MLS? Done. Most devoted ownership? Yes. Incredible academy system? Natch. Legendary players? You know it. Treasure chests of silverware? Yeppers.

Would it be sweet to snag another Supporter’s Shield? Sure would. Do I want another MLS Cup? Of course I do, I’m a greedy fan, all trophies to me glimmer with the thrill of victory and the tears of our opponents – Sounders, Salt Lake, Houston, they’ve all tasted bitter defeat at our hands. But as fans we should always be asking of our ownership how they, we, how our team and league can take the next step forward. While trophies in MLS are delectably sweet, a nagging hunger for more exotic fruit has gnawed inside me for so long it is now a full-blown craving.

Easier said than done. Not, as some critics (read: Liga MX fans) speculate, because we lack the talent, because there are very few teams in CONCACAF that can fairly stand toe to toe with the Galaxy when we’re fully fit and on our game. Rather, CONCACAF is such a basketcase of a Confederation that the number of affronts and indignities we will likely have to endure in order to win the Champions League would test the resolve of any club.

Ungodly travel, horrific heat, and shambolic pitches are all elements that a player signs up for when he plays in the CONCACAF Champions League. But the chicanery of CONCACAF is another business entirely. For a case in point, we need only revisit the game the LA Galaxy played two weeks ago against Central FC. The LA Galaxy soundly beat the Trinidad and Tobagan champions but the game’s outcome was marred by appalling officiating. Head Referee Chris Reid made a series of atrocious calls against the LA Galaxy: phantom penalties, errant offside calls, wrongfully disallowed goals. The referees simultaneously bent over backwards to help the visitors: indeed, their failure to call increasingly violent fouls on the LA Galaxy players eventually resulted in injury to Raul Mendiola, the energetic 20-year-old attacker whose brilliant play for Los Dos this year had started to earn him first team minutes. Towards the end of the first half, Central FC goalkeeper Jan-Michael Williams came off his line, collided with Mendiola outside the box and gave Mendiola a harsh elbow to the back of his head. Mendiola went down and had to be stretchered off the field. The LA Galaxy has not publicized the extent of Mendiola’s injuries. However, Mendiola was not in the eighteen for the LA Galaxy’s game against Dallas nor did he play for Los Dos against the Austin Aztex on Saturday night: if he was healthy he would have been in the lineup for one team or the other.

“Welcome to CONCACAF.” – Bruce Arena, (August 6, 2015) on the inconsistent officiating in the LA Galaxy’s game against Central FC

It is unclear whether CONCACAF is capable of producing a tournament in which the outcome is not in some way infected by graft or fan misbehavior. After the Panamanian and Costa Rican FA’s protested the officiating during the 2015 Gold Cup, CONCACAF announced that acting president Alfredo Hawit would oversee a review of CONCACAF’s Refereeing Department. But a mere week later the referees in the Galaxy’s game versus Central FC clearly attempted to affect the outcome of the game. I have reservations about whether it is worth risking the safety of our players to engage in so crooked a process. If the LA Galaxy make it to the CONCACAF Champions League final at the expense of entirely avoidable injuries to our men, it will surely feel like a Pyrrhic victory.

Nonetheless, until Bruce throws in the towel on the Champions League as a tournament so infested with malfeasance that MLS should call quits on the process, I will commit myself 100% to this endeavor. Winning in MLS isn’t enough anymore, not if the LA Galaxy want to continue as the standard bearers for this league.

So a rundown on our opponents: C.S.D. Comunicaciones plays in the Liga Nacional de Fútbol de Guatemala and is the most successful club in Guatemalan history.   It has won thirty league titles and previously won the CONCACAF Champions Cup (the competition which preceded the CONCACAF Champions League) in 1978.   Though the Guatemala National team did not exactly take CONCACAF by storm during this year’s Gold Cup, almost every player that participated in that tournament on Guatemala’s behalf plays for C.S.D. Comunicaciones, so these players represent the crème de la crème of the Guatemalan football world.

As in Liga MX, the Liga Nacional de Fútbol de Guatemala plays an Apertura and Clausura tournament in which the season is divided into two sections each with its own champion. However, Guatemala’s season starts in July which means C.S.D. Comunicaciones is still working out the pre-season kinks, having only played four games this season. Like the LA Galaxy, C.S.D. Comunicaciones played a game on Saturday (a 1-0 victory over Antigua GFC) but otherwise haven’t had a great start to the 2015-16 season. Their two big goalscorers are 25-year-old striker Rolando Blackburn and 29-year-old midfielder José Manuel Contreras.

The LA Galaxy play C.S.D. Comunicaciones on Tuesday, at the StubHub Center, at 7 p.m.