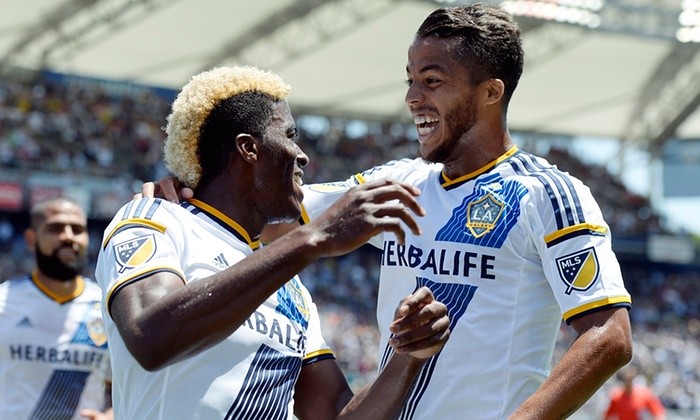 Forbes has just released a list of the most valuable teams in MLS. This is the third list of its kind, preceded by Forbes valuation lists in 2013 and 2008. This type of analysis can give bragging rights to some fans, provide talking points for the media, and give outsiders some insight into the modest growth experienced domestically for the Beautiful Game. As it stands today the LA Galaxy sits at number two on Forbes’ list with a value of $240 million. The Seattle Sounders earned the top spot ($245 million) and Houston Dynamo sits at number three ($200 million).

MLS has not only seen a growth in overall value of the teams, but growth in viewership, fan attendance, top-tier players, and even a growth in the number of teams that participate in the league. A projected 22 teams will be a part of Major League Soccer by 2017 and that doesn’t include David Beckham’s Miami team.

When we shine a light on the LA Galaxy, we can see that their value has increased handsomely in recent years. In 2008, they were in the top spot thanks to that Beckham bump from 2007, valued at $100 million. Even though this year they’re in second place, you can see what a jump they’ve made in seven years to $240 million. Despite the fact that the Galaxy had relinquished their position as the highest valued team in 2013 they were still valued at $170 million. An increase in value of $70 million over two short years is something that any ownership group would happily accept.

What does this all mean? For one: MLS as a whole is showing growth. In fan attendance, for example, the LA Galaxy’s home stadium boasts 27,000 fans at sold out games. This 2015 season we’re seeing a lot of sold out matches thanks to the addition of some of the most recognizable players in soccer. A titan of the English Premier League, Steven Gerrard, arrived early in the summer from Liverpool and was followed shortly thereafter by Mexican forward Giovanni Dos Santos.

As recent as 2014, no two players had done more for the Galaxy’s national and global brand than Landon Donovan and David Beckham. However, with the introduction of the new Targeted Allocation Money system, the wage gap was able to shrink enough that the Galaxy could bring in new Designated Players (DP’s) like Gerrard and Dos Santos. In addition, with a combination of smart acquisitions like Sebastian Lletget and player development in the form of Gyasi Zardes, the Galaxy has arguably the deepest team talent wise in the history of the league. The star power continues at games like this Sunday’s sold out match against NYCFC, who will run out players like Frank Lampard, David Villa, and Andrea Pirlo. This trio against the Galaxy’s very own Robbie Keane, Gerrard, and Gio, attracts thousands of fans who may have previously only followed other well established top-tiered leagues around the world.

But Forbes is not obliged to simply paint a rosy picture for MLS and didn’t hesitate to highlight the struggles for the league in their trek toward earning respect in the sporting world at large. It is not a great leap to say that MLS still has a long way to go. The highest valued teams in the world like Real Madrid, FC Barcelona, and Manchester United are valued in the billions, at $3.26 billion, $3.16 billion, and $3.1 billion respectively. Getting players from teams of the same caliber is not a bad start and clearly signals the intent of MLS brass to be a top tier league sooner rather than later.

Stadiums built specifically for teams is one of the attributes Forbes listed as a reason for the increase in values of the teams. When the league started two years after the highly successful 1994 World Cup hosted in the United States it was normal to see matches played in cavernous football (pointy ball) stadiums with confusing lines and markings intended for the other sport.  The MLS commissioner and ownership groups realized that a key to growth and eventual profitability would be to have each team play in a soccer specific stadium (SSS) owned by the team.  The LA Galaxy has this in the Stub Hub Center, and an added bonus is that it no longer shares the stadium with Chivas USA which was recently acquired by the league and promptly folded.

Interestingly, while revenue is up for MLS as a whole, the LA Galaxy has the same revenue numbers for 2014 as they did for 2013. To be fair, the Galaxy may be doing better in 2015 with the addition of new players and truly competitive matches against great teams that also have strength in superstar names.

Here’s the thing, the Galaxy have consistently played as one of the strongest clubs in MLS and in this new world order where there will be another Los Angeles team, there’s another solid NYC team, and more teams on the horizon, the Galaxy have that consistency to lean back on. Getting players in the prime of their careers like Gio will not only put eyes on screens and butts in seats, but money invested in jerseys, hats, scarves, beer, hotdogs, (you get the picture) can mean that one of the highest valued teams in the MLS market can remain competitive and relevant.

The Galaxy has positioned itself wisely to compete domestically and internationally on the pitch with an astute combination of world class talent, players cast aside by other clubs, and a development academy that continues to churn out first team contributors. Financially, the Galaxy benefits from being known worldwide and has the ability sell its stadium out on a regular basis. The future is bright for the Galaxy and MLS, and is certainly exciting for fans who have watched the league develop from its conception in the sunny days of 1994. There are pitfalls along the way that must be negotiated carefully so that the league can accomplish its mission of eventually becoming one of the top leagues in the world. With the right leadership in place it is going to be fun to see where we are the next time Forbes compiles its list of the most valuable teams in MLS.