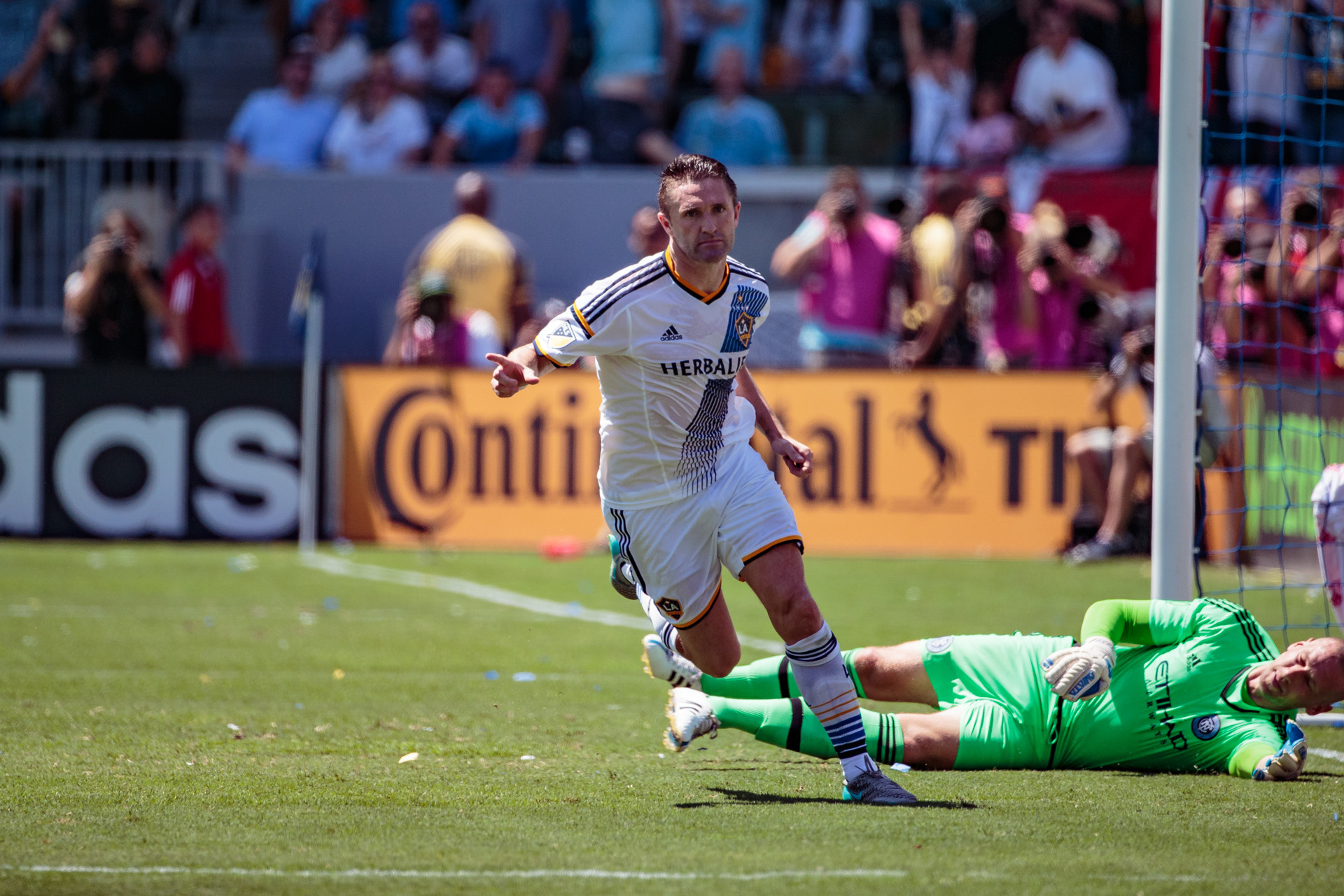 In a match that was dubbed as one of the biggest in MLS history, mostly due to the serious number of superstars lining up on both sides, it was the homegrown kid Gyasi Zardes who opened the scoring for the Galaxy. And when all was said and done, the boys in white waltzed their way to a 5-1 victory over New York City FC in front of a packed StubHub Center.

This was a clinical performance from the defending champions all the way across the board. They attacked with venom and made the most of their opportunities while maintaining a strong presence at the back, limiting Jason Kreis’ club to a lone goal from the spot.

Early in the match the east coast club looked the better of the two, maintaining possession and even getting a half-chance in the sixth minute of the match through David Villa; he was closed down by Omar Gonzalez and his effort bounced softly into Donovan Ricketts’ arms.

“I think New York is a good team and we sort of had to work them out, and that did take a bit of time.”
—Steven Gerrard

After the fifteen minute mark, however, the Galaxy started to settle down and control the match. Robbie Keane had his first couple of looks at goal eighteen minutes in as his first shot deflected out for a corner, then a free header missed inches wide of the far post. Nine minutes later he had another opportunity to score the first goal, but somehow his shot deflected underneath the cross bar and back out.

Then David Villa was called for a soft foul on Juninho, and the midfielder wasted no time putting the ball back into play.. He rolled it out wide to Robbie Keane, who pulled away from his defender and placed a pin-point cross onto the head of Zardes. Gyasi buried it, sending the home side up 1-0.

“Let’s acknowledge that they are a great team, they are a better team than us, they are the defending champions. When you play against a team better than you the only thing you can do is stay 100 percent focused and after the 20th minute we didn’t do that.”
—David Villa, NYCFC

Keane doubled the lead for the Galaxy eight minutes after the restart. Giovani Dos Santos received the ball on the right side of the pitch as Zardes ran around towards the middle to open up some space. Dos Santos slipped in Keane and the goal scorer beat Saunders easily.

Giovani Dos Santos scored yet again for Los Angeles in the 67th minute of play. He peeled off the shoulder of Jason Hernandez and Robbie Keane returned the favor by playing him an inch perfect ball which GDS chipped the NYCFC goal keeper for the third goal of the afternoon.

Minutes later, it was Sebastian Lletget’s turn to get on the score board. Zardes sent a ball back towards the middle of the box to find Steven Gerrard. The former English international redirected the shot on goal where Lletget got a touch to redirect into the back of the net.

It surely should have been a fifth goal for the Galaxy in the 73rd after Robbie Keane received a square ball from Giovani Dos Santos. His effort, unfortunately, was not his best and his curling effort was always rising above the cross bar.

Moments after New York City pulled one back, Robbie Keane restored the four goal advantage after Sebastian Lletget started the move with some great build up play. He waited for Robbie Rogers to make an overlapping run and back-heeled the ball to left-back who found himself in acres of space. Josh Saunders came off his line ever so slightly as one Robbie found the other and proceeded to bury the shot.

Los Angeles should have scored a sixth goal with just a couple of minutes remaining in the match after a long run by Steven Gerrard. He found an open Robbie Keane inside the area and for some reason, tried to square the pass back to Gerrard. Needless to say, the return pass was not expected and NYCFC cleared the ball away from the danger zone.

“In the first 15 minutes, we didn’t have control of the game, but once we got a hold of the game and stopped them from playing, from getting on the ball, I thought we were the better team and once we got that first goal, I think it was always going to be the case that we were going to win.”
—Robbie Keane

The G’s are continuing their dominance at home, scoring 23 goals at home in their last five home matches — while becoming the first club to reach the 1,000 goal mark thanks to Robbie Keane — and are starting to find a groove on the road, having won their last two matches. Should this trend continue for the rest of the season, come playoffs, who knows what they are capable of achieving.